Resurgent Chelsea welcome an inconsistent Newcastle United side to Stamford Bridge, with the Premier League top-four within reach.

Thomas Tuchel has reinvigorated Chelsea since taking charge in late January, keeping a clean sheet in all but one of his four Premier League matches in the dugout and winning the last three (D1). Newcastle’s visit should help the ‘Blues’ continue to build momentum, as they’ve won each of their previous seven top-flight meetings at Stamford Bridge, registering a shutout on four occasions in that run. Outstandingly, Chelsea have only suffered one defeat in their 25 historical Premier League H2Hs as hosts (W18, D6). A half-time lead could propel the London powerhouse to another success, as they’ve won 80% of the Premier League matches in which they’ve been ahead at the break this season (GP:10 – W8, D2). But, slow-starting Chelsea have opened the scoring in only 45.45% of their Premier League home outings this term.

On the other hand, Newcastle have claimed two triumphs in their last three Premier League fixtures (L1), as many as they had in their previous 13 in the top-flight (D2, L9). Yet, before beating Everton 2-0 in their last league trip, Steve Bruce’s men had lost five consecutive away Premier League matches, failing to find the net on four of those occasions. Worryingly, the ‘Magpies’ have lost 14 of their last 18 top-flight games held on Monday (W2, D2), drawing a blank in 13 of them! To avoid another upset, starting well will be a priority, particularly given Newcastle have not won any of the 12 Premier League matches in which they’ve conceded first this season (D3, L9). That said, a lackluster first-half approach has seen the traveling side net a league joint-low one away first-half goal this term. 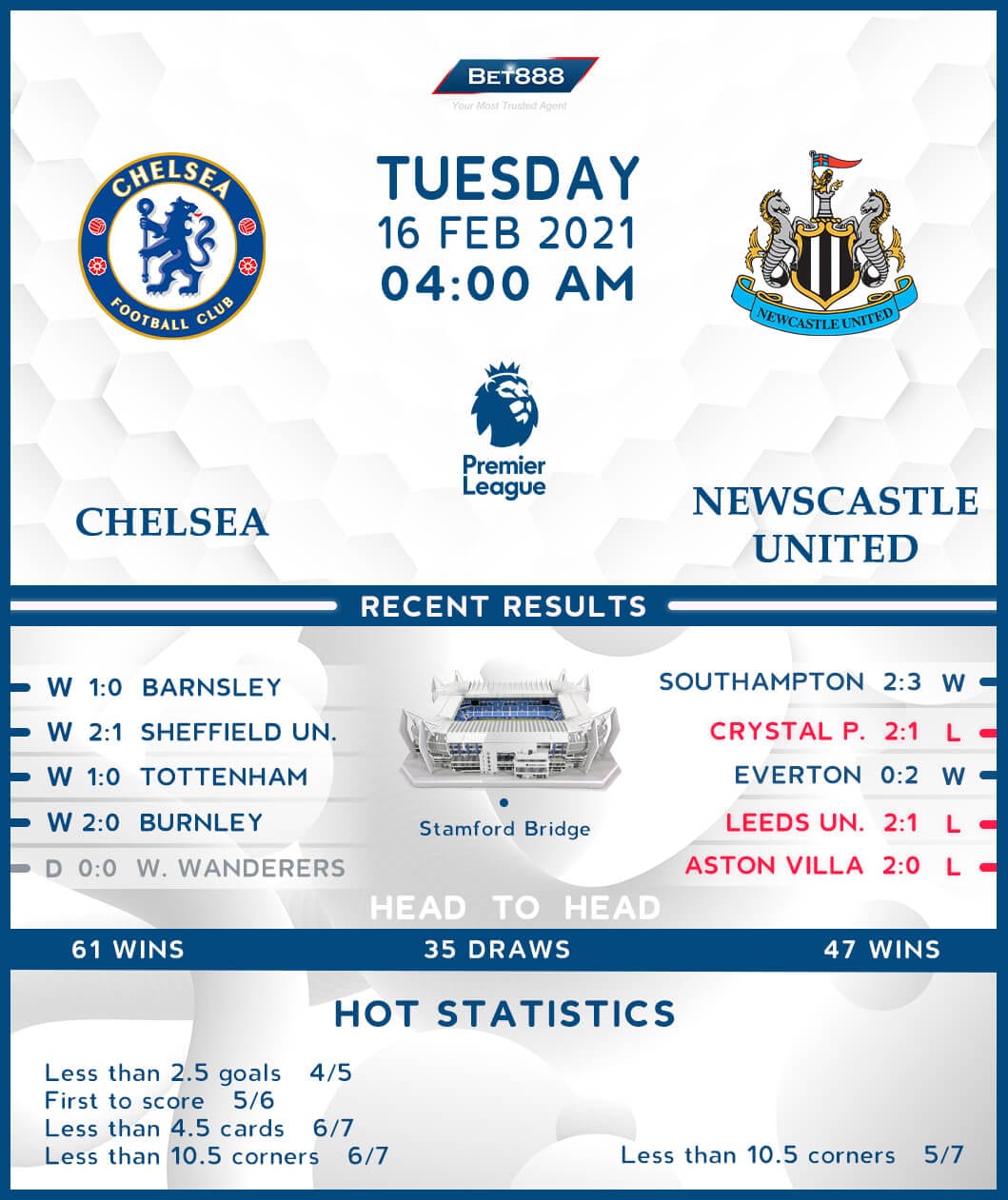