Estadio Ramon Sanchez Pizjuan is the venue as Chelsea look to preserve a two-goal lead in the return leg of their UEFA Champions League quarter-final tie against Porto.

A 2-0 first-leg victory in Portugal means Chelsea have won five of their last six Champions League fixtures against Porto (L1), with four of those six results (win/loss) seeing the winner on the day keep a clean sheet. Additionally, the ‘Blues’ have improved their intimidating European record against Portuguese clubs as it now reads W11, D1, L2. The Premier League giants have also won both of their previous UEFA encounters with Primeira Liga opposition on neutral soil. Adding to Thomas Tuchel’s optimism, Chelsea have successfully negotiated all 13 European two-legged ties in which they won the first leg away from home. The Londoners have been impressive in the Champions League lately, losing just two of their last 16 matches in the competition (W10, D4).

Meanwhile, after racking up a six-match unbeaten streak in the Champions League this season, Porto ended it with a 3-2 extra-time reverse at Juventus in the return leg of their last-16 tie, meaning they head into proceedings having lost back-to-back games in the competition. Porto’s Champions League record across their last 13 outings is perfectly balanced (W6, D1, L6), albeit they have never defeated a Premier League opponent in an away fixture (GP20 – D3, L17). Furthermore, the ‘Dragons’ have lost seven of their last eight European matches away to English sides. Moreover, Porto have failed to win 75% of their UEFA two-legged ties versus Premier League clubs (W3, L9), losing each of the last six. Sergio Conceicao also has to worry about the fact that his men have lost seven of the eight UEFA ties in which they succumbed to a first-leg home defeat. 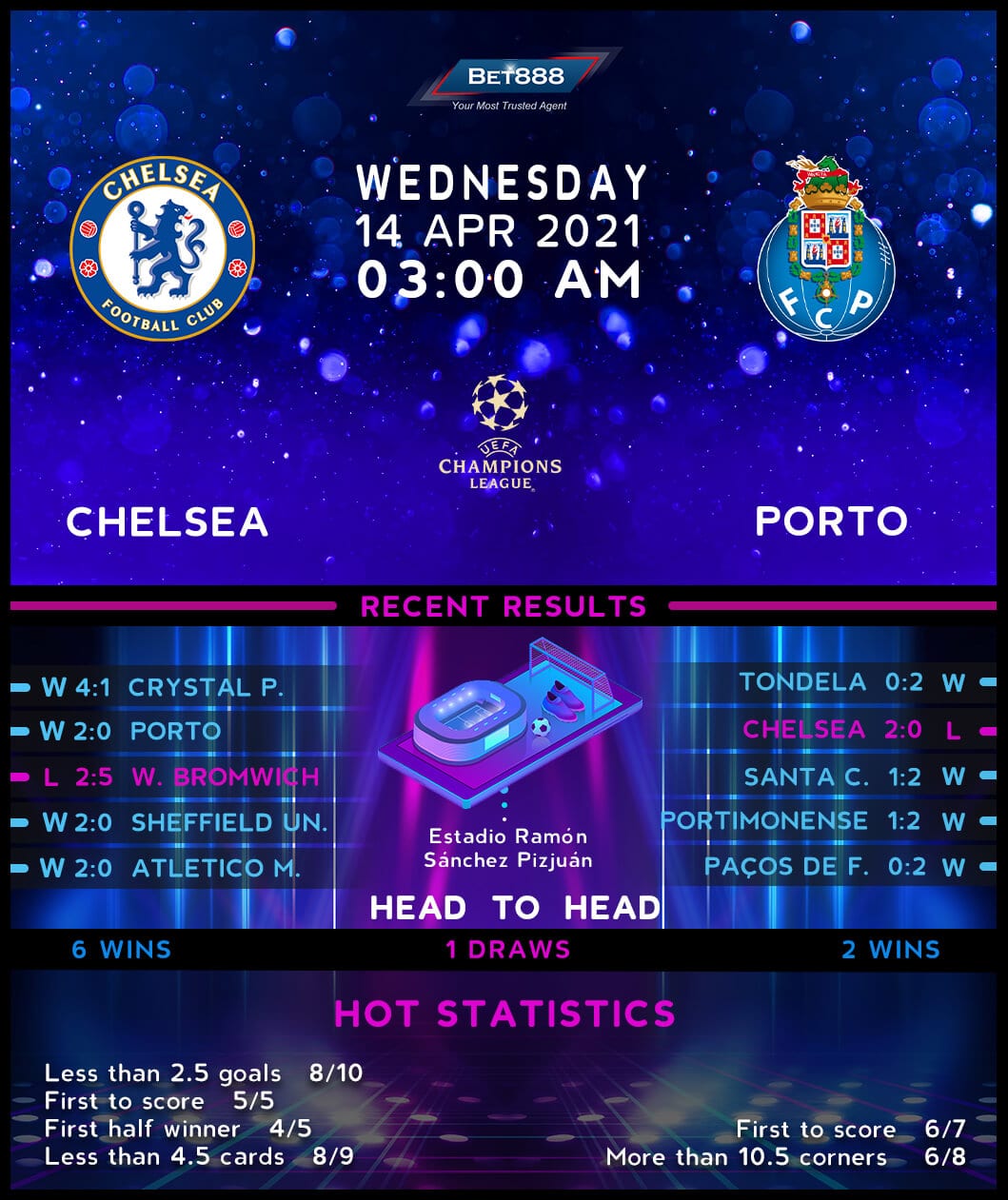