Chelsea and Real Madrid go head-to-head at Stamford Bridge in the return leg of their UEFA Champions League semi-final tie. Following a 1-1 draw in Madrid, there is everything to play for between former European champions.

Chelsea have advanced to their 14th UEFA semi-finals and now look to tie their overall record at this stage of major European tournaments (W6, L7). However, the Premier League giants have claimed only three triumphs across their last nine European matches against Spanish visitors at home (D4, L2). A 2-0 victory over Real’s cross-town rivals Atletico Madrid in this season’s quarter-finals ended Chelsea’s five-game winless streak against La Liga clubs at Stamford Bridge (D3, L2). Yet, it was only Chelsea’s third win in their last seven home knock-out fixtures against Spanish teams (D3, L2). Furthermore, a 3-0 aggregate success against Atletico slightly improved the Londoners’ record in two-legged knock-out ties versus La Liga opposition that currently reads W5, L7. Notably, though, Thomas Tuchel has yet to lose a competitive game against the Spanish sides as a head coach (W3, D4).

Meanwhile, Real Madrid have qualified for the Champions League semi-finals for a record-breaking 14th time, having successfully negotiated each of their last three such ties. ‘Los Blancos’ have lost twice in their previous three Champions League visits to England, barring a scoreless draw with Liverpool at Anfield in this season’s quarter-finals. A 3-0 aggregate win against the Merseyside outfit made it four triumphs for Madrid in their last five two-legged knock-out ties versus English opposition (L1), with their overall record in such engagements reading W9, L5. But the Spanish juggernauts will have to defy tradition if they are to reach the final, having bowed out in seven of the nine Champions League ties in which they were held to a first-leg home draw (W2). Zinedine Zidane’s men have clocked up a nine-game unbeaten away run ahead of this trip (W6, L3), registering a shutout in each of their last three competitive matches on the road. 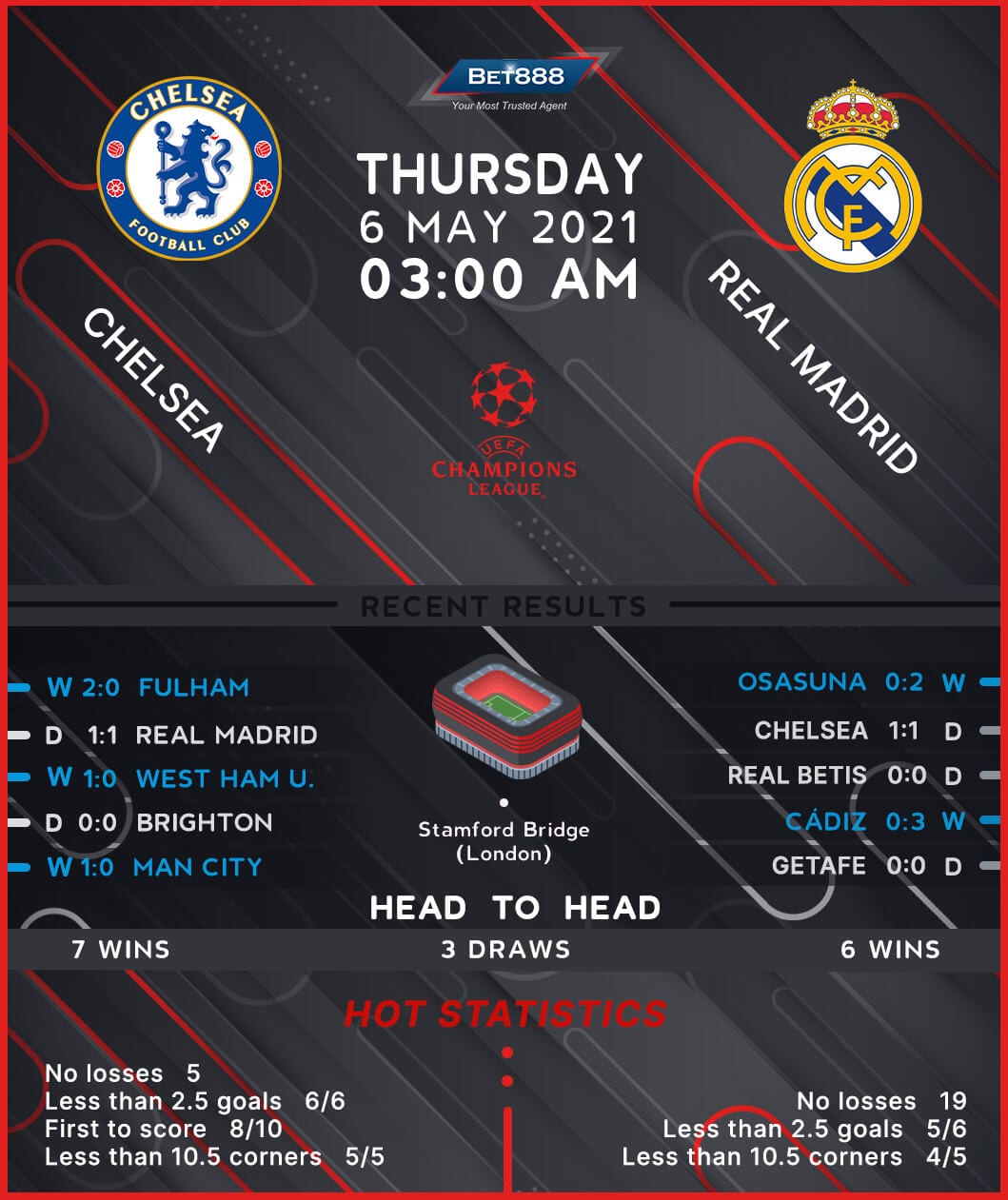