Last season’s encounter in London ended 2-0 in the English side’s favour, extending Chelsea’s unbeaten European streak against Spanish clubs (W4, D4), including all five under the managerial reign of Thomas Tuchel. Since Tuchel’s Champions League debut in charge of the ‘Blues’ in February 2021, the reigning holders have registered ten clean sheets in 15 matches in the competition, more than any other side in that span. Chelsea’s unpenetrable backline conceded a competition-lowest 0.4 goals per game on average across that 15-game sequence, highlighting the German’s defensive-minded approach. What’s more, the Londoners have won their last six Champions League home outings without conceding, including the abovementioned 2-0 H2H victory. Chelsea saw their last-16 tie against Lille a stroll this season, racking up a 4-1 aggregate triumph to reach the quarter-finals for the second season running.

On the other hand, Real Madrid pulled off a sensational second-leg comeback to oust star-studded Paris Saint-Germain in the round of 16 (3-2 on aggregate) to advance to their second consecutive Champions League quarter-finals. However, ‘Los Blancos’ will be taking nothing for granted after coming from behind to beat Celta Vigo 2-1 at the weekend, a match in which they were handed three penalties. Adding to Madrid’s confidence, they’ve only lost once in their last eight Champions League meetings with defending champions (W5, D2), including three wins in a row ‘to nil.’ However, since beating Liverpool 3-0 in 2014/15, the runaway La Liga leaders have gone winless in their last five Champions League visits to English clubs (D2, L3). Yet, Carlo Ancelotti’s men have won three consecutive away fixtures in the build-up to this trip. 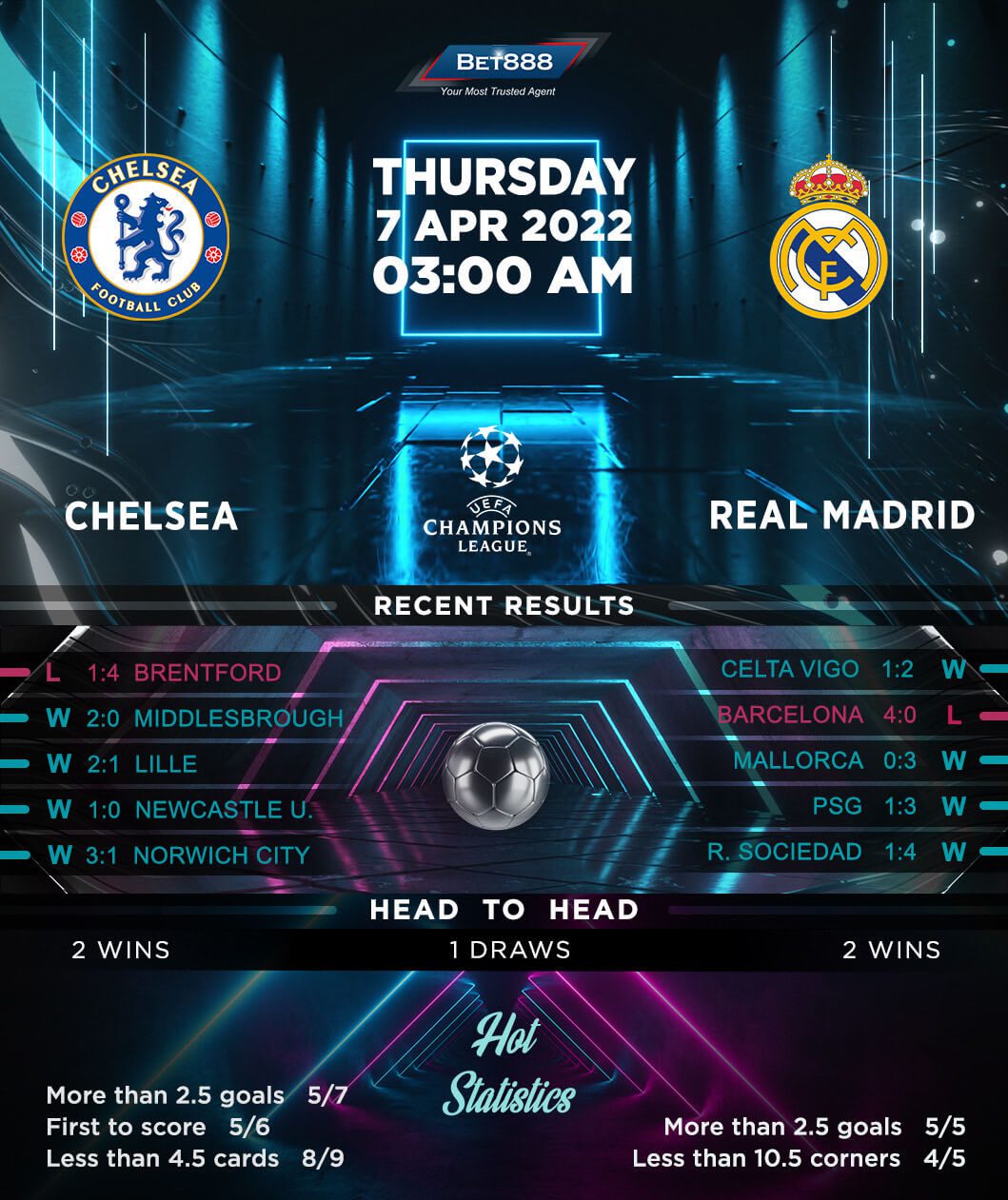