Chelsea have gone into overdrive since Thomas Tuchel arrived at the helm in late January, going unbeaten in all 14 competitive games under the German manager (W10, D4). Having improved defensively, the ‘Blues’ head into this encounter on the back of seven consecutive clean sheets in all competitions. In the Premier League alone, Tuchel has guided his team to nine clean sheets in ten matches in charge, with the lone goal conceded courtesy of a 2-1 away win at Sheffield United. If the hosts register a shutout here, Tuchel will become only the second manager in the Premier League history to keep a blank sheet in his first six home league matches in charge. Notably, the Londoners have not lost any of their last seven top-flight meetings with WBA (W5, D2), coming from a 3-0 HT deficit to clinch a 3-3 draw in the reverse fixture back in October 2020.

Meanwhile, the visitors have gone winless in three successive Premier League fixtures (D1, L2) since beating Brighton 1-0 at home on Matchday 26, frustratingly drawing a blank on each occasion. Indeed, West Brom have been struggling in front of goal lately, failing to find the net in five of their last seven league outings, all of which featured under 2.5 total goals. A lack of scoring capacity has seen WBA net a miserly average of 0.6 goals per league match under current boss Sam Allardyce. Furthermore, along with rock-bottom Sheffield United (4), the ‘Baggies’ (7) are the only side in the Premier League to fail to smash a 10-point barrier away from home this season, having failed to win any of their last five top-flight trips (D1, L4). Yet, they have produced some tight contests on the road lately, as nine of their previous ten away league games have seen the sides separated by under 1.5 goals at full-time. 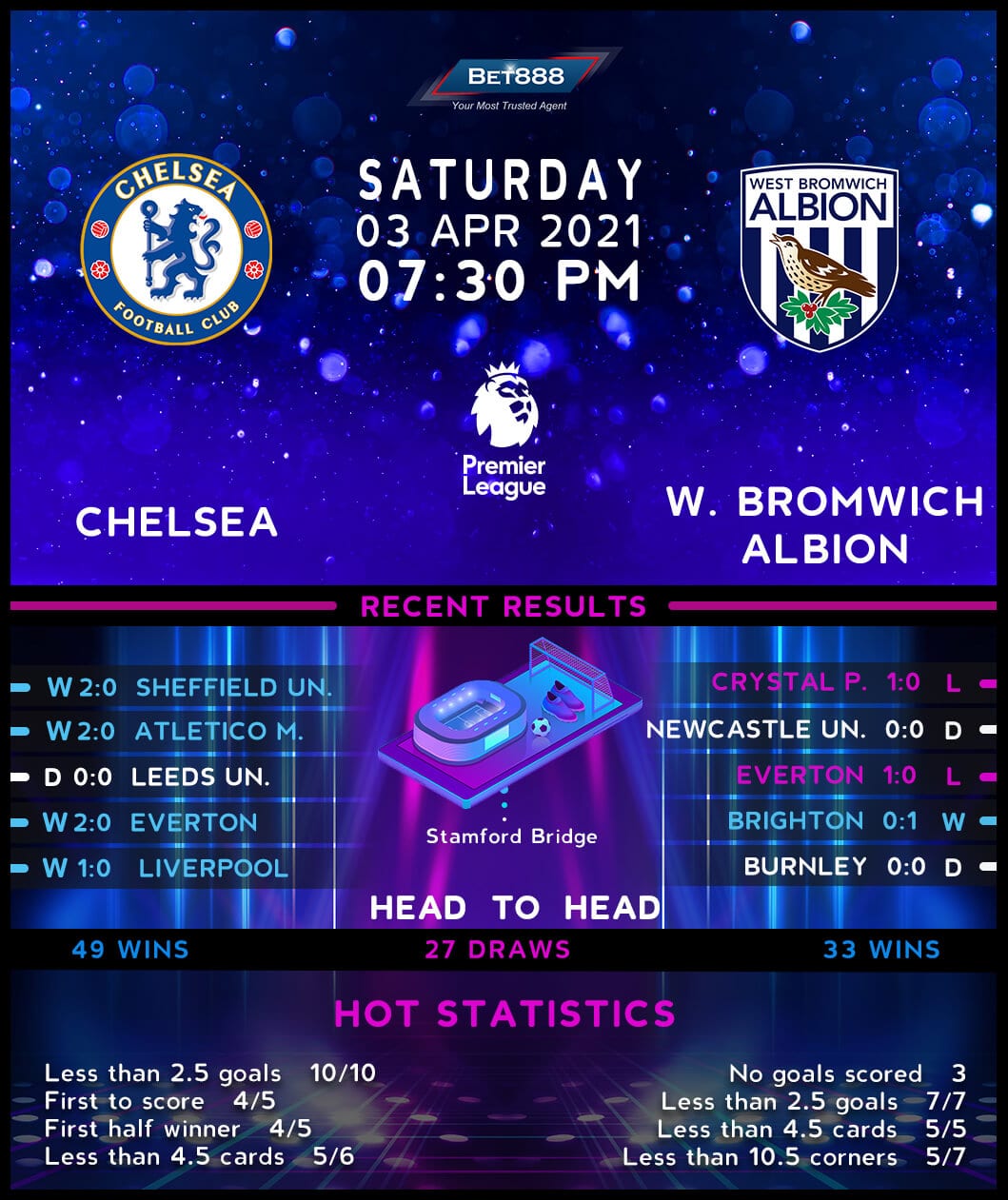