The two struggling teams will lock horns at Stamford Bridge this weekend, as Chelsea meet Wolverhampton Wanderers in an exciting Premier League fixture.

A string of underwhelming performances has seen Chelsea sack the manager Frank Lampard after the ‘Blues’ lost five of their last eight Premier League matches (W2, D1). Wolverhampton could be the perfect opponent for the out-of-sorts London giants to rediscover their mojo, knowing Chelsea have won five of their six top-flight meetings at Stamford Bridge this millennium (D1). Interestingly, each of Chelsea’s five Premier League triumphs against Wolves in the 21st century has yielded a winning margin of at least two goals, which has been the case in all of their four league victories this season. Winning the first half would increase the hosts’ chances of wrapping up all three points, as they’ve won five (71.43%) of the six Premier League games when doing so (D2).

Meanwhile, Nuno Espirito Santo could face Lampard’s destiny should his side falter here, as Wolves enter this round winless in six Premier League fixtures in a row (D2, L4). Away from home, the ‘Wanderers’ have lost three of their last four top-flight matches (D1), conceding ten goals while scoring only four in return! Additionally, the visitors have often failed to impress in the first half this season, finding themselves leading at half-time in just 26.32% of their Premier League games thus far (5/19). Indeed, Wolves have conceded the opening goal in two-thirds of their league trips this campaign (6/9), rescuing just a single point from such contests (D1, L5). Having that said, it may come as some surprise that the majority (57.14%) of their league goals scored this term have come in the first 45 minutes of play (12/21). 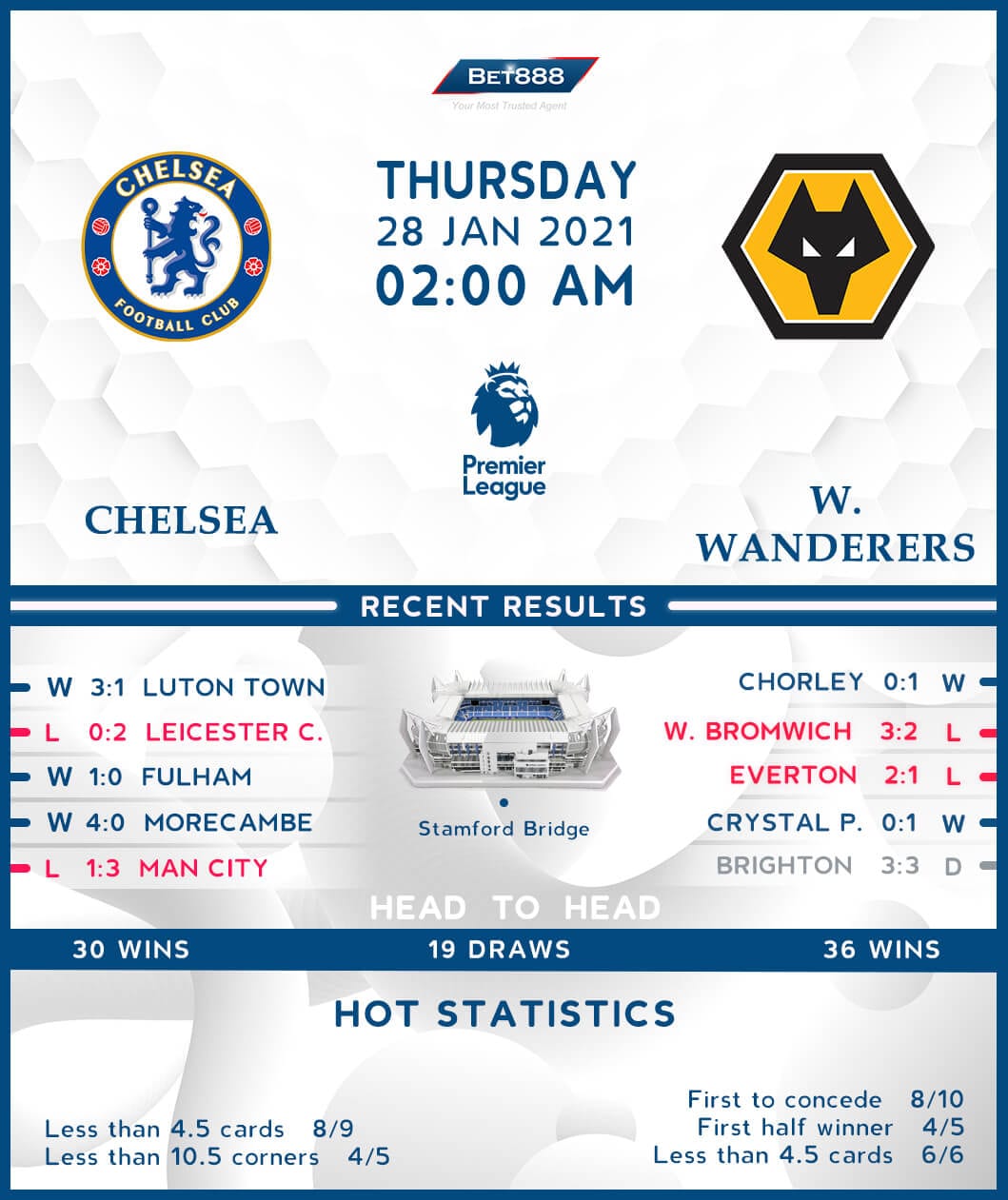