Since bowing out of the 2019/20 Champions League round of 16 to eventual winners Bayern Munich, Chelsea have gone undefeated in 12 of their subsequent 13 matches in the competition (W9, D3, L1). Additionally, the London juggernauts are unbeaten in their previous 11 Champions League group stage fixtures (W7, D4) and are only two matches away from equalling their best such run in the current group phase format. Thomas Tuchel’s side can fall back on another good omen here, as no reigning champions have ever lost their first game of the following campaign when commencing on home soil (W12, D6). Defensively robust, the ‘Blues’ kept more clean sheets (9) in the 2020/21 Champions League campaign. Topically, they have recorded three shutouts in their last four fixtures across all competitions.

In the meantime, the visitors take the field in the midst of their worst-ever winless Champions League streak (D1, L6). Indeed, Zenit completed their 2020/21 Champions League group stage journey without a single win (D1, L5) and have lost each of their previous three European trips to England. Moreover, the Russian heavyweights have failed to keep a clean sheet in five away competitive matches on the trot, last season included. Indeed, Sergei Semak’s men have drawn two consecutive away games in all competitions despite getting on the scoresheet first on each occasion. On the bright side, though, the ‘Blue-White-Sky Blues’ have yet to taste defeat in competitive action this season (W6, D2), remarkably scoring over 2.5 goals five times in that run. 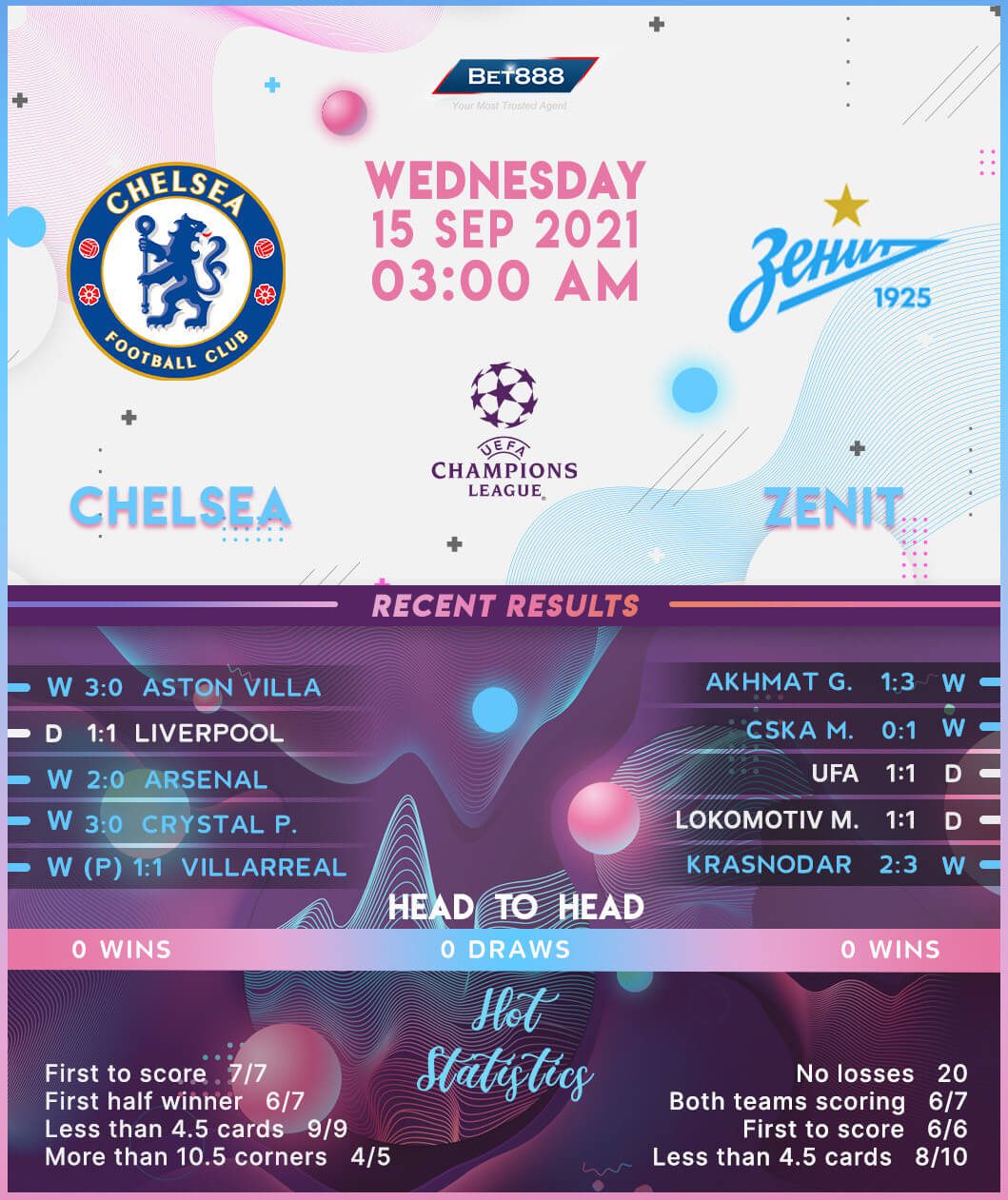