Chiangrai United and Tampines Rovers will both be looking to bounce back from slow AFC Champions League start when they lock horns at the Milliy Stadium.

A 2-1 away loss to Jeonbuk Motors in their opening Group H fixture ended Chiangrai’s run of four consecutive matches without losing (W3, D1 – 90 minutes only). Curiously, five of Chiangrai’s last six games in all competitions have produced the identical 2-1 scoreline (W3, D1, L2), with two of those results (win/loss) seeing the winner come from behind to seal all three points. Even though only one of their last ten competitive matches has ended in a draw (W7, L2), Chiangrai played out plenty of tight, keenly-contested affairs in that sequence. Indeed, seven of those nine abovementioned games won/lost saw the victor prevail by a single-goal margin. Since going down 2-1 to Port in the domestic championship back in late January, the ‘Beetles’ have gone unbeaten in their subsequent nine home matches (W6, D3).

On the other hand, Tampines’ Group H journey started with a whimper rather than a bang, as they suffered a 2-0 home defeat to Nagoya Grampus on Matchday 1. That loss marked Tampines’ second consecutive reverse in all competitions, ending a run of 26 straight fixtures in which they found the back of the net. Moreover, Gavin Lee’s men continue to struggle defensively. The ‘Stags’ will be looking to keep their first clean sheet since early May after conceding 2+ goals in three of their last four competitive outings. It could be a daunting task, though, considering they had failed to register a shutout in seven consecutive road trips in all competitions before claiming a 4-0 triumph over Young Lions in the most recent away fixture. 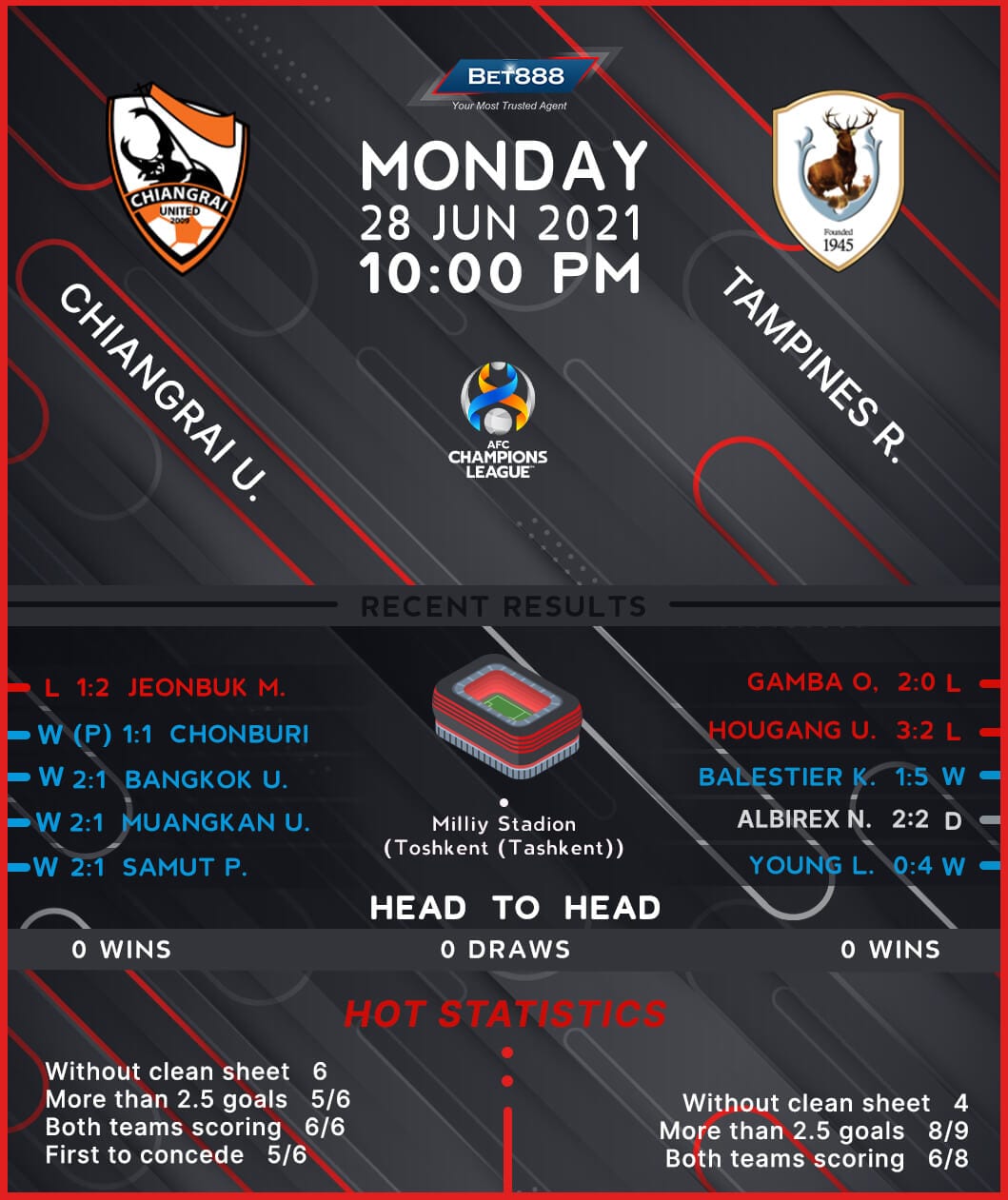