Arena Pantanal is the venue as Chile and Bolivia lock horns in the second round of the Copa America 2021 group stage fixtures.

Chile’s 1-1 draw with Argentina in their Copa America 2021 opener means each of their last three matches yielded the same 1-1 scoreline, including their encounter with Bolivia in the 2022 World Cup qualifying campaign nine days ago. The last time Chile played out three consecutive draws was in June 1998, though they remain a stern test for any opposition, having suffered just three losses in their last 12 international fixtures (W3, D6). Chile’s tremendous ability to bounce back after falling behind has seen them avoid defeat four times in the previous six matches in which they conceded first (W1, D3). Yet, their defensive woes have seen ‘La Roja’ win ‘to nil’ only once in their last 14 outings, a sequence that witnessed them concede 2+ goals on seven occasions.

Meanwhile, Bolivia’s sluggish start to the Copa America 2021 saw them go down 3-1 to Paraguay in the Group A opener despite leading 1-0 at half-time. Bolivia’s dire form at the continental tournament continues as they take the field having lost each of their last nine Copa America fixtures. Since losing to Brazil in the Copa America 1997 final, the Bolivians have made it out of the tournament’s group stage only once in the subsequent eight editions. Since taking charge of the national team as a permanent coach in 2019, Cesar Farias has guided Bolivia to just two wins in 12 international games (D2, L8) and has yet to mastermind a clean sheet. Particularly vulnerable after half-time, ‘La Verde’ registered a clear majority (69.23%) of their goals conceded in that 12-game stretch in the second half of play. 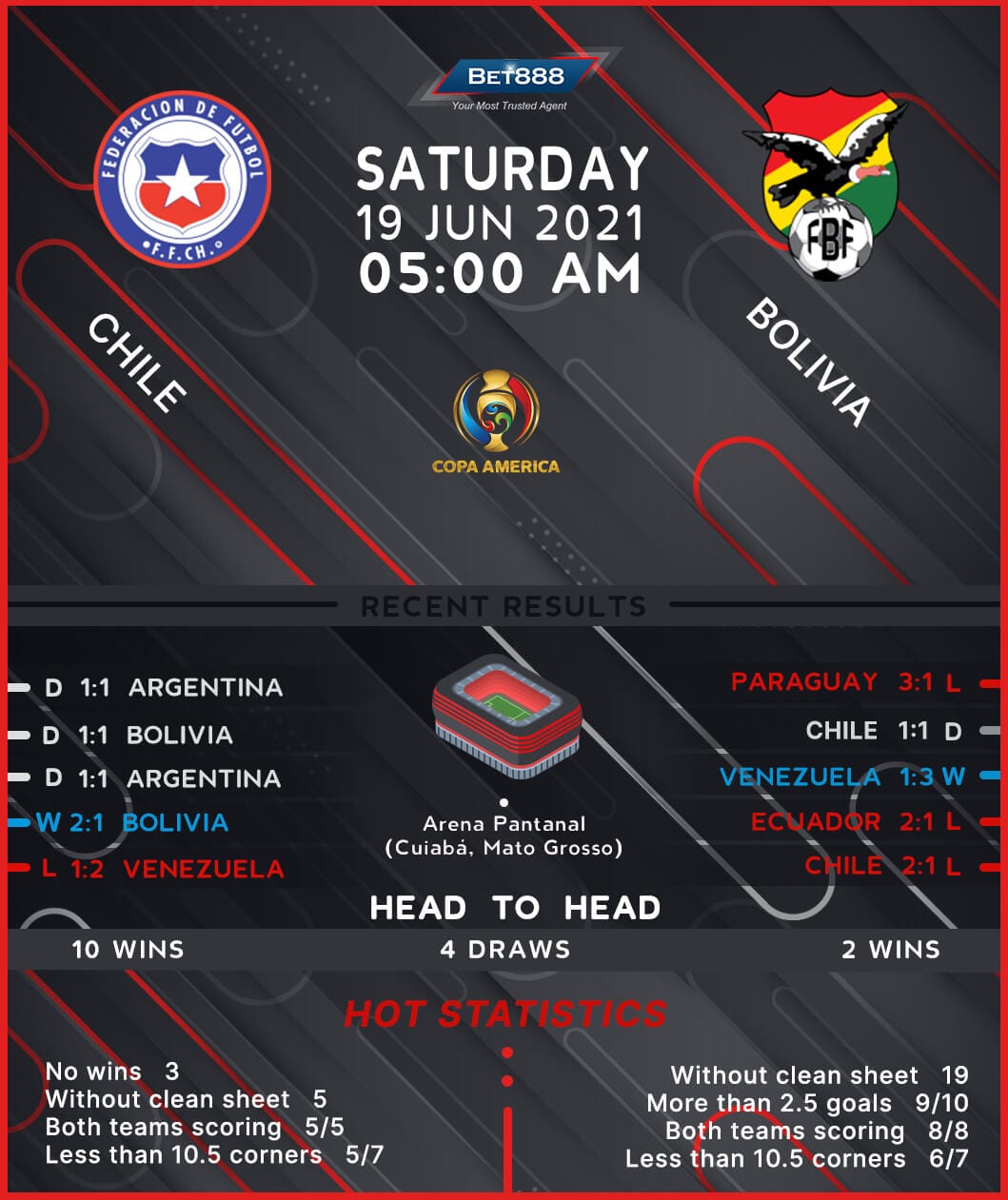