Chile and Paraguay will be hoping to bolster their hopes of returning in contention for the 2022 World Cup qualification when they lock horns at the Estadio Nacional Julio Martínez Prádanos.

Chile’s hopes of breaking into CONMEBOL’s World Cup qualification group top-five have suffered a massive blow as they fell to an underwhelming 2-0 away loss to Peru last time out. Winless in their last seven World Cup qualifiers in a row (D3, L4), the Chileans hover a whopping seven points adrift of the inter-confederation play-off spot, meaning a failed attempt to win here could all but end their hopes of reaching next year’s showpiece. Since beating lowly Bolivia 1-0 in the Copa America 2021 group stage, the hosts have gone winless in their subsequent seven competitive outings (D2, L5), failing to get on the scoresheet five times in the process. Chile’s disappointing recent form, coupled with their disastrous three-game losing H2H streak, indicates they could have a mountain to climb here.

Meanwhile, Paraguay’s stubborn defensive display last time out helped them hold Argentina to a goalless home draw and extend their unbeaten World Cup qualifying run to three games (W1, D2). But with just two wins from their ten World Cup qualifying fixtures (D6, L2), the Paraguayans trail fifth-placed Colombia by two points. So, ‘Los Guaraníes’ can ill-afford a slip-up here if they are to remain within touching distance from the inter-confederation play-off spot. As we approach the business end of this World Cup qualifying cycle, every point could prove crucial to Paraguay’s hopes of reaching their first World Cup finals since the 2010 edition. Despite running out victorious in their most recent visit to Chile, Eduardo Berizzo’s men have endured a tough time on Chilean soil of late, with that triumph halting a run of three consecutive defeats in the country. 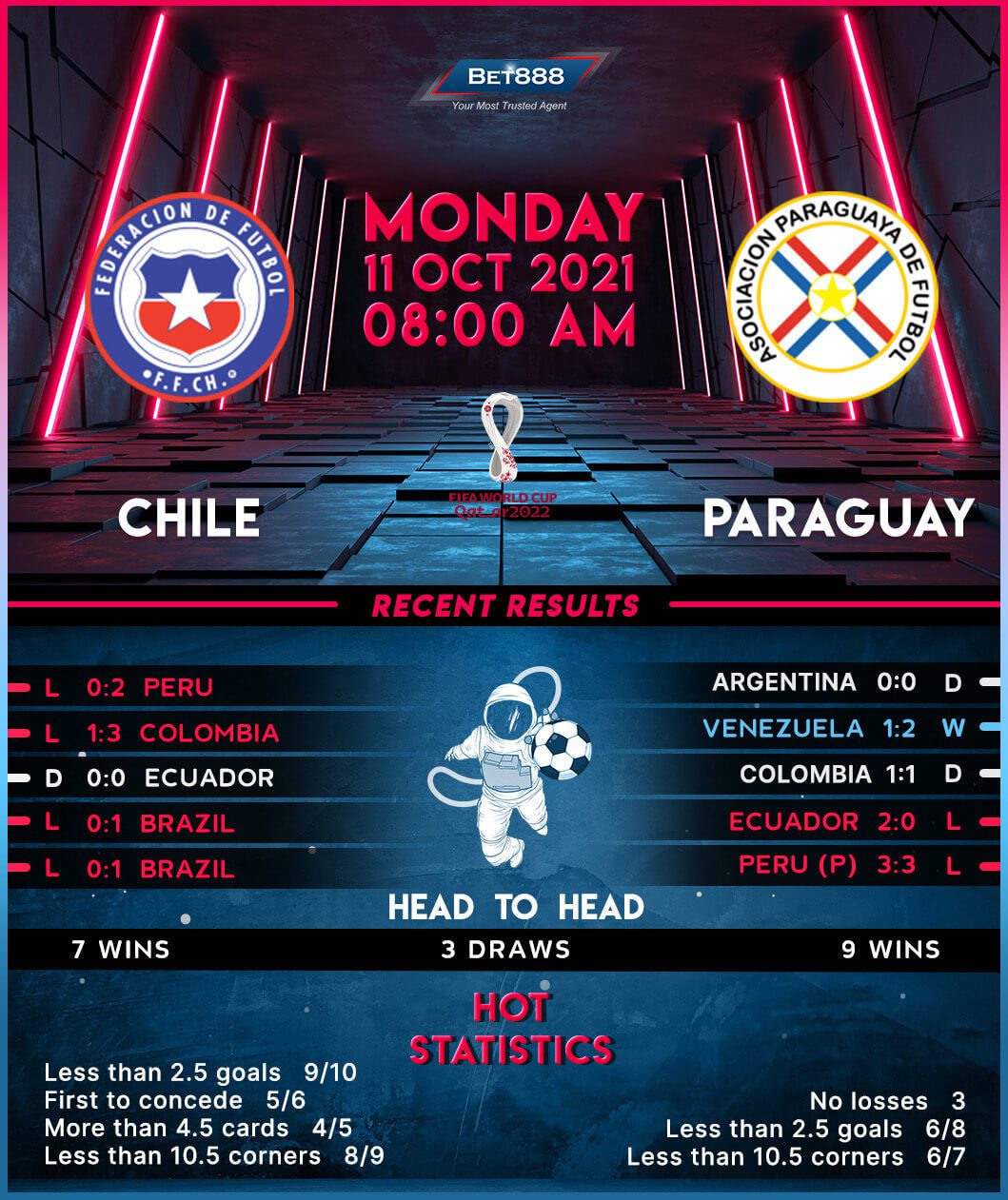