World Cup Qualifying campaign in Asia is well underway as China PR and the Philippines lock horns at the Sharjah Stadium in an intriguing Group A meeting.

Following back-to-back wins against the Maldives and Guam by an aggregate score of 12-0, the hosts have lost momentum, winning just once in their subsequent three World Cup Qualifying games (D1, L1). Except for a 2-1 away loss to Syria on Matchday 4, Li Tie’s men have kept a clean sheet in their remaining four World Cup Qualifying matches this campaign. Delivering action from the get-go, China have netted 2+ first-half goals in three of their five Group A games, getting on the scoresheet within 30 minutes of play in the last two in a row. Before being held to a goalless draw in the reverse fixture, China had won three consecutive meetings with the Philippines by an aggregate score of 13-1, friendlies included.

Meanwhile, the visitors have performed in patches over this World Cup Qualifying campaign, with three consecutive games without losing (W2, D1) sandwiched by a pair of defeats. The Philippines’ recent World Cup Qualifying matches have been notably tight, with each of their yielding a full-time margin of under 1.5 goals (W1, D1, L1). Slow starts could spark some concerns within the Philippines camp, considering Scott Cooper’s men have failed to find the net before half-time in each of their last three World Cup Qualifying fixtures. Since a scoreless stalemate with Indonesia in November 2018, the ‘Street Dogs’ haven’t drawn any of their subsequent seven away games overall (W2, L5), with three of the matches won/lost in that sequence featuring a single-goal margin. 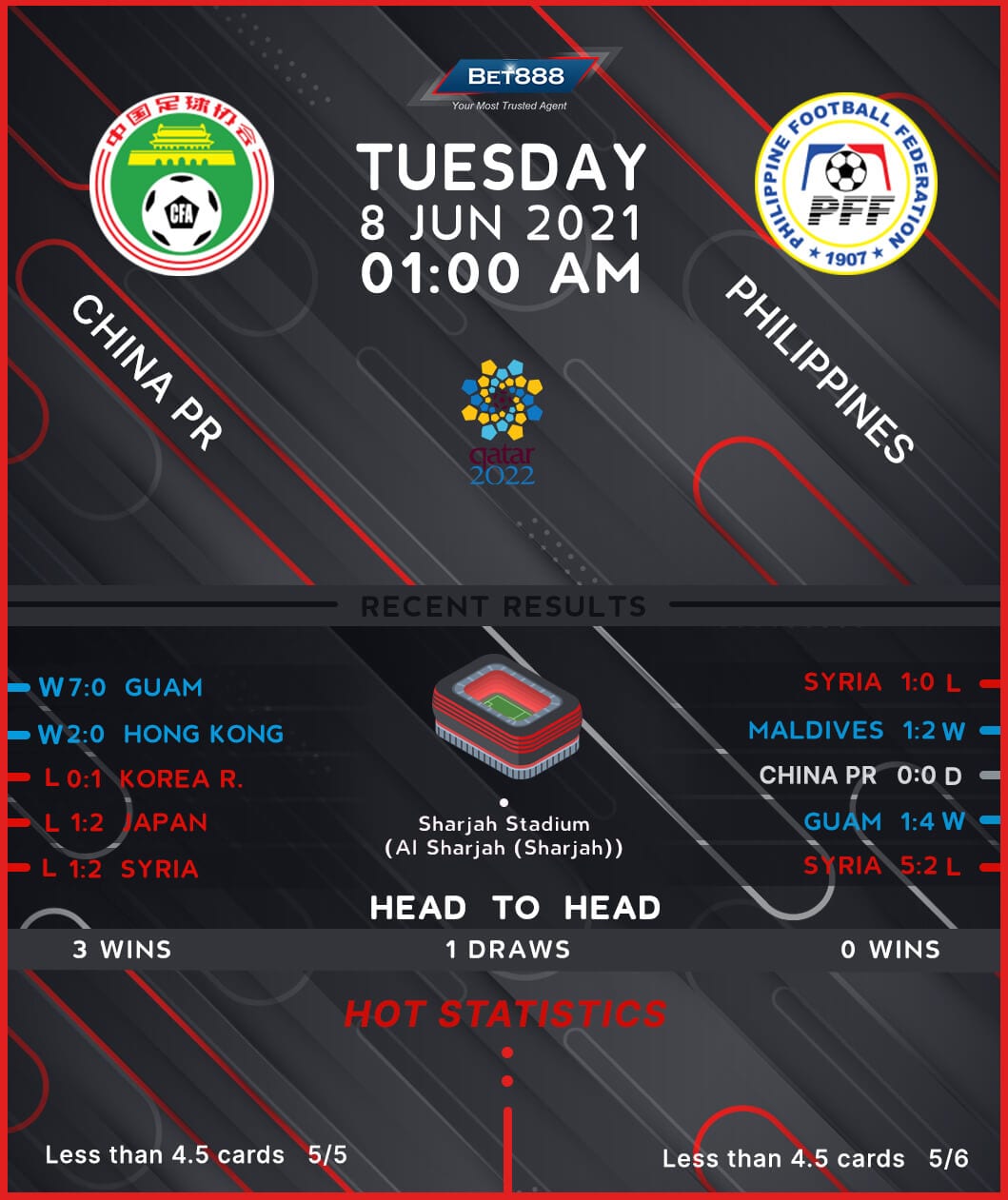