China PR and Syria go head-to-head in a top-of-the-group fixture of the 2022 World Cup qualifying Group A at Sharjah Stadium.

After failing to win back-to-back matches against the Philippines and Syria (D1, L1), China have racked up three consecutive wins in the 2022 World Cup qualifying campaign, scoring 14 unanswered goals in that spread of games. The ‘Dragon’s Team’ have been ruthless at home in the ongoing qualifying series, winning all three fixtures by an aggregate score of 14-0. China’s attacking set-up sparks into life after half-time, as witnessed by the fact that they’ve netted 2+ second-half goals in their last two home outings in this World Cup qualifying campaign. However, they have failed to win any of their three meetings with Syria in the World Cup qualifying series in the 21st century (D1, L2), with each encounter yielding a full-time margin of under 1.5 goals.

Meanwhile, the Syrians are on the verge of finishing top of Group A, having won all seven matches in the section so far by an aggregate scoreline of 21-4. Away from home, the visitors have won each of their three games in this World Cup qualifying campaign by a margin of 3+ goals, scoring 2+ first-half goals on each occasion. Since being held to a 1-1 away stalemate to India in an international friendly in July 2019, Syria haven’t drawn any of their subsequent nine international fixtures on foreign soil (W3, L6). Five of their last six away results (win/loss) saw the winner on the day keep a clean sheet, with all but two witnessing a winning/losing margin of 3+ goals. 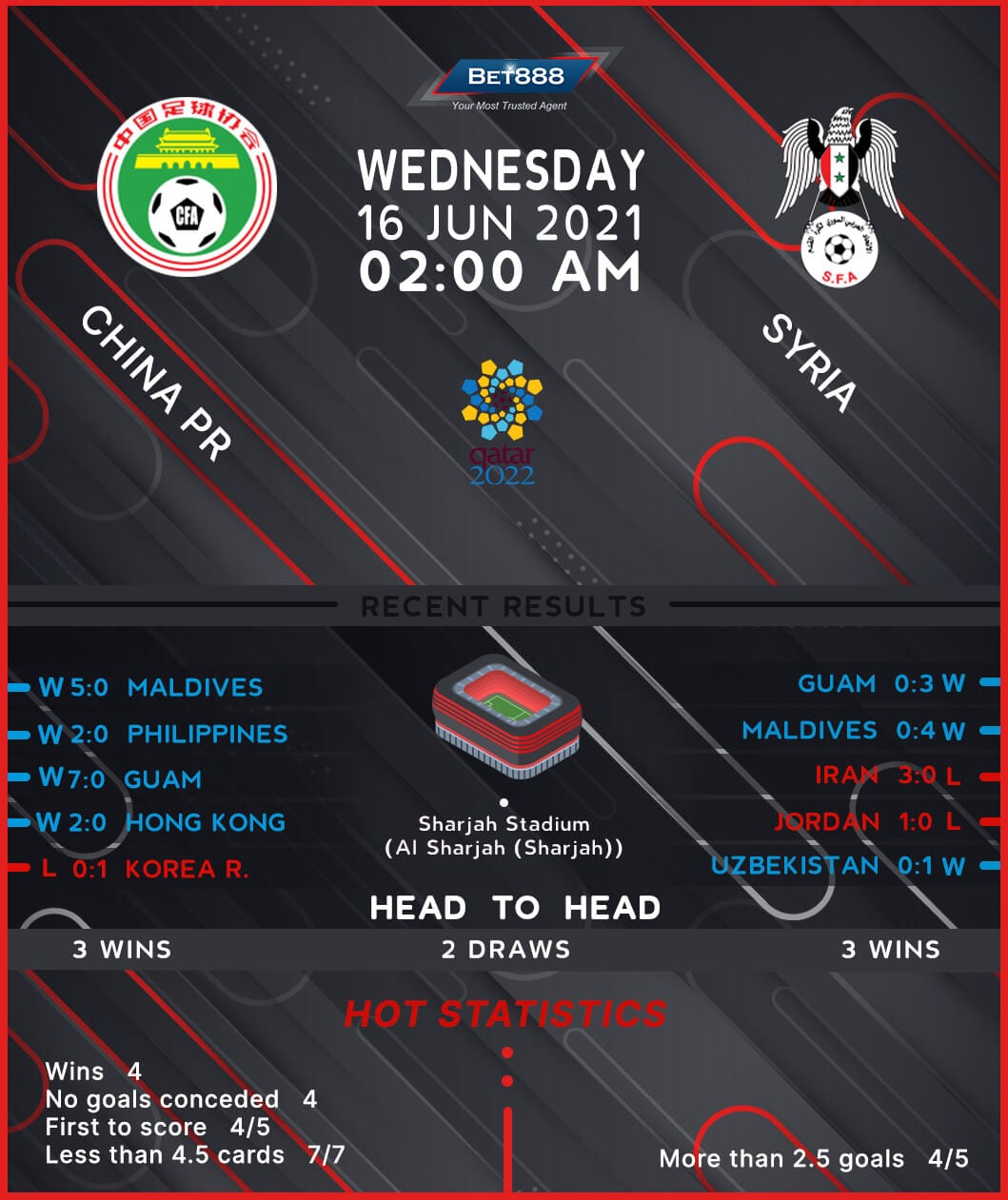