Colombia and Argentina are set to lock horns at the Estadio Metropolitano Roberto Meléndez in a heavyweight South American World Cup Qualifying affair.

Colombia’s comfortable 3-0 away win over Peru last time out ended a run of three consecutive World Cup Qualifying matches without a victory (D1, L2). Interestingly, both Colombia’s wins in the ongoing qualifying series have come by the same 3-0 scoreline, while they conceded 2+ goals in each game they didn’t win. ‘Los Cafeteros’ have failed to beat Argentina in each of their last five World Cup Qualifying meetings (D1, L4), drawing a blank four times in the process. Despite their form wobble, the Colombians have been an exciting team to watch this World Cup Qualifying campaign with an average of four goals per match across the opening five matchdays. A tight contest is well on the cards, considering each of their last four H2Hs in Colombia yielded a full-time margin of under 1.5 goals (W1, D1, L2).

On the other hand, a 1-1 home draw with Chile in their most recent outing extended Argentina’s unbeaten start to this World Cup Qualifying campaign (W3, D2). However, second-half action has been at a premium during Argentina’s World Cup Qualifying campaign thus far, with their five fixtures featuring just a single goal after half-time. By contrast, there’s been plenty of early action in their recent internationals, with nine of the last ten seeing at least one strike within the opening 25 minutes. Away from home, Lionel Scaloni’s men have avoided defeat in their previous nine games (W6, D3), as they hope to solidify second place in the standings. 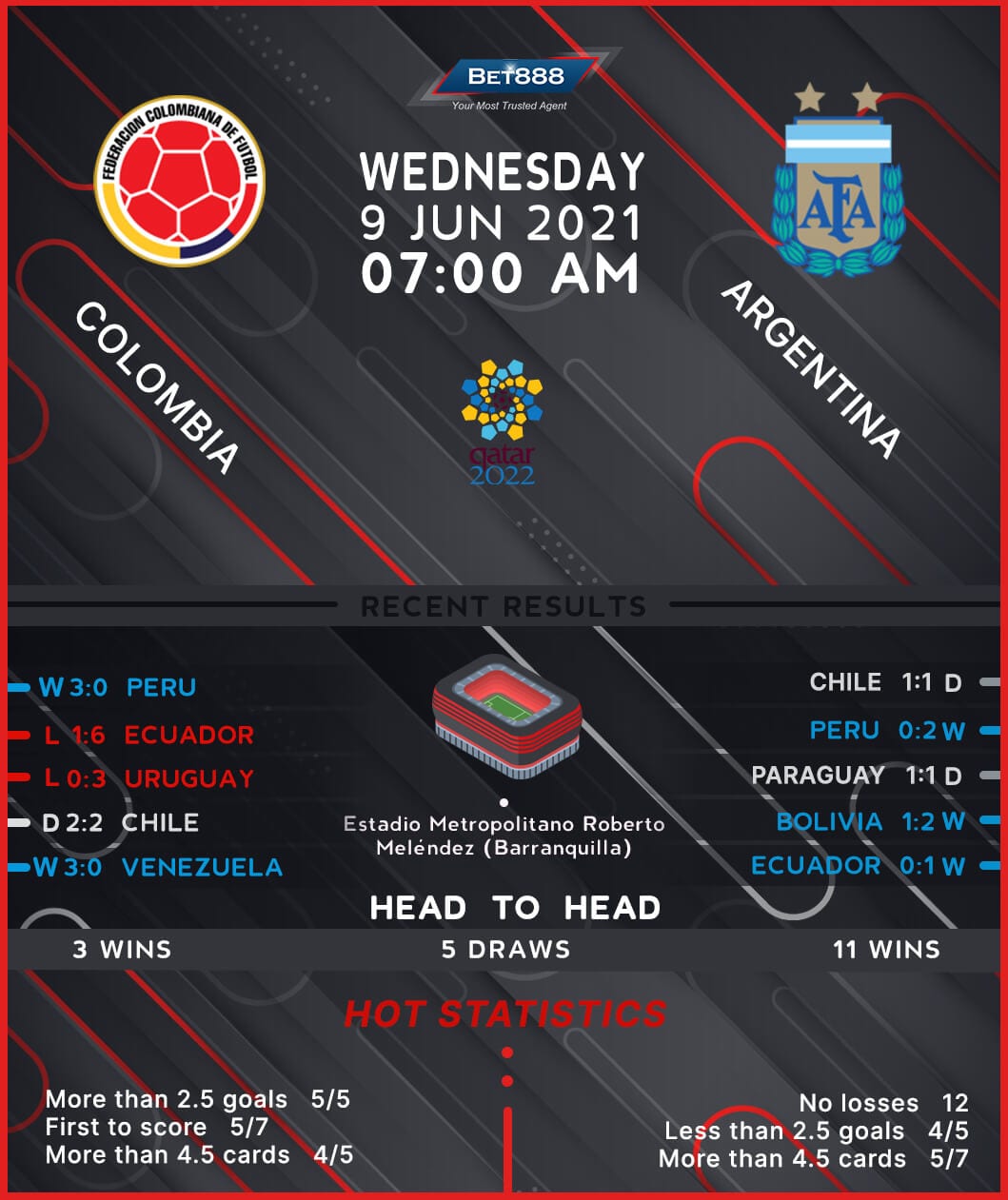