Consadole Sapporo and Sagan Tosu go head-to-head at Sapporo Dome as the traveling side look to post their first J1 League win against their hosts since May 2017.

Since being held to a goalless stalemate to Shonan Bellmare on Matchday 12, Sapporo have alternated between winning (2) and losing (1) in their subsequent three J1 League matches. Slow-starting Sapporo have drawn a blank in the first half in each of their last six J1 League outings, albeit they’ve netted precisely two second-half goals on three occasions in that period. At Sapporo Dome, Mihailo Petrovic’s men have gone undefeated in five games across all competitions (W3, D2) since losing 3-1 to Yokohama Marinos in mid-April. Tosu’s visit seems like a prime opportunity for the ‘Consa’ to keep their impressive home form going, as they’ve not lost any of their last five competitive H2Hs as hosts (W4, D1), having suffered three losses in a row beforehand.

Meanwhile, Tosu claimed a tight 2-1 home victory over Kashima Antlers last time out to put the brakes on a four-match winless streak in all competitions (D2, L2). In J1 League alone, the visitors are unbeaten in their last six games (W4, D2) since succumbing to a 1-0 home defeat to Gamba Osaka in mid-April. Ahead of the kick-off, Sagan remain the only side in the Japanese top-tier competition yet to concede double digits this season (7). However, it is worth noting that the majority (71.43%) of Tosu’s J1 League goals shipped this term arrived away from home. Action-packed football is well on the cards, considering four of Tosu’s last five road fixtures in all competitions have seen over 2.5 goals and both teams scoring. 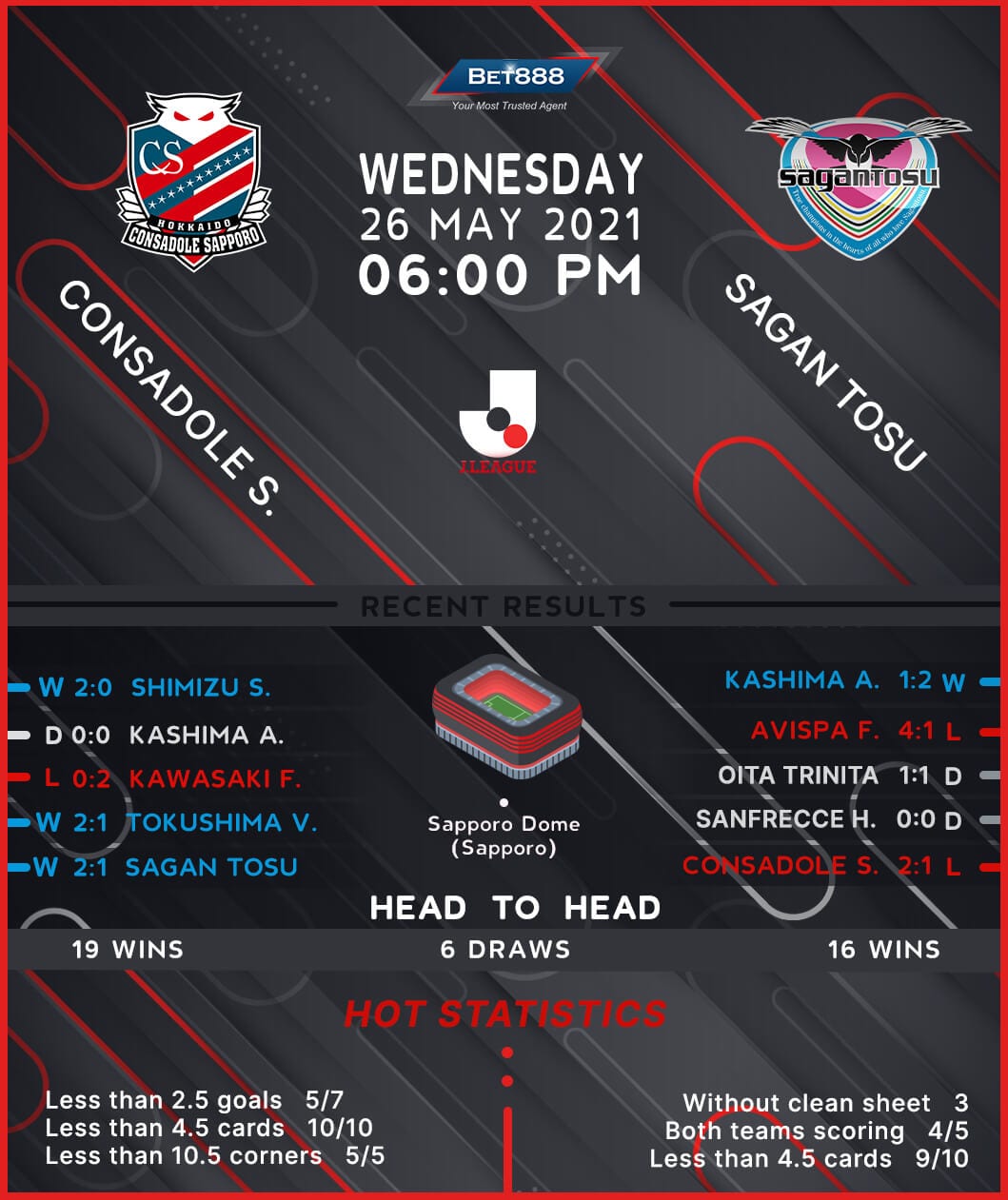