Sapporo Dome is the venue as Consadole Sapporo welcome Yokohama Marinos in the first leg of their YBC Levain Cup last-16 tie.

The hosts have alternated between winning (2) and drawing (2) across their last four competitive matches since succumbing to a 2-0 away loss to Kawasaki Frontale in mid-May. In fact, that defeat to Kawasaki remains Sapporo’s solitary reverse in ten games (W5, D4), representing the only clash in which they conceded more than once in that sequence. Mihailo Petrovic seems to have managed to shore up Sapporo’s defensive woes as they’ve gone from ten competitive home fixtures without a clean sheet to three straight home matches without conceding. However, preserving a blank sheet against Yokohama will be a stern test, considering the ‘Consa’ haven’t registered a shutout in any of their last six H2Hs in all competitions, conceding an average of 2.83 goals per game.

Meanwhile, the visitors have established themselves as a force to be reckoned with this calendar year, having suffered just two defeats in 22 competitive outings since the turn of 2021 (W14, D6). Since ending up on the wrong end of a 5-3 scoreline against Kashima Antlers in mid-May, they have gone unbeaten in four games in a row (W3, D1), prevailing by a narrow one-goal margin twice in that stretch. That reverse against Kashima is Yokohama’s lone failure in their last nine away matches (W5, D3). Ruthless in front of goal, Ange Postecoglou’s side netted 3+ goals in four of their five wins in that nine-game sequence. Particularly lethal late in the game, the ‘Marinos’ have scored on or beyond the 80th minute in each of their last six competitive fixtures. 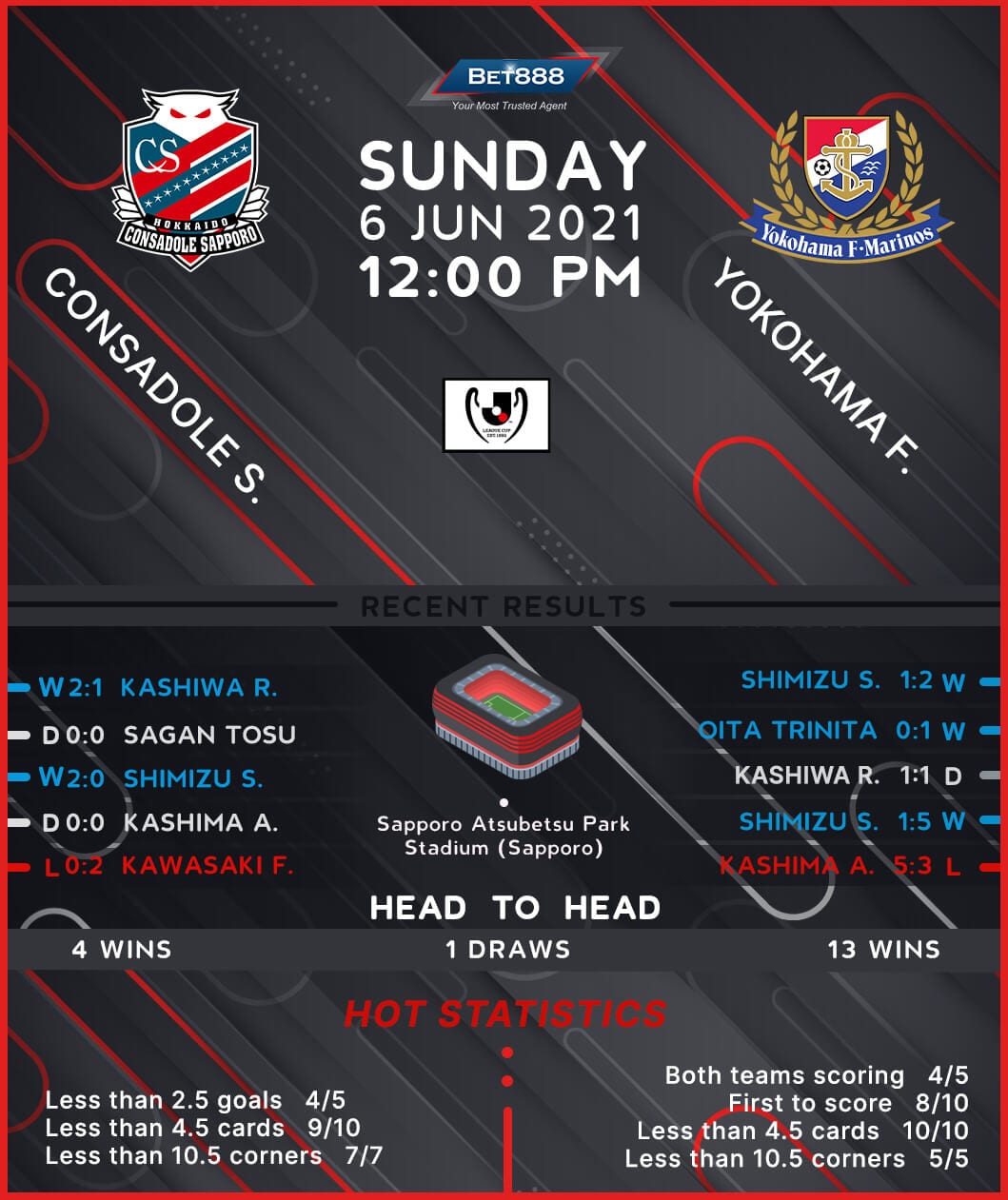