Croatia will be looking to kick-start their World Cup Qualifying campaign when they lock horns with underperforming Cyprus at the Stadion HNK Rijeka.

A 1-0 away defeat to Slovenia in their group opener piles pressure on Croatia, who came out on top of their only previous meeting with Cyprus. However, the Croatians are not enjoying the best of times, having now failed to win any of their last five matches overall (D1, L4). Each fixture during that five-game sequence yielded a full-time margin of under 1.5 goals, with three of them seeing the identical 1-0 half-time scoreline (HT: W1, L4). Croatia’s dip in form has seen them go from six consecutive wins at home in all competitions to back-to-back losses, with all but one of those eight results (win/loss) seeing the winner on the day concede at least once. On the bright side, Zlatko Dalic’s men concluded their World Cup Qualifying campaign for the last final tournament without a single home loss (W4, D2), play-offs included.

Meanwhile, the visitors held Slovakia to a goalless home draw in their opening Group H fixture, which now means they’ve failed to score in six of their last seven competitive outings (W1, D2, L4). Away from home, the visitors are winless in five matches overall (D1, L4), four of which have seen them concede 2+ goals while three witnessed them draw a blank. Nikos Kostenoglou’s men have never qualified for the final tournament, and a win-rate of only 14.91% in the World Cup Qualifying campaigns probably the best illustrates their struggle. The one thing Cyprus can take some courage from is a solid defense that conceded an average of 1.63 goals per World Cup Qualifying match across their last three qualifying series. However, they have found the strikes hard to come by, managing an average of 0.65 goals scored per game across their previous 20 World Cup Qualifying fixtures. 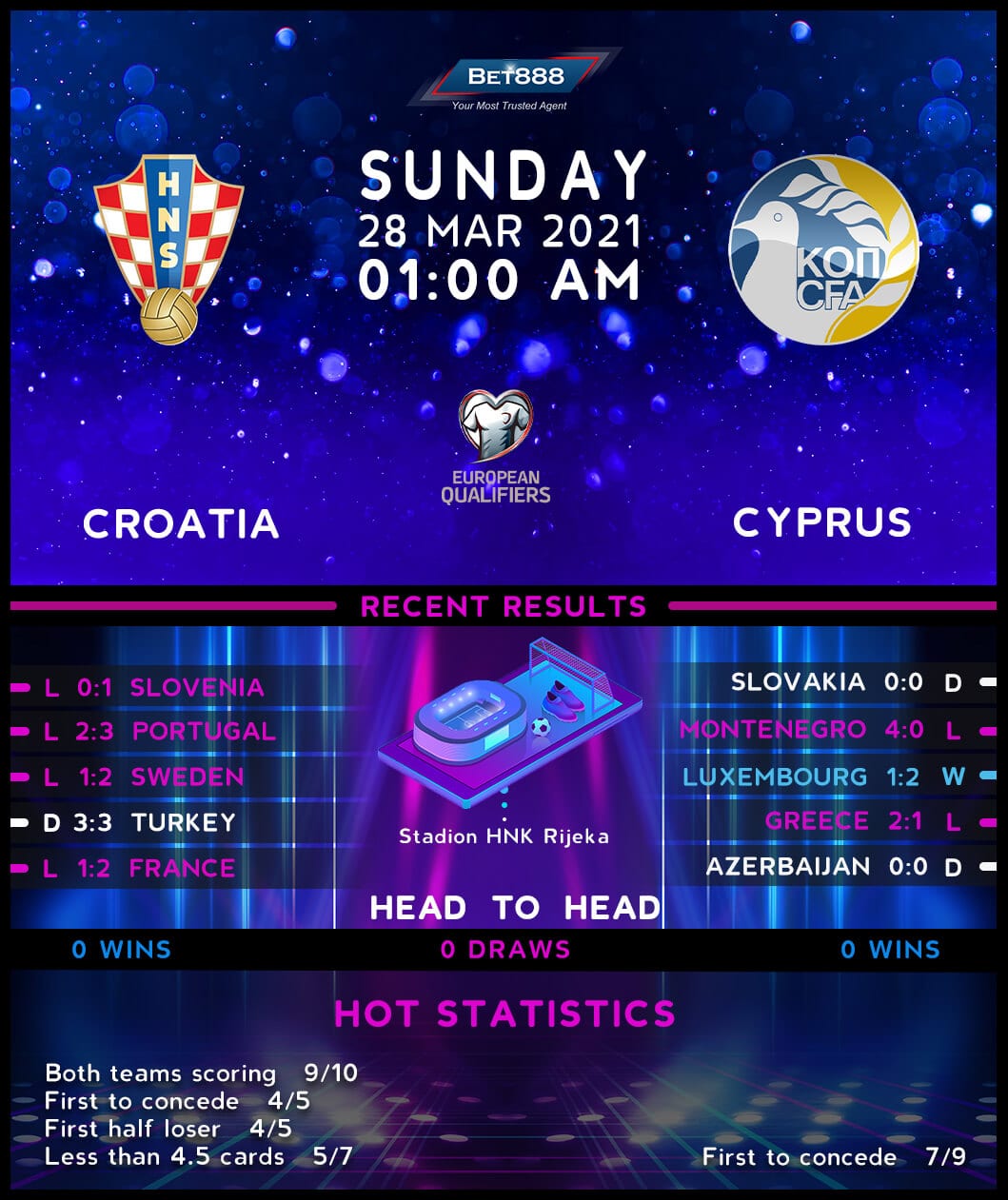