Croatia will be looking to bounce back from a sluggish start to Euro 2020 when they lock horns with an improving Czech Republic side at Hampden Park.

After going down 1-0 to England in their Group D opener, Croatia stare at the prospect of losing back-to-back matches at the European Championships since their competition debut in 1996. The Croats head into proceedings in the midst of a rough patch, having picked up just two wins in their previous 14 internationals (D2, L8), losing the last two in a row. Consequentially, they could lose three consecutive matches for only the third time in their history. However, the ‘Blazers’ have avoided defeat in each of their previous three meetings with the Czech Republic (W1, D2), with each of the last two seeing both teams score at least twice. What’s more, Croatia are unbeaten in their second matches at major international tournaments (W6, D4), including a 2-2 draw with the Czechs at Euro 2016.

In the meantime, the Czech Republic sealed a convincing 2-0 victory over Scotland in their first Euro 2020 outing and could make a decisive step towards reaching the tournament’s knock-out stages with a win here. Jaroslav Silhavy’s men have enjoyed an upturn in form ahead of this showdown, going from three consecutive internationals without winning (D1, L2) to back-to-back victories, both of which came by a two-goal margin. Interestingly, only one of the Czech Republic’s last 19 group stage fixtures at major tournaments (World Cups and Euros) have ended level (W9, L9), courtesy of a 2-2 draw with Croatia at Euro 2016. The Czech Republic fans have to be wary of the fact their heroes have failed to beat a team ranked within FIFA’s top-20 since overcoming England in October 2019 (D1, L3). 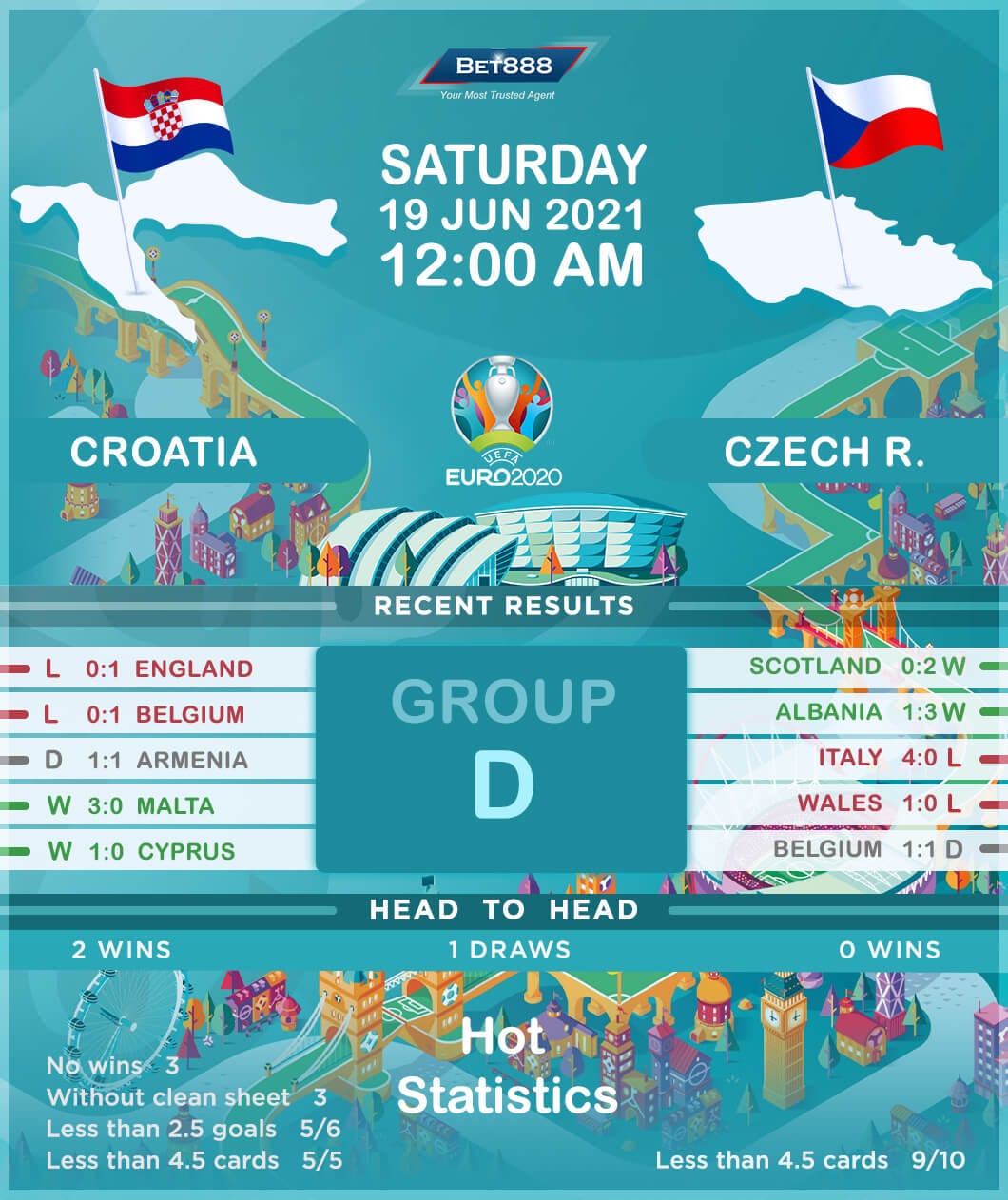