Out-of-form Croatia and goal-shy Scotland will lock horns at Hampden Park in a battle for their Euro 2020 survival.

Croatia’s Euro 2020 journey has started with a whimper rather than a bang, with the 2018 World Cup runners-up failing to win any of their opening two Group D fixtures (D1, L1). As a result, they are now winless in their last three Euro matches in a row (D1, L2) since defeating Spain 2-1 in their final group stage game at Euro 2016. Zlatko Dalic’s men have to beat Scotland to return in contention for a place in the knock-outs. However, the Croats have failed to win any of their five historical H2Hs (D3, L2), drawing a blank in their previous two competitive meetings held on Scottish soil. Additionally, the ‘Blazers’ have picked up just two victories in their previous 11 international outings (D3, L6), failing to win any of the last four on the trot (D2, L2).

On the other hand, Scotland have failed to find the back of the net despite attempting 30 shots on goal across their opening two Group D matches (D1, L1). By extension, Steve Clark’s men have not scored in five of their last eight fixtures at major tournaments. If the ‘Tartan Terriers’ draw a blank against Croatia, it will be the first time since 2004 that they have failed to get on the scoresheet in three consecutive competitive games. Seeking their first knock-out stage appearance at the European Championships, Scotland will be looking to build on their 52.12% win rate at Hampden Park. However, they have struggled for form lately, racking up only two victories in their last nine international outings (D4, L3). 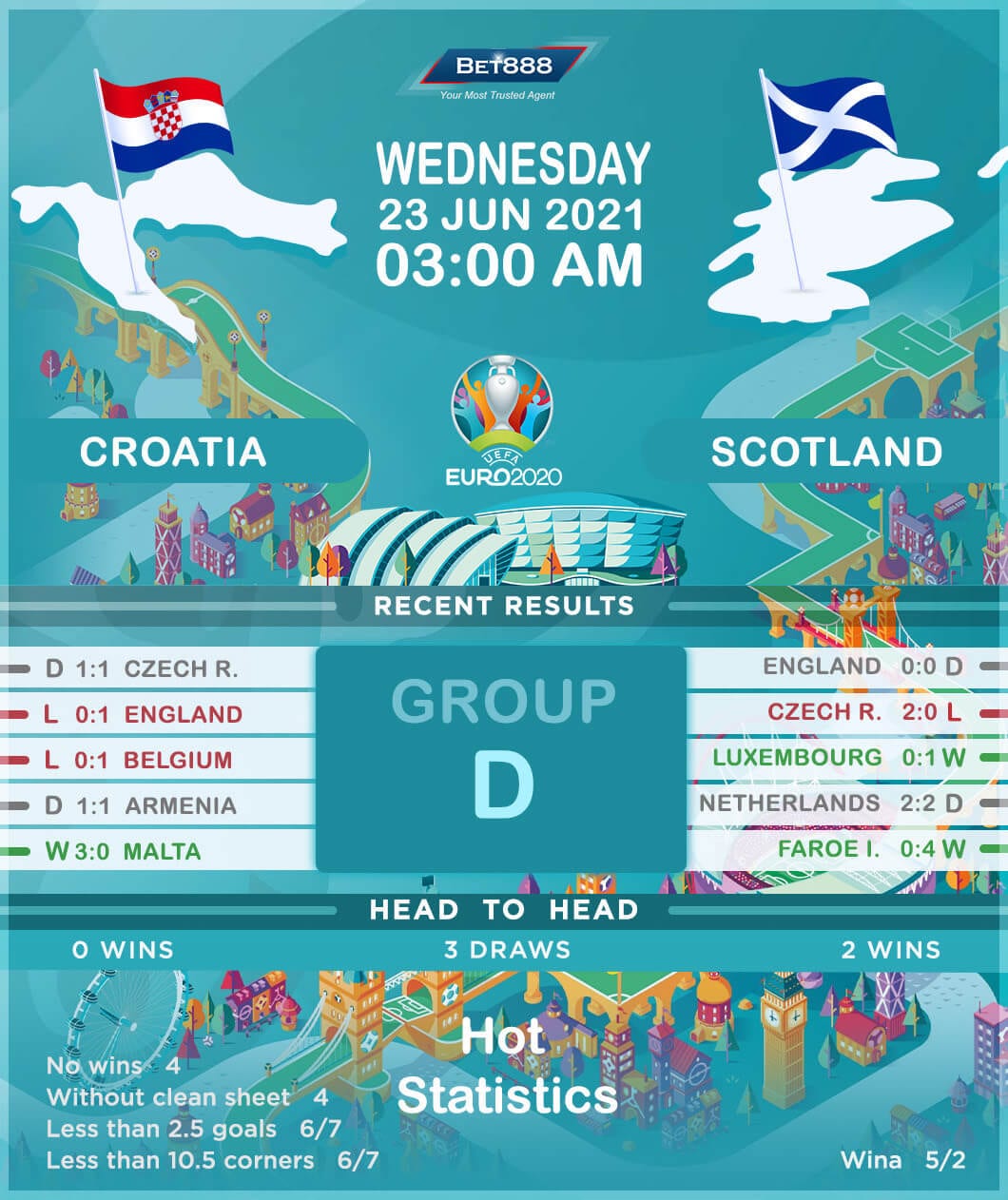