Croatia and Spain are set to face-off against each other at the Parken Stadium in Copenhagen with a place in the quarter-finals of Euro 2020 on the line.

Croatia recovered from a disappointing start to their Euro 2020 journey (D1, L1) to beat Scotland 3-1 on Matchday 3 and advance to the knock-outs as Group D runners-up. However, the Croats have failed to progress from the first European Championship knock-out round in their last three attempts. Though they should not lack motivation, the ‘Blazers’ may find revenge as an added incentive, knowing Spain inflicted them their heaviest international defeat back in September 2018 (6-0). Since the beginning of the 2018 World Cup, Zlatko Dalic’s men have failed to find the net just once in ten matches across major tournaments, accruing a total of 18 goals across those fixtures. Getting on the scoresheet may not be a problem for Croatia, but their return of seven losses from as many games against FIFA’s top ten nations could be a reason for concern.

On the other hand, Spain’s Group E campaign started with back-to-back draws against Sweden and Poland, but ‘La Furia Roja’ sent a warning message to other Euro title contenders with a 5-0 demolition of Slovakia on Matchday 3. However, both of Spain’s previous appearances at major tournaments have ended in the round of 16, as they face the prospect of suffering three consecutive eliminations at this stage for the first time in the 21st century. Curiously, both games that saw them eliminated from Euro 2016 and the 2018 World Cup witnessed Spain concede inside the final 15 minutes of the first half and draw a blank after that. Encouragingly, though, the Spaniards are undefeated in 11 international fixtures (W5, D6), keeping a first-half clean sheet in each of their last six outings. 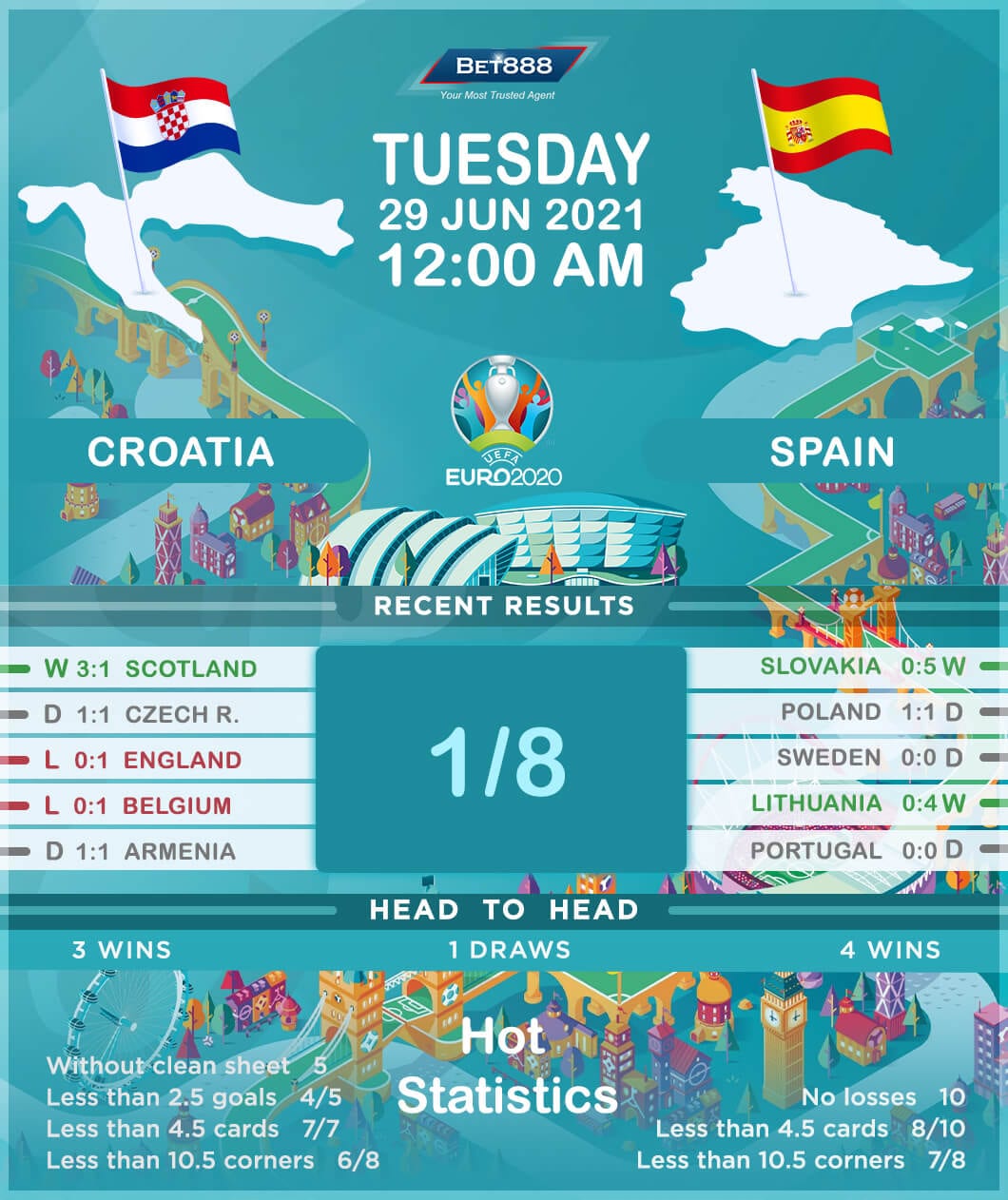