Stadio Ezio Scida is the venue as dead-last Crotone take on title-elect Internazionale in what should be a routine Serie A task for the visitors.

Despite prevailing in a seven-goal thriller at Parma last time out (4-3 win) to halt a six-match losing streak in Serie A, Crotone enter this round nailed to the bottom of the table with a whopping 13-point deficit on 17th-placed Cagliari. Though they already look like a doomed outfit, ‘I Pitagorici’ have reeled off a string of high-scoring contests, with seven of their last nine Serie A games seeing over 4.5 goals and both teams on the scoresheet. Serse Cosmi’s men have lost three consecutive home league fixtures via a narrow one-goal margin, with the deciding goal in each encounter continually coming beyond the 50th minute. The hosts have developed a nasty habit of falling behind without responding, surrendering the points in all 22 Serie A matches in which they conceded first this term.

In the meantime, ‘I Nerazzurri’ have grabbed the most points from losing positions this season (16), notably suffering just two defeats in ten Serie A games in which they shipped the opener (W4, D4, L2). Since the turn of the year, Antonio Conte’s men have kept more clean sheets (10) than any other Italian side and remain the only team yet to concede 30 goals in Serie A this term (29). Additionally, the runaway league leaders have racked up an intimidating 17-game unbeaten streak in Serie A (W13, D4), albeit they’ve scored precisely once per match in their last four top-flight outings. Against this recent low-scoring backdrop, Inter have netted an average of 2.6 goals per Serie A meeting with Crotone, having won three of their previous five league H2Hs (D1, L1). 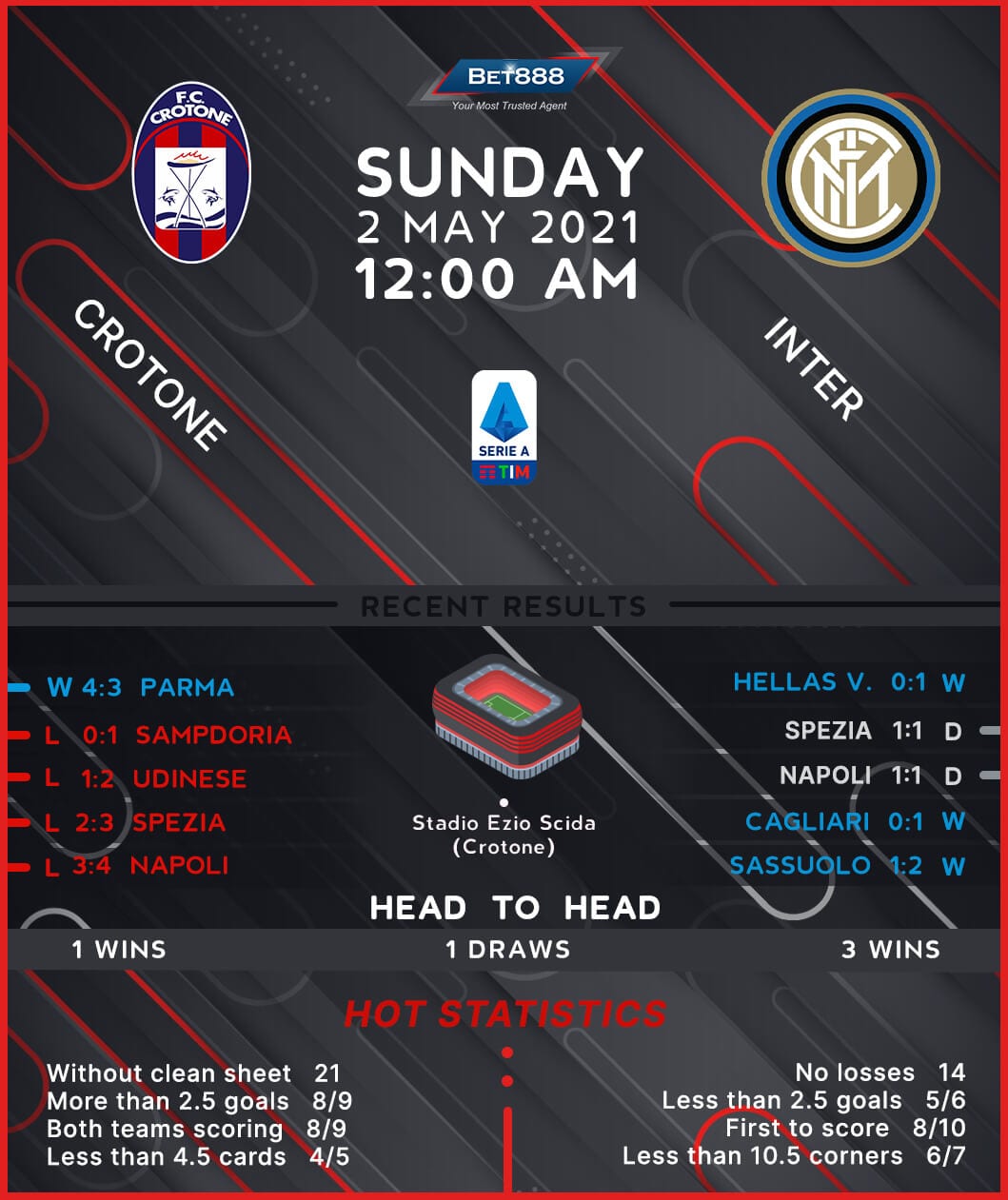