Rock-bottom Crotone take on out-of-sorts Udinese at the Stadio Ezio Scida, looking to build on a two-game unbeaten streak in their Serie A H2Hs (W1, D1).

A 3-2 defeat in a five-goal thriller at Spezia last time out extended Crotone’s losing run in Serie A to four fixtures. To their credit, ‘I Pitagorici’ netted 2+ goals on every occasion during that four-game sequence, finding the net before the interval each time. However, Crotone’s leaky defense has conceded a league-high 77 goals this season, letting in a worrying average of 2.56 per Serie A fixture. The hosts’ disastrous form in 2021 has seen them suffer 14 losses in 16 league matches since the turn of the year, albeit the other two resulted in commanding victories at this venue. Since Serse Cosmi took charge of Crotone, the Calabrians have netted 16 goals in six Serie A outings, which accounts for 43.24% of their total top-flight goals scored this season (37).

Meanwhile, Udinese have gone winless in four Serie A matches on the trot (D1, L3) since a 2-0 home triumph over Sassuolo on Matchday 26, losing each of the last three by a slim one-goal margin. Away from home, ‘I Friulani’ have claimed just one win in their nine Serie A games since the calendar flipped to 2021 (D4, L4), with 77.78% of those fixtures seeing both teams on the scoresheet. A lack of ability to grind out a result after falling behind has witnessed Udinese fail to win none of the nine away Serie A matches in which they conceded first this season (D4, L5). That flaw has to be pinned on a lackluster attack that has netted the fourth-joint low 32 goals this league campaign. But if Luca Gotti’s side find the net here, they are likely to do it after the break, as a clear majority (65%) of their away Serie A goals scored so far arrived in the second half of play (13/20). 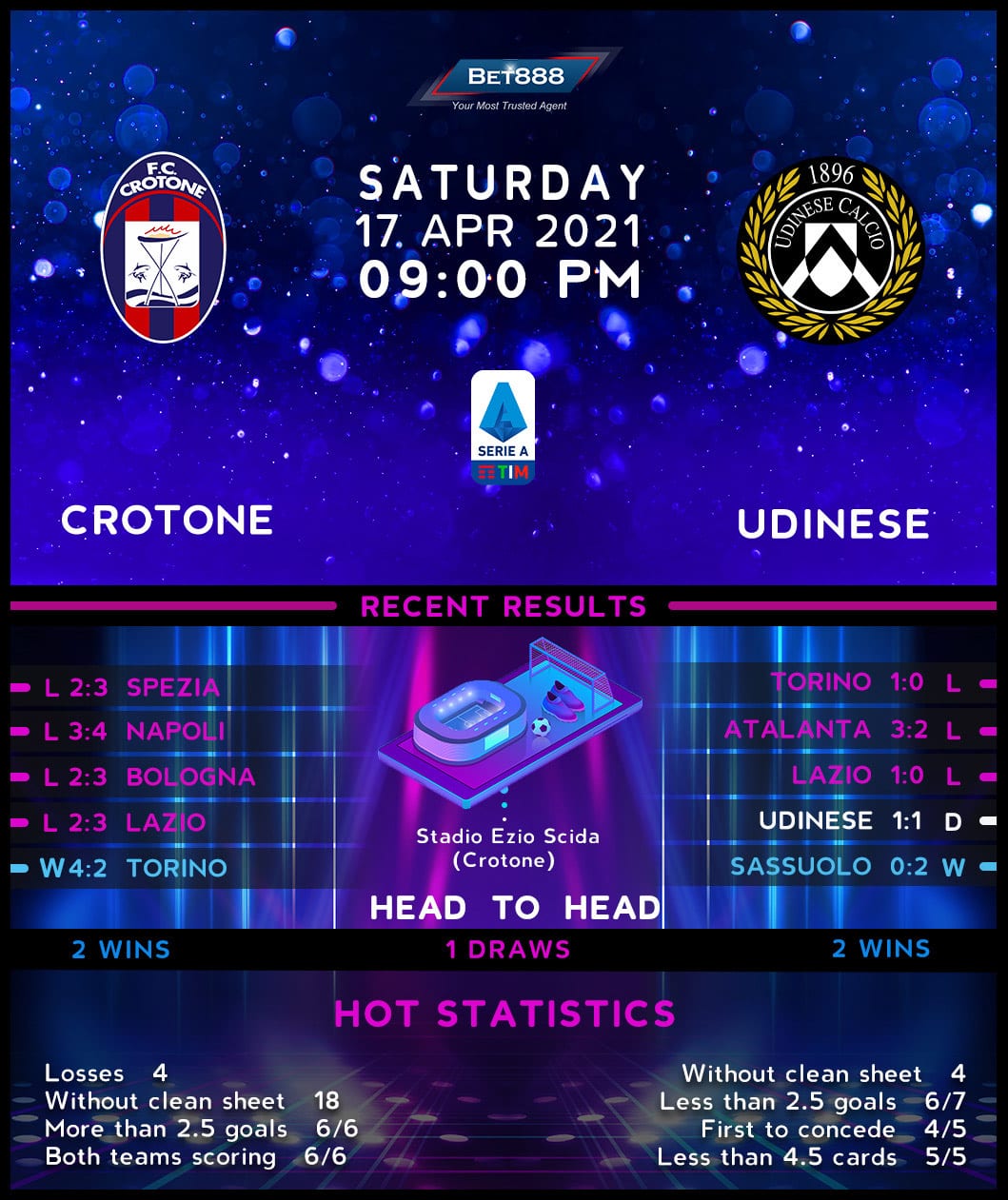