Crvena Zvezda and AC Milan go head-to-head at the Stadion Rajko Mitić in the first leg of their UEFA Europa League last-32 tie.

Since losing 2-0 away at TSG Hoffenheim on Matchday 1, Crvena Zvezda have gone unbeaten in five Europa League fixtures (W3, D2), though both of their previous outings in the competition have ended by the identical 0-0 scoreline. Indeed, low scoring has been a theme for the reigning Serbian champions in the Europa League, overall, with their 14 matches in the competition featuring an average of 1.35 goals, qualifiers excluded. Notably, the ‘Red-Whites’ have conceded only seven goals in their 14 Europa League games and will need to live up to that against a side they’ve failed to beat in any of their four European meetings (D2, L2). Dejan Stankovic’s men can draw on a remarkable home form that has seen them avoid defeat in all 15 of their competitive matches at Rajko Mitic this season (W13, D2).

In the meantime, Milan finished top of Group H after winning four of their six group-stage fixtures bar a 1-1 away draw at Lille and a dismal 3-0 home loss to the same opponent. Unlike Crvena Zvezda, four of Milan’s six Europa League matches this season have produced over 2.5 FT goals, highlighting the potential for plenty of fireworks. ‘I Rossoneri’ have faced Serbian sides six times in major European competition so far, suffering just one defeat but winning only two of the other five meetings (D3). Away from home, the Serie A giants have won half (3) of their previous six European contests (D2, L1), with four of them containing under 2.5 total goals, qualifiers excluded. In the Europa League knock-out stage alone, Stefano Pioli’s men have endured mixed fortunes in their last four games (W2, L2), with three of the matches won/lost in that period seeing the winner on the day keep a clean sheet. 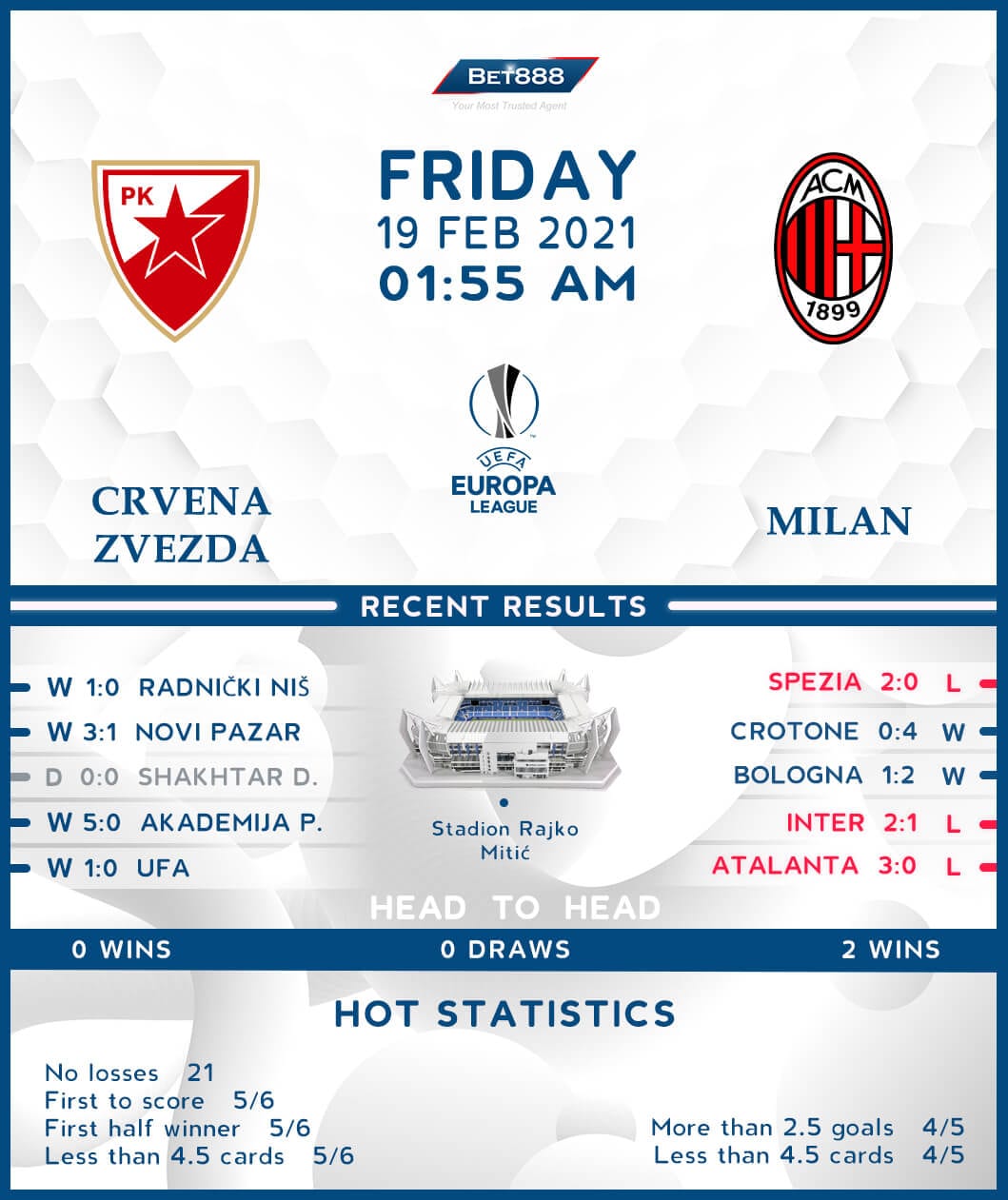