A 3-1 away defeat to Southampton last time out gave Crystal Palace a fourth loss in five Premier League matches, with a 2-0 away win to Sheffield United being the lone exception in this run. At home, the ‘Eagles’ have picked up just one victory in their last six Premier League fixtures (D2, L3), five of which saw one or both teams fail to get on the scoresheet. Of all sides outside the drop zone, only Brighton (14) have netted fewer home goals than Palace (16) this Premier League campaign, with Roy Hodgson’s men scoring 2+ goals in only three of their 17 league games at Selhurst Park this term. On the bright side, Crystal Palace have conceded just five goals across their last 15 home league meetings with Aston Villa and never more than once per game in this stretch.

Meanwhile, a goalless home draw with Everton back in midweek leaves Aston Villa at a single win in their last six Premier League outings (D2, L3), four of which saw them score under 1.5 goals. A 2-1 away victory over Everton in their most recent Premier League trip gives Villa an opportunity to claim back-to-back away league wins for the first time since the turn of the year. Furthermore, the ‘Lions’ sealed a comprehensive 3-0 triumph in the reverse fixture back in late December, which means they can now post their first league double over Crystal Palace since the 1980/81 season. Dean Smith’s men have suffered just one defeat in their four top-flight trips to London this season (W2, D1), beating the likes of Fulham and Arsenal by the identical 3-0 scoreline. 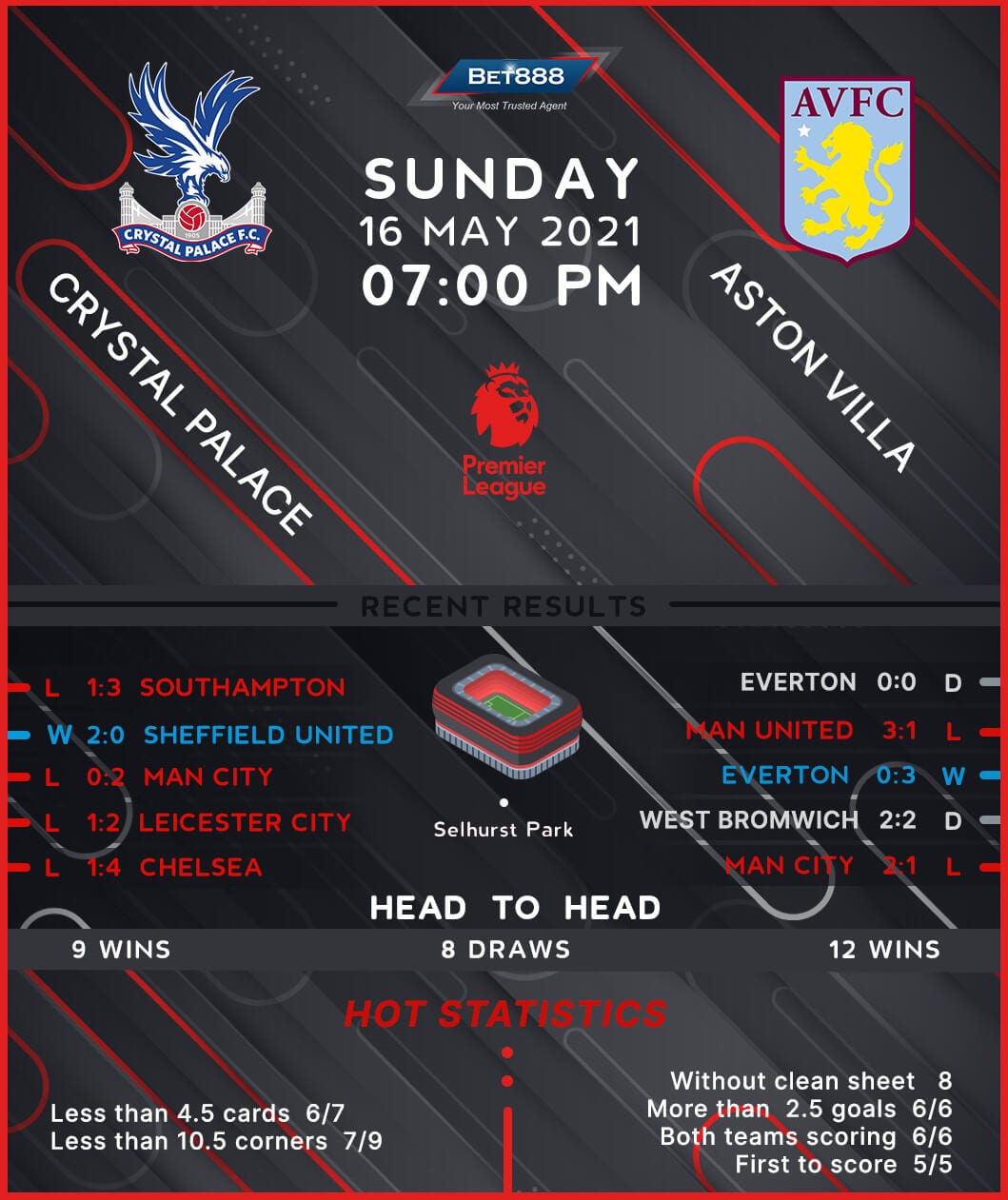