Crystal Palace have only lost once in their last six Premier League outings (W2, D3), keeping a clean sheet three times in the process to tuck themselves into the exquisite mid-table comfort. Indeed, the ‘Eagles’ have registered five Premier League shutouts at Selhurst Park since the calendar flipped to 2021, two more than in the entire 2020. However, Palace have found themselves on the wrong end of the scoreline in eight of their last ten top-flight meetings with Chelsea at home (W2, L8), drawing a blank on six occasions. Additionally, Palace boss Roy Hodgson has lost each of his last six matches to this opposition and now faces the risk of tying his unwanted record of seven consecutive losses to Tottenham. To avoid such a scenario, the hosts must not concede first, given they’ve lost 80% of the Premier League fixtures when doing so this season (GP5 – D1, L4).

On the other hand, a shocking 5-2 home thumping to West Brom last time out halted Thomas Tuchel’s impressive ten-game unbeaten league start to his managerial career at Stamford Bridge (W6, D4). Interestingly, Chelsea conceded more goals in the abovementioned loss to WBA than in Tuchel’s first 15 competitive matches in charge combined (5). But, the ‘Blues’ have yet to taste defeat on the road under the German’s stewardship, having won three of their five Premier League trips (D2), three of which featured under 1.5 total goals. Furthermore, no London side has averaged more points in capital derbies than Chelsea (2.16 per game), with the ‘Pensioners’ losing just one out of six such showdowns this season (W4, D1, L1). A lack of early action has highlighted Chelsea’s away league matches this season as just three of 15 have featured a goal within 15 minutes. 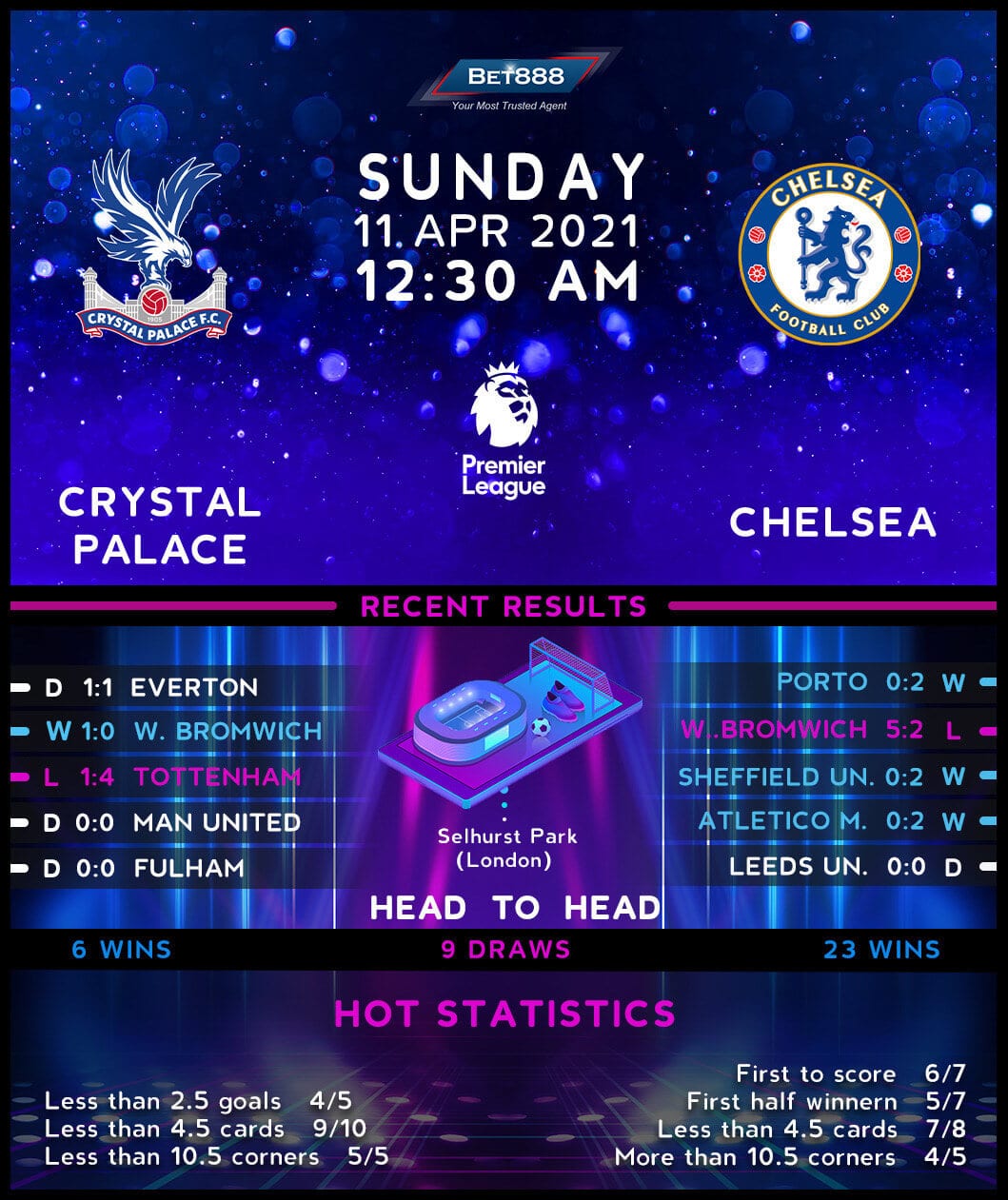