Selhurst Park is the venue as mid-table Crystal Palace and Chelsea go head-to-head in an all-London Premier League encounter.

Crystal Palace head into proceedings amid a rough patch, having won none of their last five Premier League fixtures (D3, L2), including an uneventful goalless draw with Brighton last time out. Though a nine-point lead over 18th-placed Norwich City gives them plenty of breathing space, the ‘Eagles’ are desperate to register their first league win in 2022. That could be easier said than done here, as they’ve only won one of their last 16 London derbies in the Premier League (D8, L7). Furthermore, since back-to-back H2H victories between April and October 2017, Patrick Vieira’s men have lost each of their last eight Premier League meetings with Chelsea, conceding 2+ goals seven times in the process. But far more comfortable at Selhurst Park, Palace have secured four of their five league wins this season at home, prevailing by a 2+ goal margin on each occasion.

Fresh from winning their maiden FIFA Club World Cup trophy, courtesy of an extra-time 2-1 victory over Palmeiras in the grand final, Chelsea will be looking to get their stuttering Premier League campaign back on track. A 2-0 home triumph over Tottenham last time out halted their four-game winless league run (D3, L1), marking their first clean sheet in England’s top-flight since mid-December. However, Thomas Tuchel’s men have only won one of their last five Premier League away matches (D2, L2), netting an average of 1.2 goals per game in that sequence. Before falling to a 3-2 defeat at West Ham in early December, Chelsea had been on a seven-game winning streak in away London derbies. But the ‘Blues’ now stare at the prospect of losing back-to-back such fixtures for the first time since December 2017. 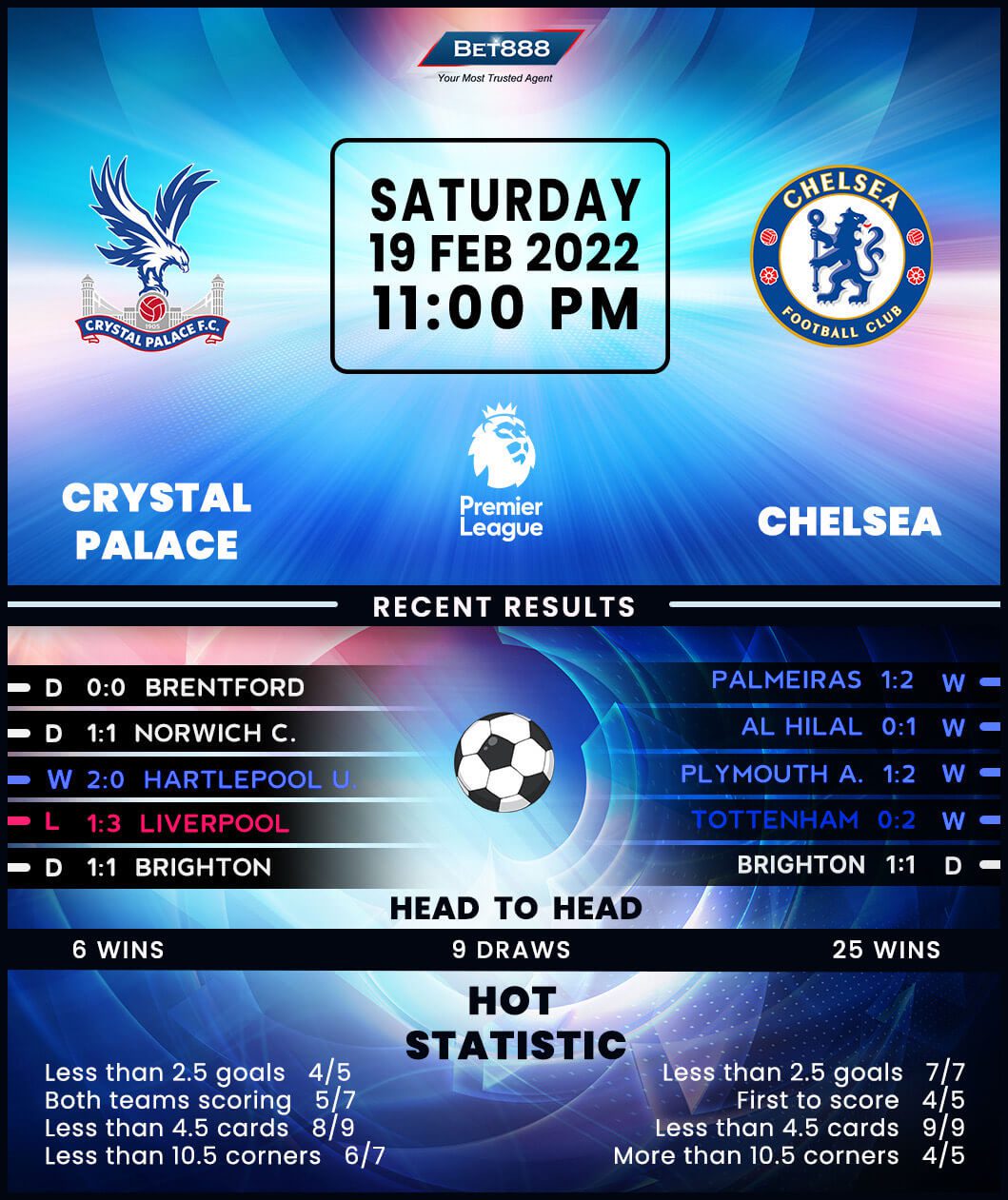