Leicester City will be looking to post their third consecutive Premier League victory over Crystal Palace when the two sides lock horns at Selhurst Park.

Crystal Palace have lost both of their previous Premier League fixtures via an aggregate -10 score (GF:0, GA:10), including a 3-0 thumping to 10-man Aston Villa on Boxing Day. Additionally, the hosts have found the net only once in their last three home league matches (D1, L2), conceding precisely two goals beyond the 80th minute in both defeats during this sequence. Moreover, Roy Hodgson’s men have developed a habit of falling behind without recovering, losing six of their seven Premier League games in which they conceded the opening goal (D1, L6). Getting on the scoresheet first could be crucial to Palace’s hopes of winning here, considering all of their five top-flight H2Hs won/lost at this venue since 2014 have seen the victor keep a clean sheet (W3, L2).

Meanwhile, a 2-2 home draw with Manchester United a couple of days ago now means that each of Leicester’s last six Premier League games has seen at least one side score over 1.5 goals. The visitors have been quite impressive on the road this season, picking up six victories in their seven Premier League trips (L1), four of which have come by at least a two-goal margin. Remarkably, only one team has scored more away second-half goals in the Premier League than Leicester (12) so far, with Brendan Rodgers’ men finding the net inside the final 15 minutes of play in five of their seven top-flight games on the road. At the other end of the pitch, they have conceded a league fourth-low seven away goals, five of which came against Liverpool (3-0 loss) and Manchester City (5-2 win). 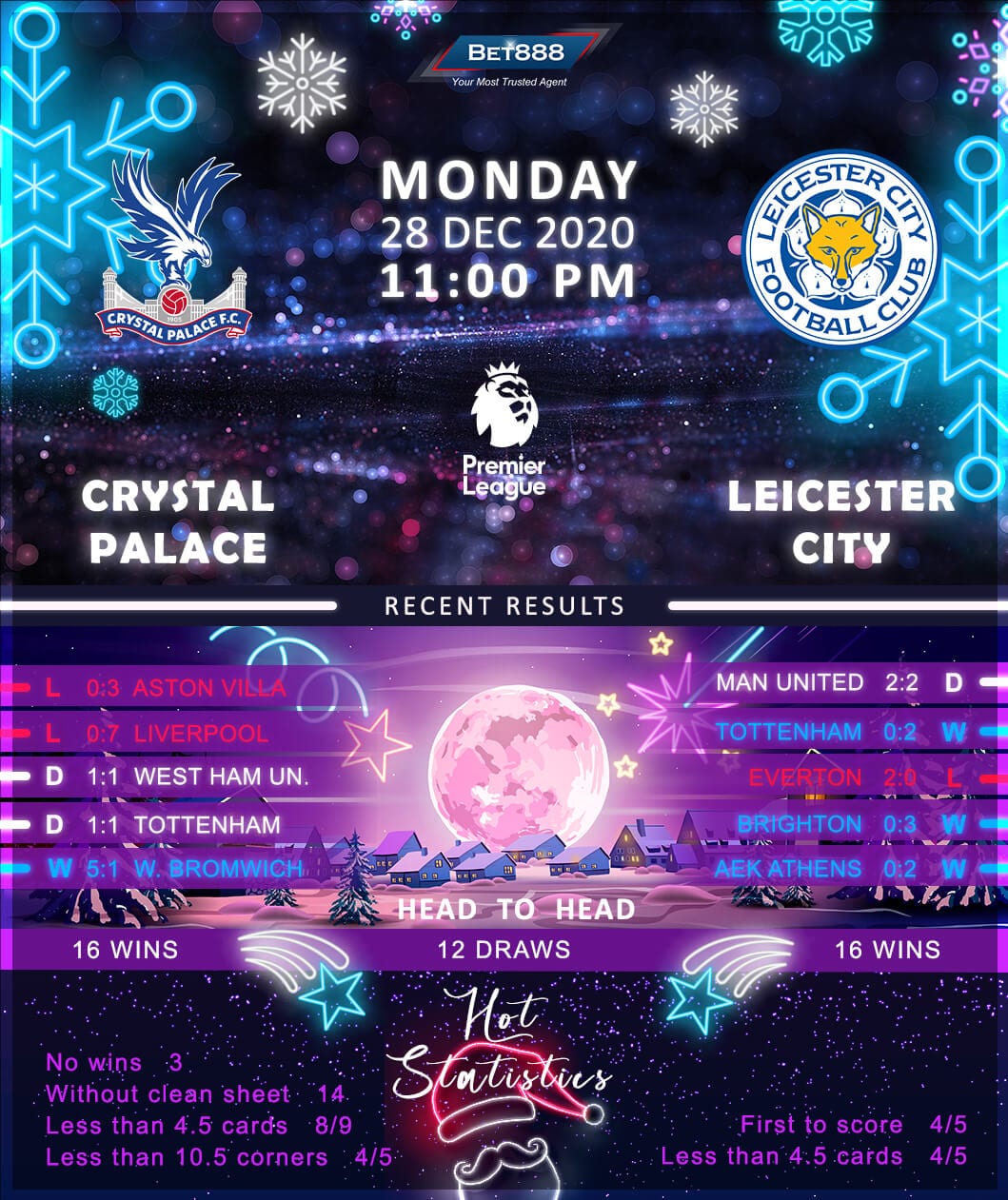