Liverpool will be looking to post their seventh consecutive Premier League victory over Crystal Palace when the two teams meet at Selhurst Park.

Both of Crystal Palace’s previous Premier League fixtures have yielded the identical 1-1 scoreline, with the equalizer in each coming beyond the 50th minute. An indifferent home form has witnessed the ‘Eagles’ accrue two wins, two draws, and two defeats from their opening six home league matches, with each game won/lost in that sequence seeing the victor get on the scoresheet first. Palace can then take some confidence from the fact that 75% of their home Premier League goals scored this season has come in the first half of play (6/8). But, Roy Hodgson’s men have lost five of their previous home top-flight H2Hs, three of which arrived by the same 2-1 scoreline. Indeed, since returning to top-flight in 2013, Crystal Palace have failed to keep a clean sheet in any of their 14 Premier League meetings with Liverpool (W4, D1, L9).

Meanwhile, Liverpool grabbed a late winner to overcome Tottenham 2-1 during the midweek to regain the top place in the Premier League table. Although their last league defeat dates back to early October (7-2 to Aston Villa), the ‘Reds’ have failed to deliver consistency week in, week out, alternating between a win and a draw in their seven previous Premier League fixtures (W4, D3). In fact, Jurgen Klopp’s men are winless in five away league matches (D4, L1) since defeating Chelsea 2-0 in their first road trip of the season, with the last three of those draws all coming by the same 1-1 scoreline. It’s, however, worth noting that Liverpool have lost just one of their 13 previous away Premier League games to London sides (W8, D4)! 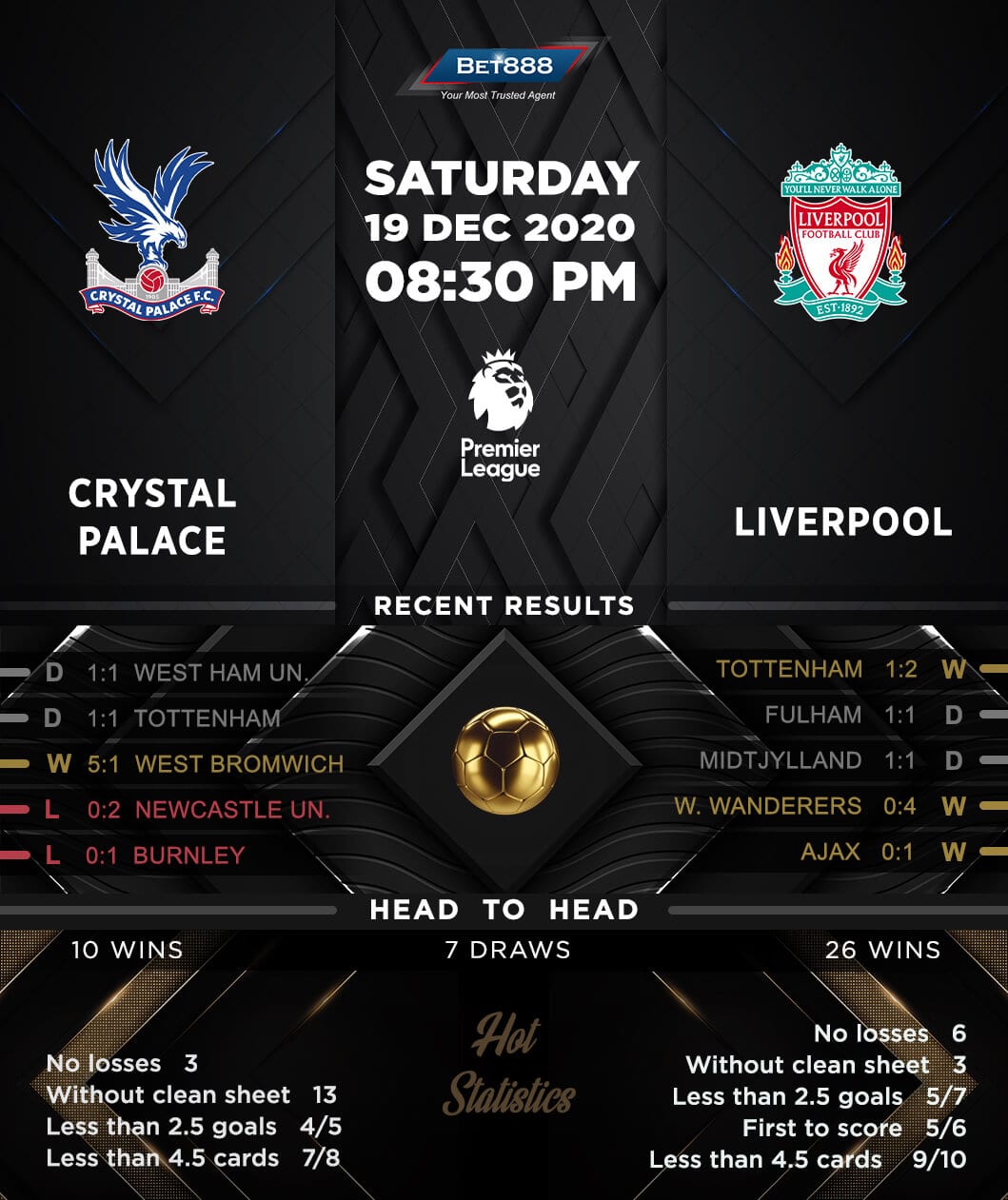