Since beating West Brom 1-0 at home on Matchday 28, Crystal Palace have gone winless in three Premier League fixtures on the trot (D1, L2), scoring precisely once in each of them while conceding seven goals in return. Palace’s defensive woes have seen them let in a league third-high 25 goals at home this season, including the joint-high 14 first-half goals. Coming off the back of back-to-back Premier League defeats, the ‘Eagles’ face a risk of losing three league games in a row for the first time this season. Such a prospect is well within the realm of possibility, considering they have suffered four defeats in their last five top-flight H2Hs as hosts (D1), frustratingly drawing a blank on three occasions in the process.

Meanwhile, Manchester City head into proceedings on the back of an intimidating 10-game winning run in away Premier League matches, returning a resounding +22 goal difference for good measure (GF:26, GA:4). Notably, the runaway league leaders enter this round as the only side yet to concede double digits on the road this term (9). Curiously, though, Pep Guardiola’s men have conceded the opener in their last two Premier League fixtures (W1, L1), more than they had in their previous 23 in the competition (1). By far the most impressive away side in the English top-flight, the ‘Citizens’ have won 12 out of 16 league trips so far (D3, L1). The margins of their Premier League triumphs away from home have been convincing, with 66.67% of their road victories yielding a winning margin of 2+ goals (8/12). 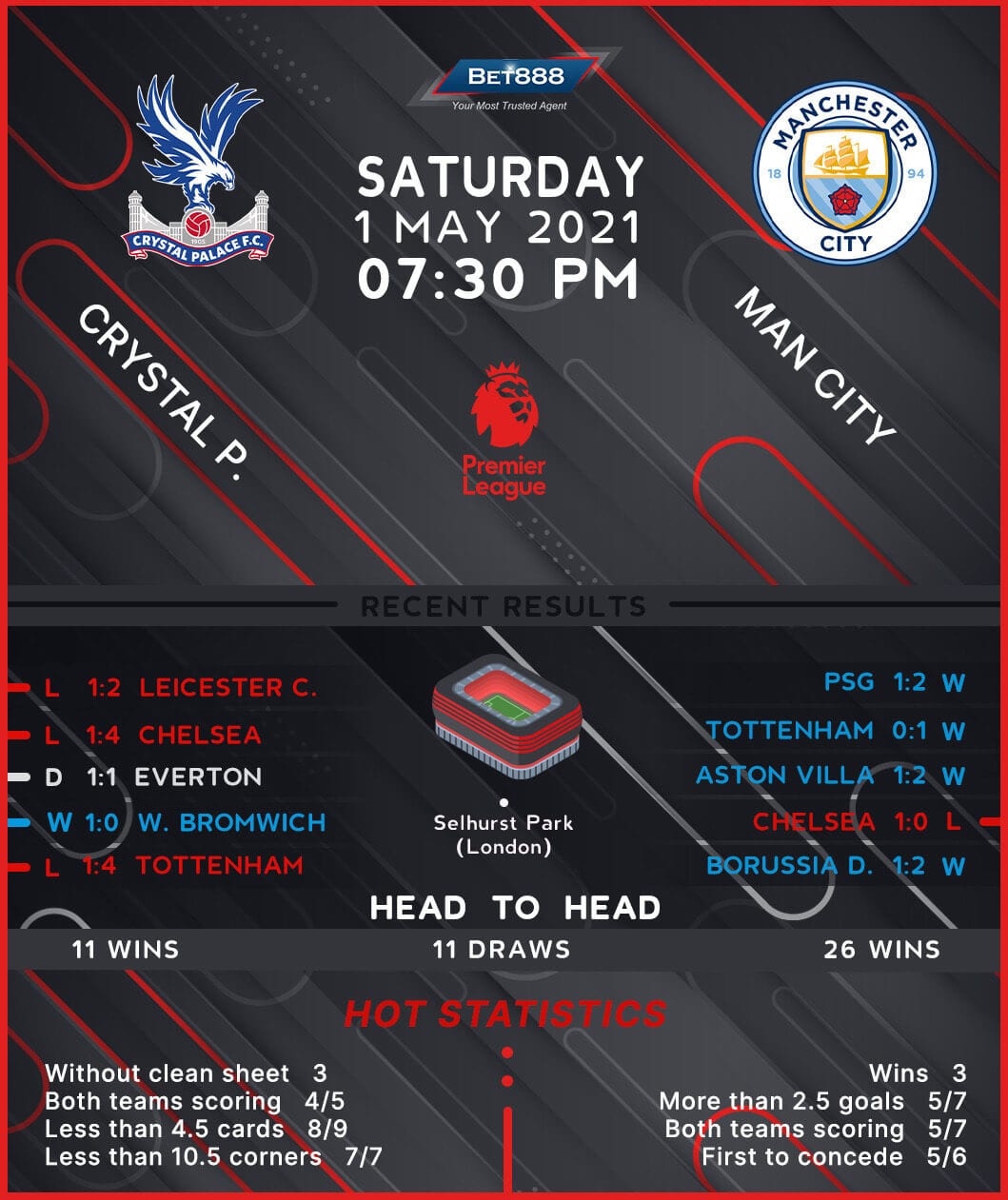