Manchester United will have the chance to get their revenge for a heartbreaking 3-1 loss in the reverse fixture as they meet Crystal Palace at Selhurst Park in an exciting Premier League showdown.

Crystal Palace have gone from back-to-back Premier League defeats to two consecutive league matches without losing (W1, D1), though they’ve failed to find the net on three occasions in that time. Indeed, Roy Hodgson’s men lament one of the league’s lowest average for goals scored per Premier League fixture this term, having managed just 1.15 so far. Adding to this sentiment, they have drawn a blank in both of their previous league outings at Selhurst Park, which has been the case in four of their last eight top-flight meetings with United. However, if they manage to find the net here, the ‘Eagles’ are likely to do it before half-time after registering a clear majority (64.29%) of their total Premier League goals scored at home this season in the first half of play (9/14).

Meanwhile, Manchester United have gone undefeated in six consecutive Premier League games (W2, D4) since losing to Sheffield United at home on Matchday 20. Interestingly, six of United’s last nine matches in all competitions have seen one or both sides fail to get on the scoresheet, with four yielding the same 0-0 scoreline (90 minutes only). A goalless away stalemate at Chelsea last weekend means Ole Gunnar Solskjaer’s men remain the only side yet to lose away from home this Premier League campaign (GP13 – W8, D5), drawing three away league fixtures in a row. Additionally, the ‘Red Devils’ have not lost any of their eight top-flight trips to Crystal Palace this millennium (W6, D2), winning the last four by an aggregate score of 10-4. 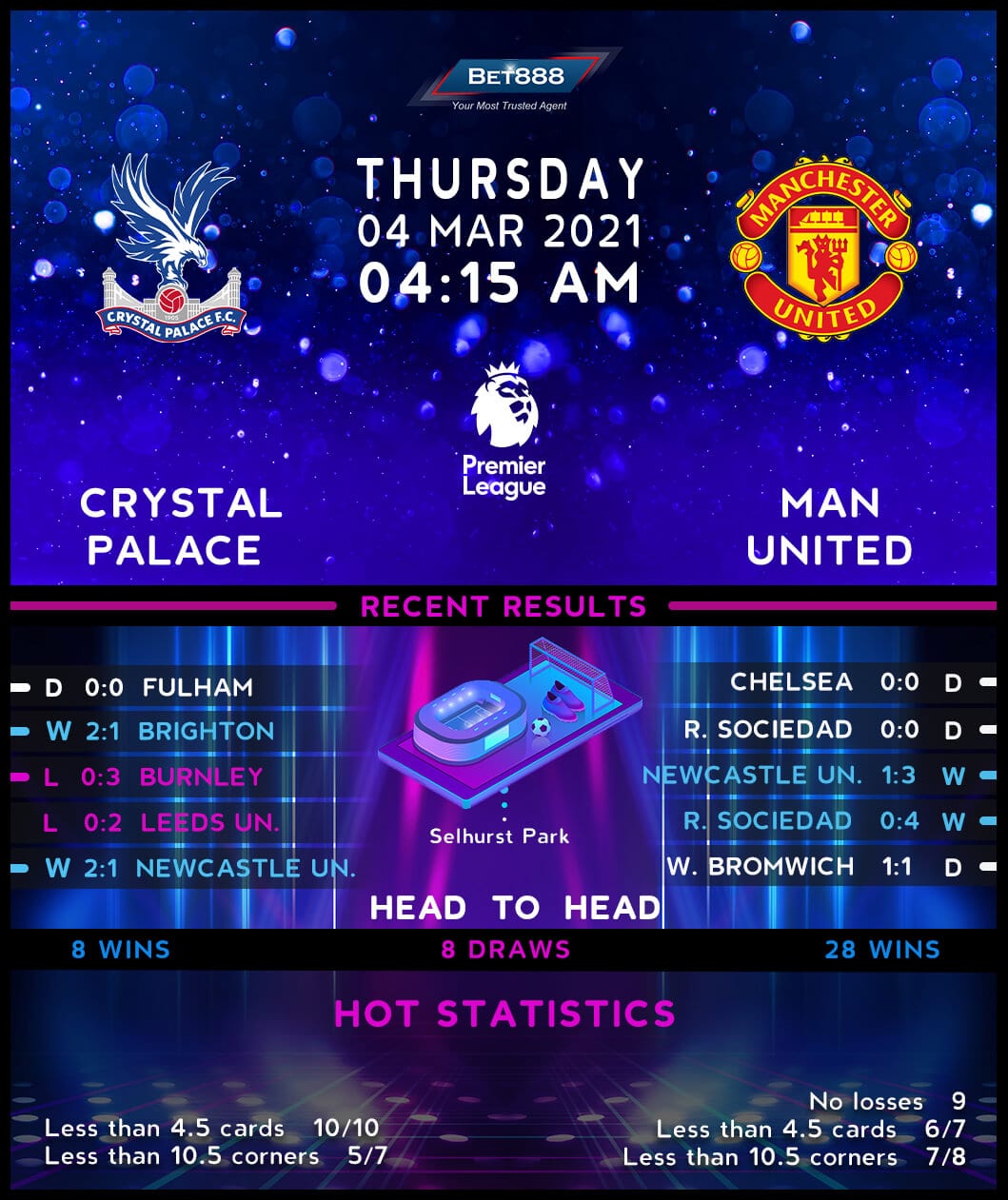