Crystal Palace will be looking to win consecutive home Premier League matches against Newcastle United for the first time in history when the two teams meet at Selhurst Park.

None of Crystal Palace’s last four Premier League fixtures has ended in a draw (W2, L2), with the home side alternating between a win and loss on each occasion. Also, Palace’s top-flight home games this season have been notably tight, as three of four ended separating the sides by under 1.5 goals (W2, D1, L1). Curiously, though, a clear majority (81.82%) of their total home Premier League goals scored/conceded so far arrived in the first half of play (9/11). Indeed, early action has highlighted Palace’s home league matches this season, as three of four produced at least one goal within 15 minutes. But, goals could be at a premium for the ‘Eagles’ here, as evidenced by the fact they’ve scored under 1.5 goals in eight of their nine previous Premier League H2Hs as hosts.

Meanwhile, Newcastle head into this encounter on the back of back-to-back 2-0 defeats to Southampton and Chelsea, both of which saw the ‘Magpies’ concede in both halves and inside the opening ten minutes of play. Additionally, the visitors have been going winless in three consecutive Premier League trips (D2, L1) since beating West Ham 2-0 on Matchday 1. Interestingly, each fixture during that four-game sequence produced precisely two goals at full-time and at least one beyond the 75-minute mark. In fact, three of Newcastle’s four Premier League goals scored on the road this season came beyond the 85th minute. It’s, however, worth noting that Steve Bruce’s men have failed to score from an open play in each of their last four away league matches. 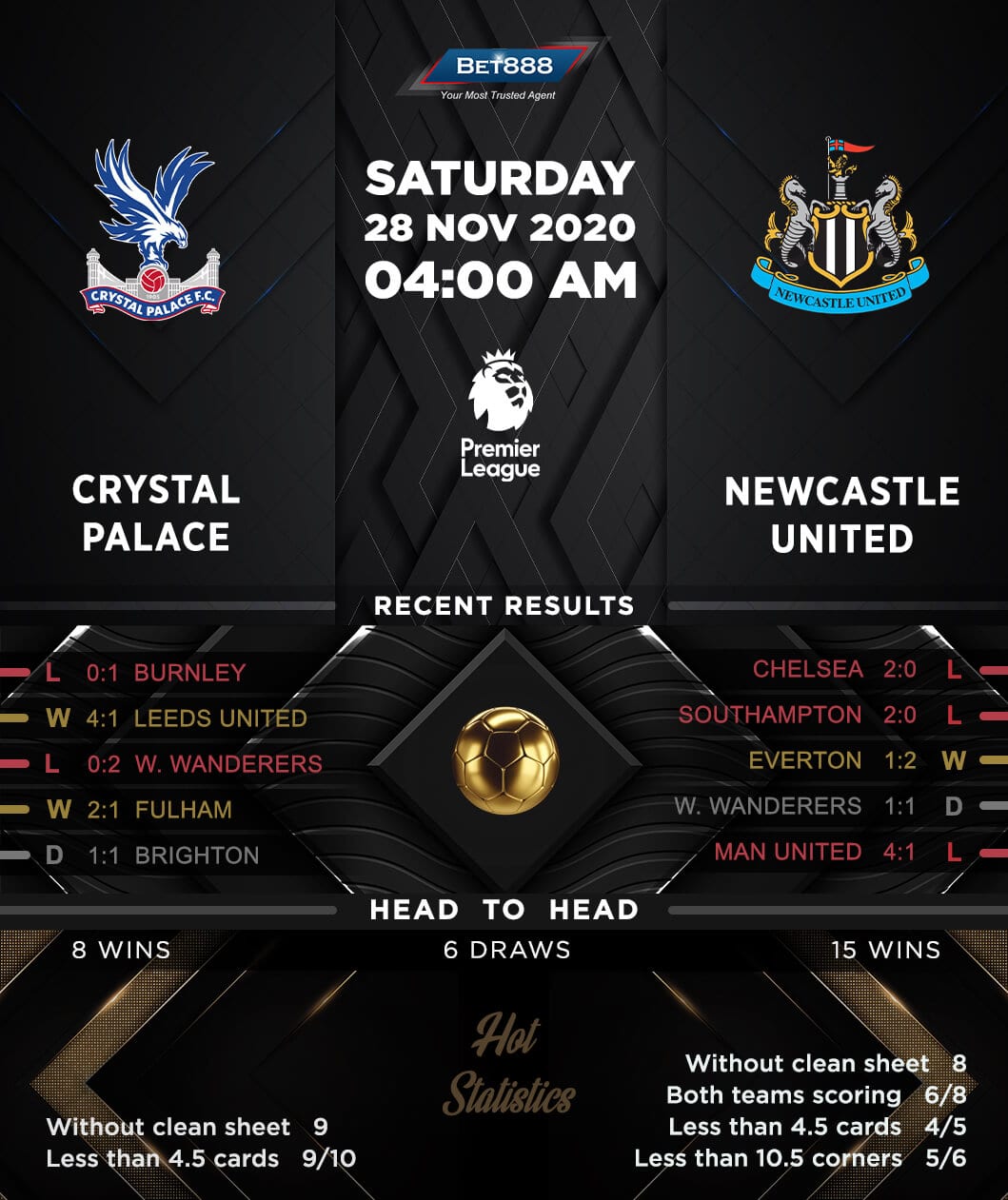