Crystal Palace and Tottenham Hotspur go head-to-head at Selhurst Park in an all-London Premier League match-up, with the home side desperately looking to put an end to a ten-game winless run in their top-flight H2Hs (D1, L9).

Crystal Palace have been struggling to deliver consistency in the recent period, winning three of their last six Premier League fixtures while losing the other three. It’s worth noting that the victor scored the opener within 20 minutes of play in five of those six games won/lost. Palace’s indifferent home form (W2, D1, L2) has been the consequence of their inability to score more. Indeed, Roy Hodgson’s men have netted one goal or less in four of their opening five home Premier League matches, scoring just a single second-half goal across that period. In turn, the ‘Eagles’ have drawn a blank in three of their last five top-flight H2Hs as hosts, scoring precisely one goal apiece in the other two (D1, L4).

On the other hand, the visitors have established themselves as a force to be reckoned with this term, going unbeaten in ten Premier League matches (W7, D3) since suffering a narrow 1-0 home loss to Everton on Matchday 1. Yet, a goalless draw with Chelsea in their last Premier League trip did bring Tottenham’s 100% away league start to a halt (W4), marking a third consecutive league game on the road in which they’ve scored under 1.5 goals. Notably, though, Jose Mourinho’s men have shipped fewer Premier League goals than any other team this season (9) and are the only side yet to concede double digits. Curiously, only three of those goals have come away from home, with two of them arriving before the 35-minute mark. It’s, therefore, not strange that the ‘Spurs’ have scored the opening goal (if any) in 63.64% (7) of their 11 league fixtures so far. 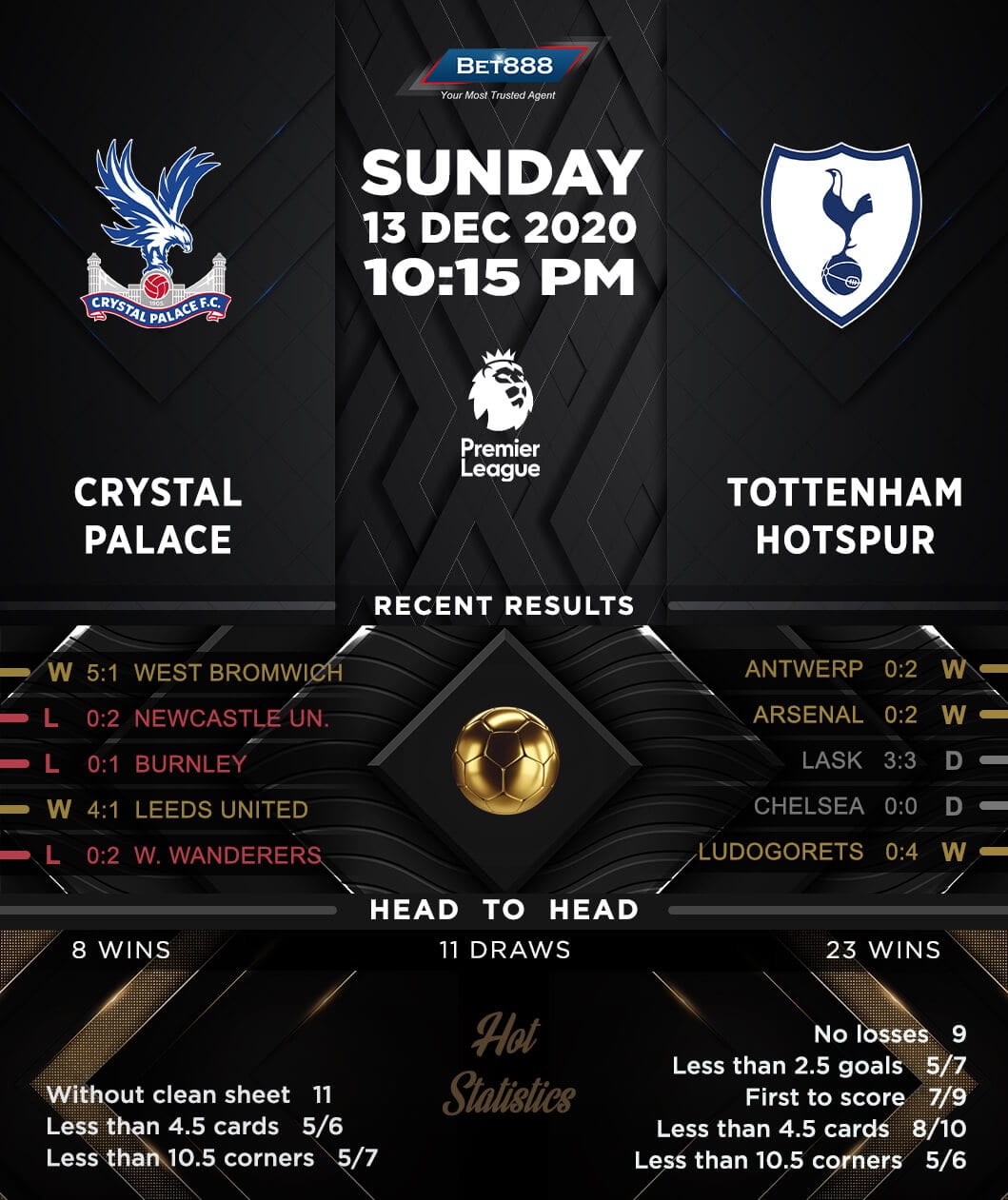