Severely crippled by injuries, Crystal Palace will be desperate to at least find the net after drawing a blank in their last three competitive fixtures (D1, L2). The ‘Eagles’ have been struggling to deliver consistency in recent times, accruing two wins, two draws, and a pair of losses in their previous six Premier League home outings, four of which featured under 2.5 goals. For Palace, goals have been in short supply this season, as they’ve netted one goal or less in seven of their eight home league matches. However, if Roy Hodgson’s men get on the scoresheet here, they are likely to do it before half-time, considering they’ve registered a clear majority (72.73%) of their total Premier League goals scored at home in the first half of play (8/11).

On the other hand, West Ham have been going from strength to strength since suffering a 3-0 defeat at Chelsea in early December, going unbeaten in seven competitive games in a row since then (W5, D2), and winning the last five. In the Premier League alone, the ‘Hammers’ have kept a blank sheet in three of their four previous matches (W3, D1). But, they netted under 1.5 goals three times across that same four-game sequence. The ‘clean-sheet’ theme remains quite significant in the context of West Ham’s recent away fixtures, as five of the last six have seen one or both sides fail to hit the net. Despite succumbing to a 2-1 loss at Selhurst Park last season, the visitors can find some comfort in the fact they have never lost back-to-back Premier League games at this venue. 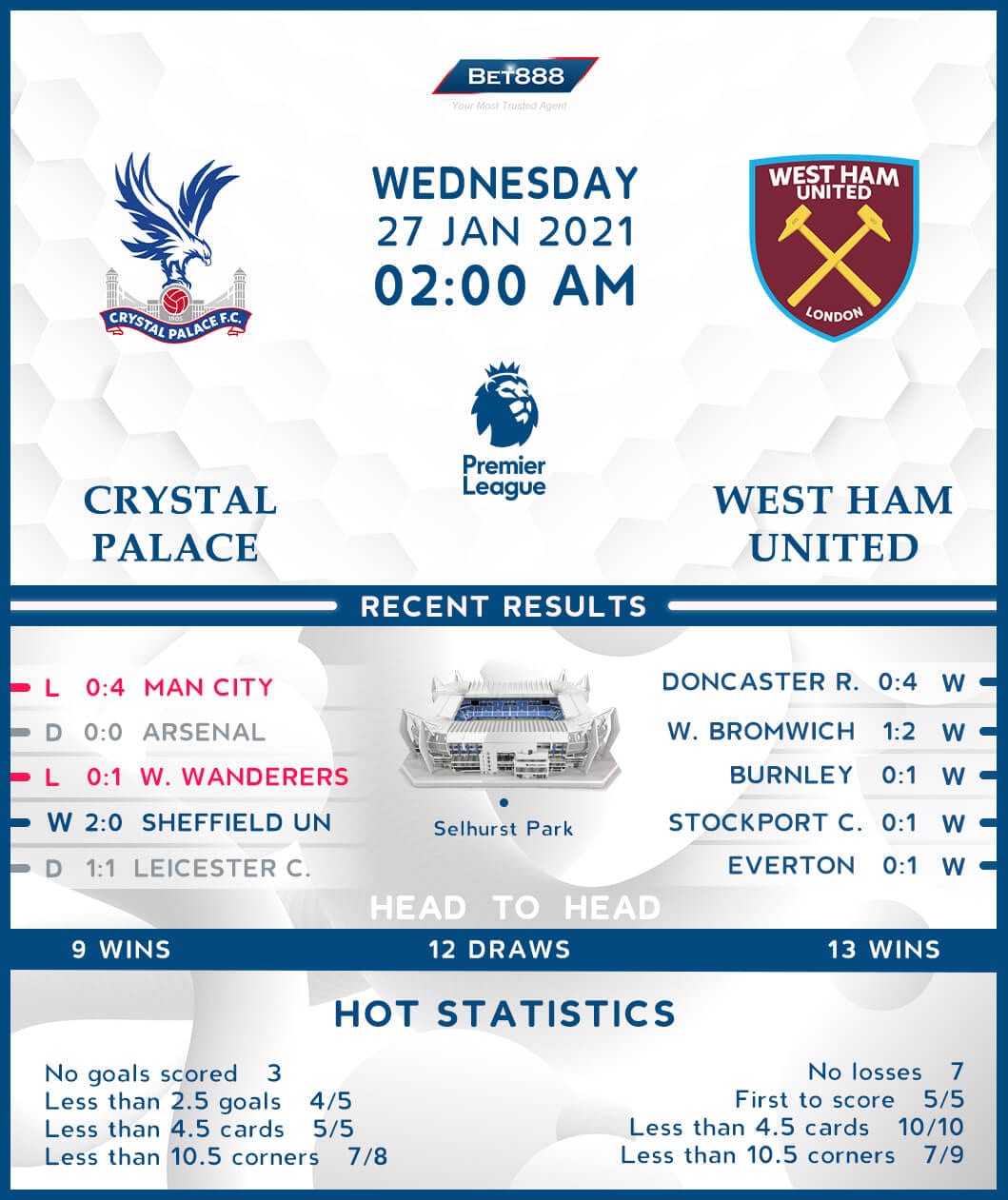