Crystal Palace and Wolverhampton Wanderers share the same amount of Premier League points (23) ahead of their showdown at Selhurst Park.

Midweek’s 3-2 home loss to West Ham United leaves Crystal Palace at a single triumph in their last nine Premier League matches (D4, L4). What’s more, the ‘Eagles’ have failed to win five of their previous six home league fixtures (D2, L3), scoring under 1.5 goals per game on four of those occasions. It will be a daunting task for Palace to get their league campaign going against a side they’ve failed to beat in their previous three top-flight meetings (D1, L2), losing the last two by the identical 2-0 scoreline. Notably, though, Roy Hodgson’s men have netted a league second-highest seven goals within 15 minutes of play this season, which stands for 29.17% of their total Premier League goals scored so far (27).

Meanwhile, Wolves have gone winless in seven Premier League games on the bounce (D3, L4) since beating Chelsea 2-1 at home on Matchday 13, bagging under 1.5 goals in five such matches. By extension, a lack of ruthlessness in the attacking third has seen the ‘Wanderers’ net a miserly average of 0.9 goals per Premier League trip this season, drawing a blank in three of their last five away league fixtures. The visitors have developed a habit of falling behind without recovering, surrendering the points in five of the six Premier League trips in which they conceded the opening goal this term (D1, L5). But, it’s worth mentioning that Nuno Espirito Santo’s men have registered a clear majority (77.78%) of their total league goals scored on the road in the first half of play (7/9). 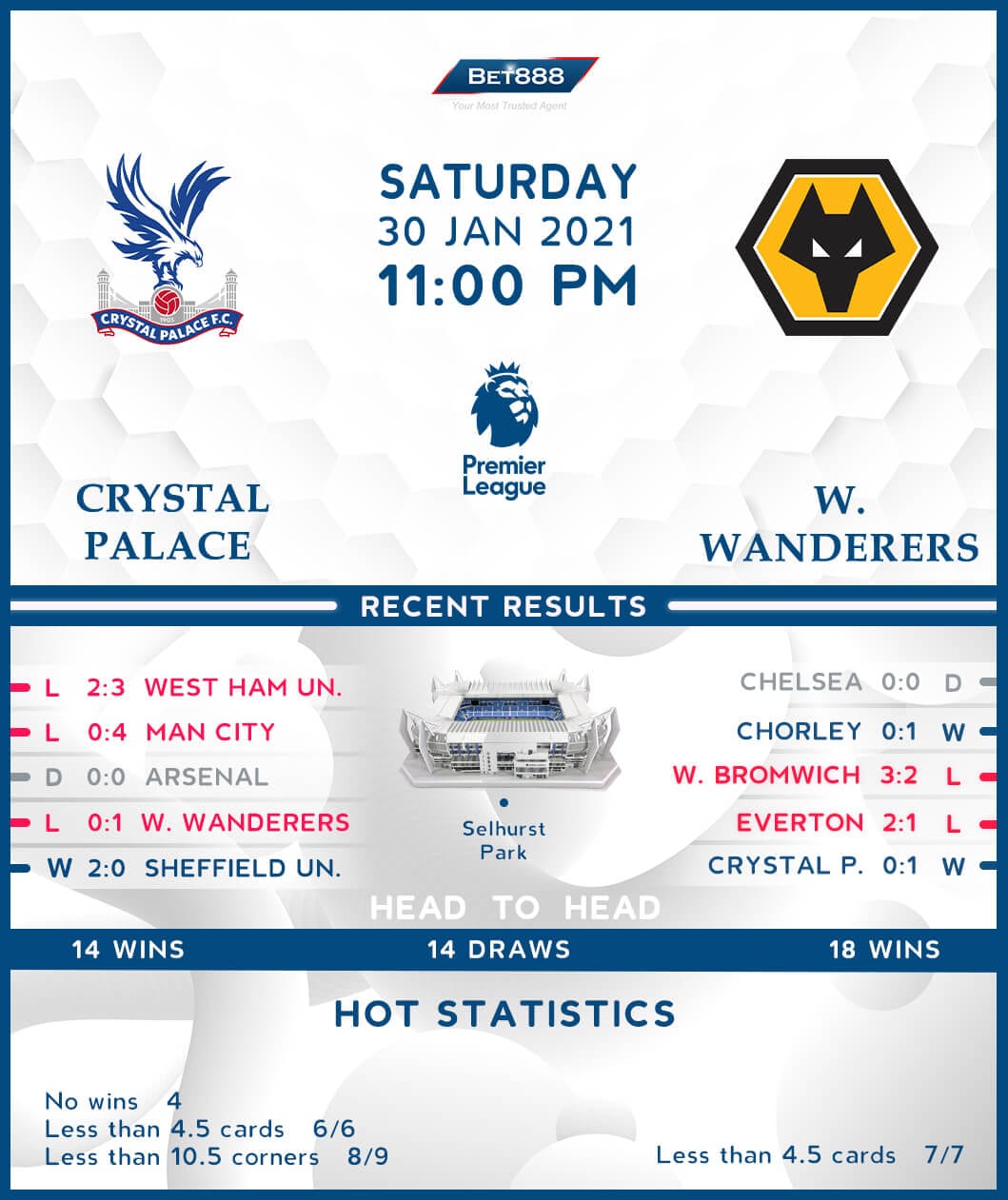