The Czech Republic and Belgium go head-to-head at the Sinobo Stadium in an exciting World Cup Qualifying encounter.

The Czech Republic laid the groundwork for their first appearance in the World Cup finals since 2006 by dismantling Estonia 6-2 in their Group E opener. They have now won three competitive matches on the bounce by an aggregate score of 9-2, getting on the scoresheet within 20 minutes on each occasion. The Czechs’ victory in Estonia also means that none of their last 35 fixtures have ended level (W20, L15), a trend that is likely to extend against a Belgium side they have not drawn against in any of their previous five meetings (W2, L3). Unfortunately, the hosts’ recent record versus FIFA’s top-five ranked nations cannot encourage Jaroslav Šilhavý. Since the start of 2019, Šilhavý’s men have lost two of their three matches against such opposition, each by at least a two-goal margin (W1).

Meanwhile, Belgium hammered Wales 3-1 at home in their qualifying curtain-raiser, stretching their winning run to five games. Remarkably, ‘Les Diables Rouges’ have racked up ten consecutive wins in away World Cup Qualifying fixtures, notably breaking the deadlock in nine and hitting the net in both halves in eight. Topically, quick-fire Belgians have found the opener within 25 minutes of play in each of their previous six away games in all competitions (W5, L1). Roberto Martinez’s men concluded their last qualifying campaign for EURO with ten wins from ten games, returning a staggering +37 goal difference in the process (GF:40, GA:3). Since the beginning of 2019, FIFA’s #1-ranked team has won 15 of their 19 outings by a margin of 2+ goals to rightfully earn their current stature. 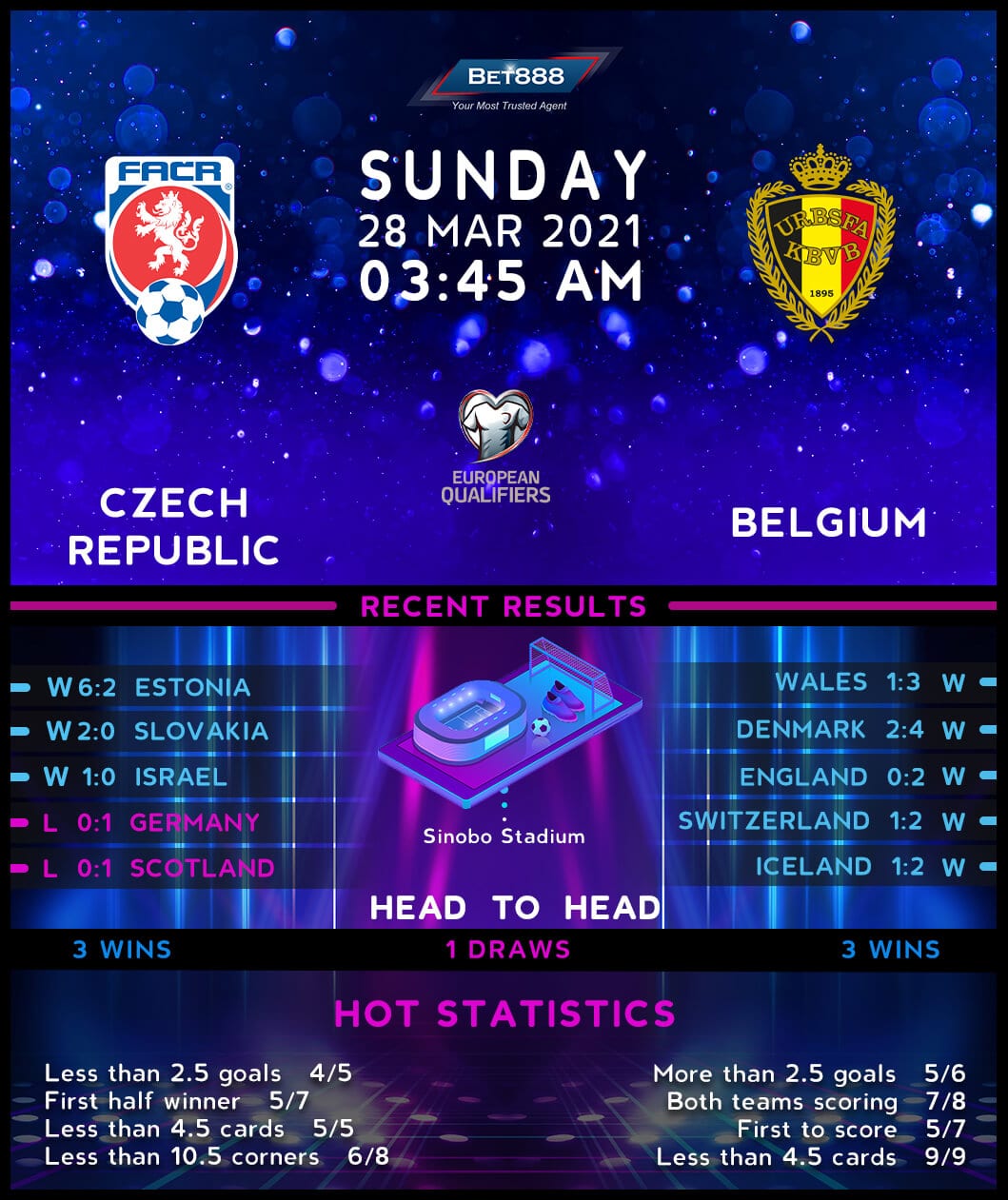