Denmark will be looking to mathematically book their place at Qatar 2022 when they meet underperforming Austria at Parken Stadium.

Denmark eased past Group F whipping boys Moldova 4-0 last time out to make it seven wins from seven World Cup qualifying matches and take a decisive step towards reaching next year’s showpiece. The Danes have been nothing short of remarkable in the ongoing World Cup qualifying cycle, winning all of their fixtures by an aggregate score of 26-0! An imperious qualifying form, coupled with their stellar Euro 2022 exploits, pretty much explains Denmark’s status of clear-cut favorites in this encounter. Adding to their confidence, the’ Danish Dynamite’ have won all three World Cup/Euro qualifying H2Hs, including a thumping 4-0 victory in the reverse fixture back in March. Another success here would see Denmark officially claim their place at Qatar 2022, and having won eight of their last ten internationals at home (L2), they look to be in a prime position to make it happen.

On the other hand, Austria’s indifferent form in Group F (W3, D1, L3) places them in fourth, four points adrift of second-placed Scotland, meaning there’s no margin for error here if they are to reach their third straight major tournament. However, ‘Das Team’ last managed to qualify for the World Cup finals in 1998, and their disappointing Euro 2020 showings suggest they struggle against top-class opponents. The one thing that can encourage Franco Foda and his men is that they’ve netted precisely two goals in each of their four World Cup qualifying matches away from home. That’s the kind of statistic they will want to dwell on against one of Europe’s toughest defenses. But a run of three successive H2H defeats on Danish soil implies the Austrians could be in for another disappointing result here. 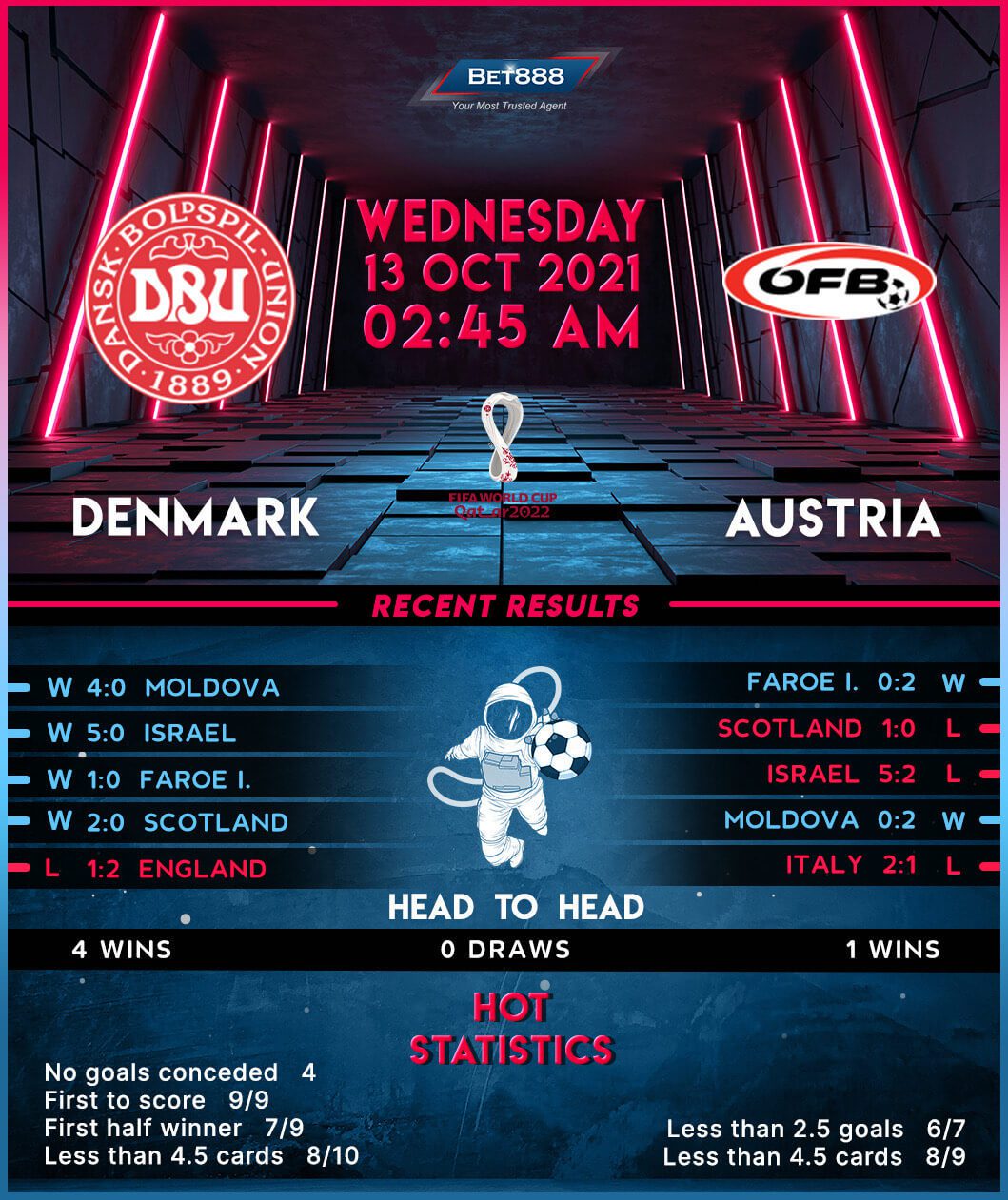