Denmark will fight for their Euro 2020 survival this midweek as they go up against Group B favorites and leaders Belgium at the Parken Stadium in Copenhagen.

Following a shocking 1-0 defeat to Finland in their Group B curtain-raiser, Denmark can ill-afford a slip-up here if they are to reach the Euro 2020 knock-out stages. The ‘Danish Dynamite’ have lost three consecutive matches at the European Championships for the third time in their history, drawing a blank in the tournament’s group stage for the first time since 2004. Additionally, Denmark have lost each of their last two competitive meetings with Belgium by a two-goal margin. They now face the risk of suffering three successive defeats to this opposition for the first time in their history. Despite the importance of this encounter, a high-scoring affair is on the cards, considering the last 14 H2H meetings between these two teams have yielded an average of 3.7 goals.

On the other hand, Belgium dismantled Russia 3-0 in their opening game of the tournament. That success means that ‘De Rode Duivels’ have picked up four victories in their last five matches at the European Championships (L1), as many wins as they managed in their previous 13 in the competition (W4, D2, L7). If he leads Belgium to a win against Denmark, Roberto Martinez will equal Guy Thys’ record of eight triumphs at major international tournaments in the national team’s dugout. Encouragingly, since succumbing to a 3-1 loss in the Euro 1996 qualifying campaign back in 1995, Belgium have racked up a three-match unbeaten run against Denmark (W2, D1), netting 2+ goals on each occasion. Remarkably, since losing 2-0 to France in the 2018 World Cup semi-finals, the Belgians have found the net in each subsequent international outing. 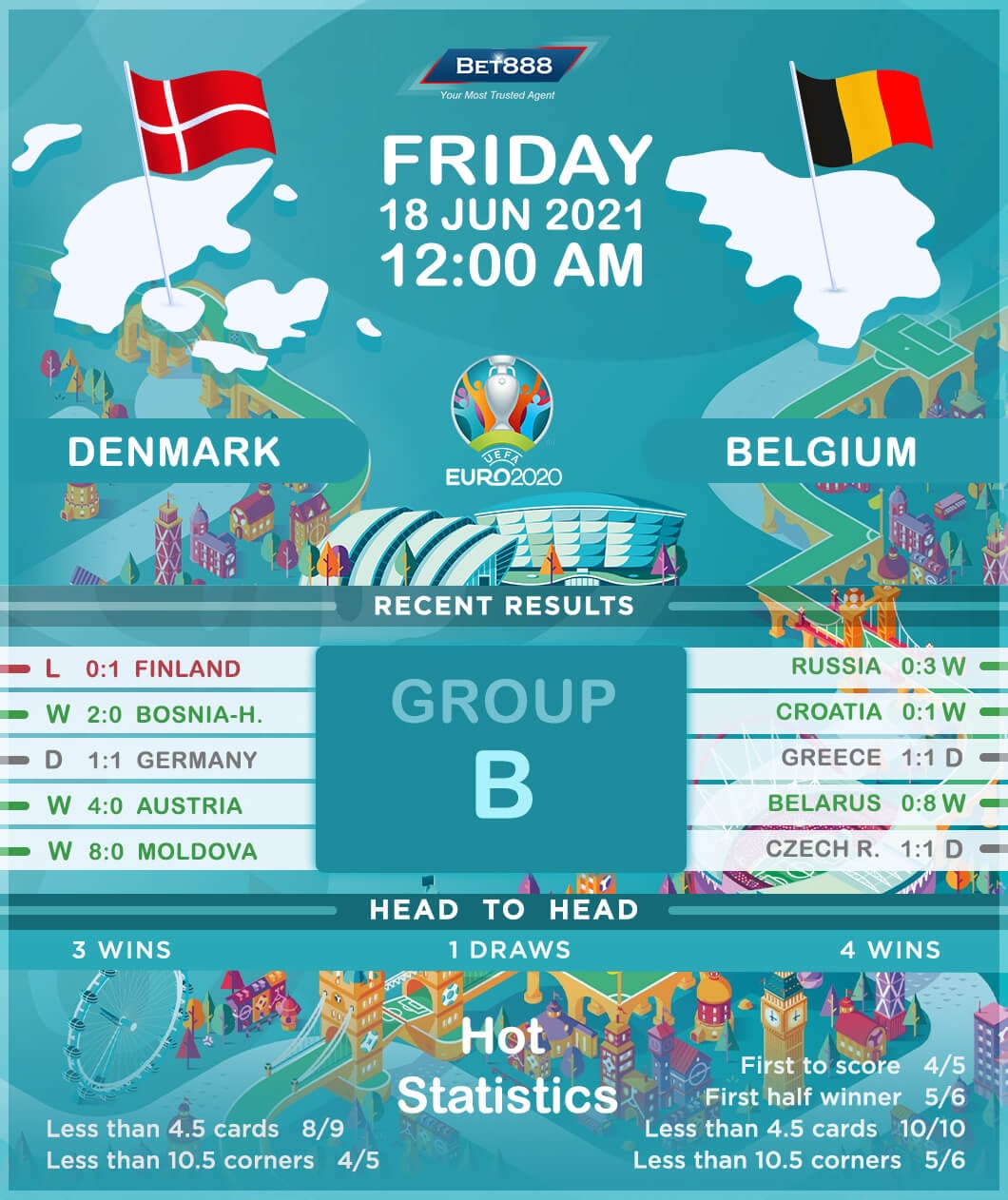