Denmark’s warm-up campaign ahead of the upcoming Euro finals completes at the Brøndby Stadion as they meet Bosnia & Herzegovina in an international friendly.

Following a run of three consecutive matches without winning (D2, L1) at the beginning of 2020, the hosts have established themselves as a force to be reckoned with, racking up eight wins in their subsequent ten outings (D1, L1). Before being held to a 1-1 draw to Germany in their most recent international game, the ‘Danish Dynamite’ had won three matches on the bounce by an aggregate score of 14-0. After drawing a blank in back-to-back home UEFA Nations League fixtures back in September 2020, Kasper Hjumland’s men have put together four straight victories at home by an aggregate scoreline of 16-1. By contrast, Denmark haven’t won any of their last four meetings with Bosnia (D2, L2), conceding 2+ goals on three occasions in the process.

On the other hand, the visitors have experienced a rough patch since football returned to action post lockdown, failing to win any of their 12 matches post restart (D6, L6). Goals have been at a premium for Bosnia of late, as they’ve netted under 1.5 goals in ten of their previous 12 outings, drawing a blank in the last three in a row. Having that said, high scoring has been a theme in Bosnia’s recent away matches as seven of their previous eight games have produced over 2.5 total goals, with the last two seeing 4+ goals and both teams on the scoresheet. If they find the net here, the Bosnians are likely to do it after the half-time break, as each of their last seven goals scored on the road has come in the second half of play. 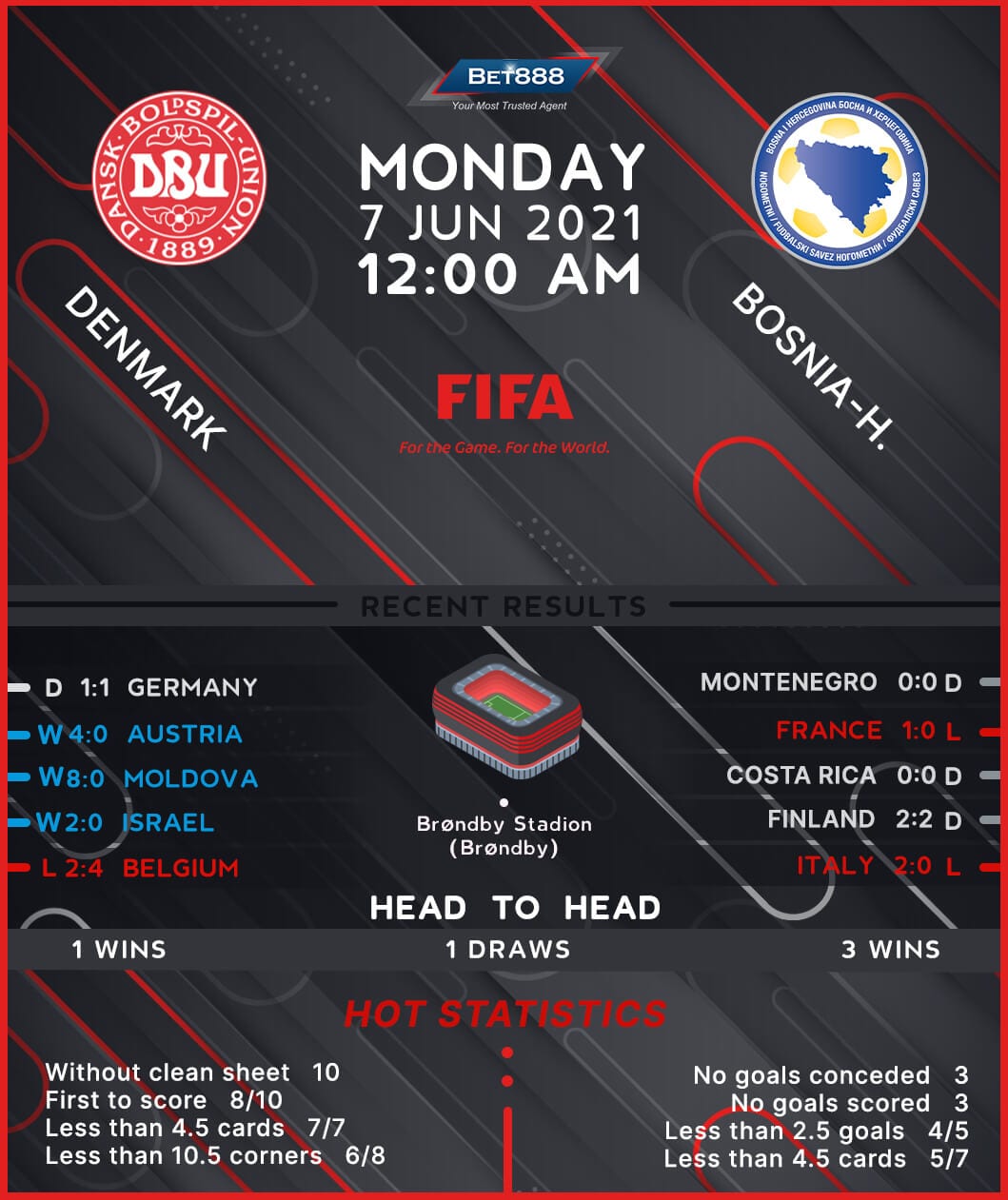