Denmark and Finland begin their Euro 2020 campaign at the Parken Stadium in Copenhagen as the two teams meet in their Group B curtain-raiser.

After missing out on Euro 2016, Denmark return to the European Championship finals, having struggled to progress from the group stage three times in their previous four appearances at the final tournament. Including World Cup and European Championships, ‘Danish Dynamite’ have failed to score 3+ goals in 22 consecutive matches at major tournaments since dismantling Nigeria 4-1 at the 1998 World Cup. With that said, Kasper Hjulmand’s men have notched up over 1.5 goals in seven of their last eight outings overall, with a 1-1 away draw with Germany in an international friendly on June 2 the solitary exception to this run. Additionally, except for a 4-2 away reverse to Belgium in the UEFA Nations League back in November 2020, Denmark have avoided defeat in 11 of their last 12 international games, friendlies included (W9, D2).

Meanwhile, Finland have managed to qualify for their first major tournament, reaching the final competition as Euro 2020 qualifying Group J runners-up to Italy. They did so without drawing a single match in the qualifying series (W6, L4), with each of their six victories in that sequence yielding a clean sheet. The ‘Huuhkajat’ became the 35th different nation to reach the European Championship finals, successfully negotiating their 14th Euro qualifying campaign. However, Markku Kanerva’s men have experienced an epic dip in form ahead of the tournament, going from four victories in a row to six consecutive internationals without winning (D2, L4). Moreover, after finding the back of the net in ten consecutive international fixtures, Finland haven’t scored in their last two warm-up matches against Sweden and Estonia (L2). 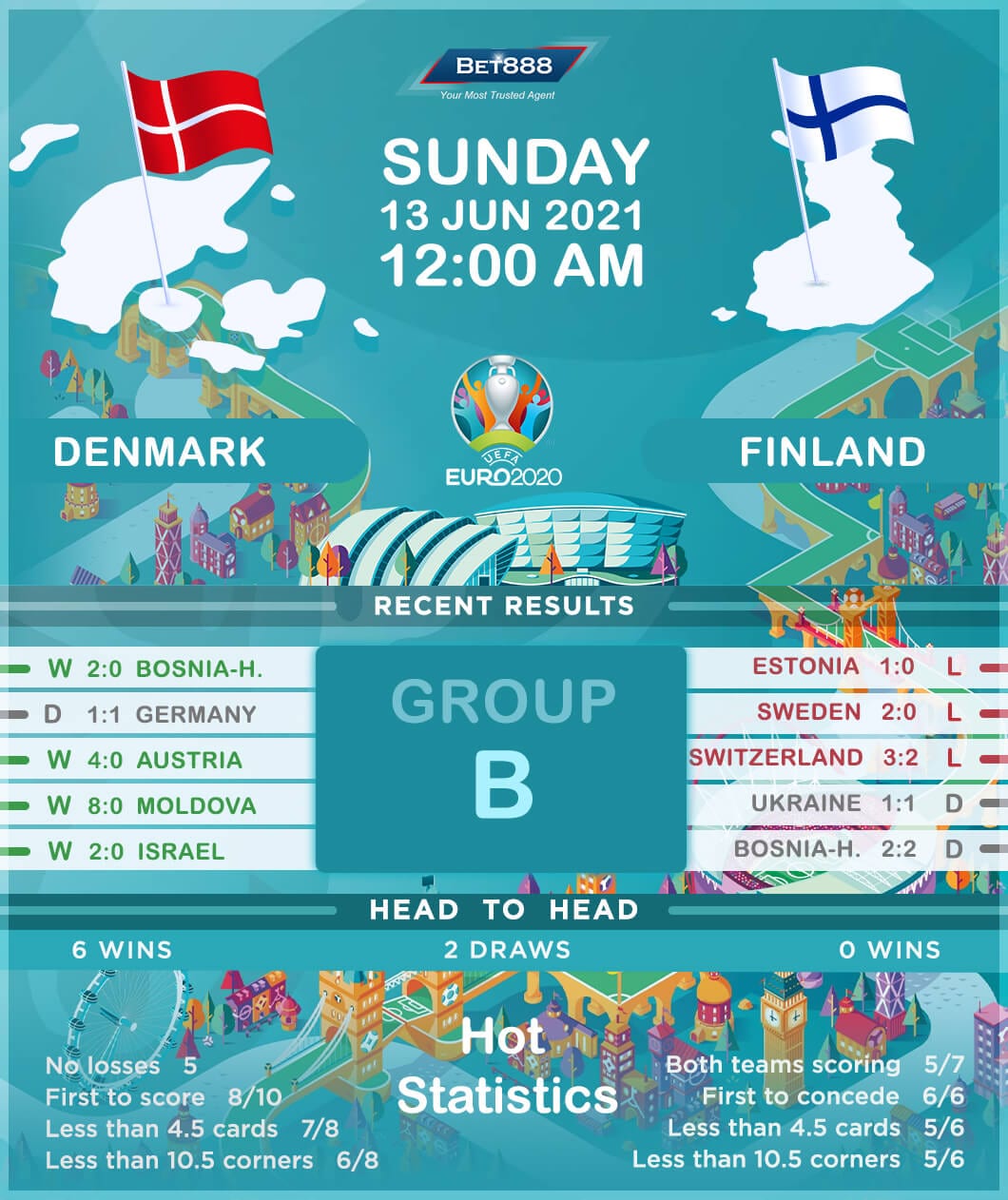