Stade Gaston Gérard is the venue, as Dijon and Lille face off in their one-off Coupe de France Round 1 tie.

Faced with a potential Ligue 1 relegation, Dijon will look for some solace in the Coupe de France, though they go into this encounter on the back of four consecutive defeats, three of which came by a narrow one-goal margin. For ‘Les Hiboux,’ goals have been at a premium lately, as witnessed by the fact they’ve failed to get on the scoresheet in seven of their last eight home outings, with all of those fixtures featuring under 2.5 FT goals. Adding to this misery, David Linares’ men have drawn a blank in three of their six competitive home meetings with Lille this millennium, scoring precisely once per game in two of the other three. If Dijon somehow manage to find the net here, they are likely to do it after half-time, as three of their total four home goals scored this season have come in the second half of play.

As for Lille, they’ve hit a purple patch lately, winning each of their last six competitive matches, five without conceding a goal. What’s more, Christophe Galtier’s men have won each of their previous six away games, five of which were ‘to nil’ and yielded under 2.5 FT goals. In fact, only PSG (14) have shipped fewer goals in domestic competitions than ‘Les Dogues’ (15) this season. Knocking Lille off their perch has been virtually impossible this season, as evidenced by the fact they have won all seven of their domestic trips in which they’ve been leading at half-time. Indeed, the visitors often step on the gas after the break, registering 61.9% of their total away Ligue 1 goals scored this term in the second half of play. 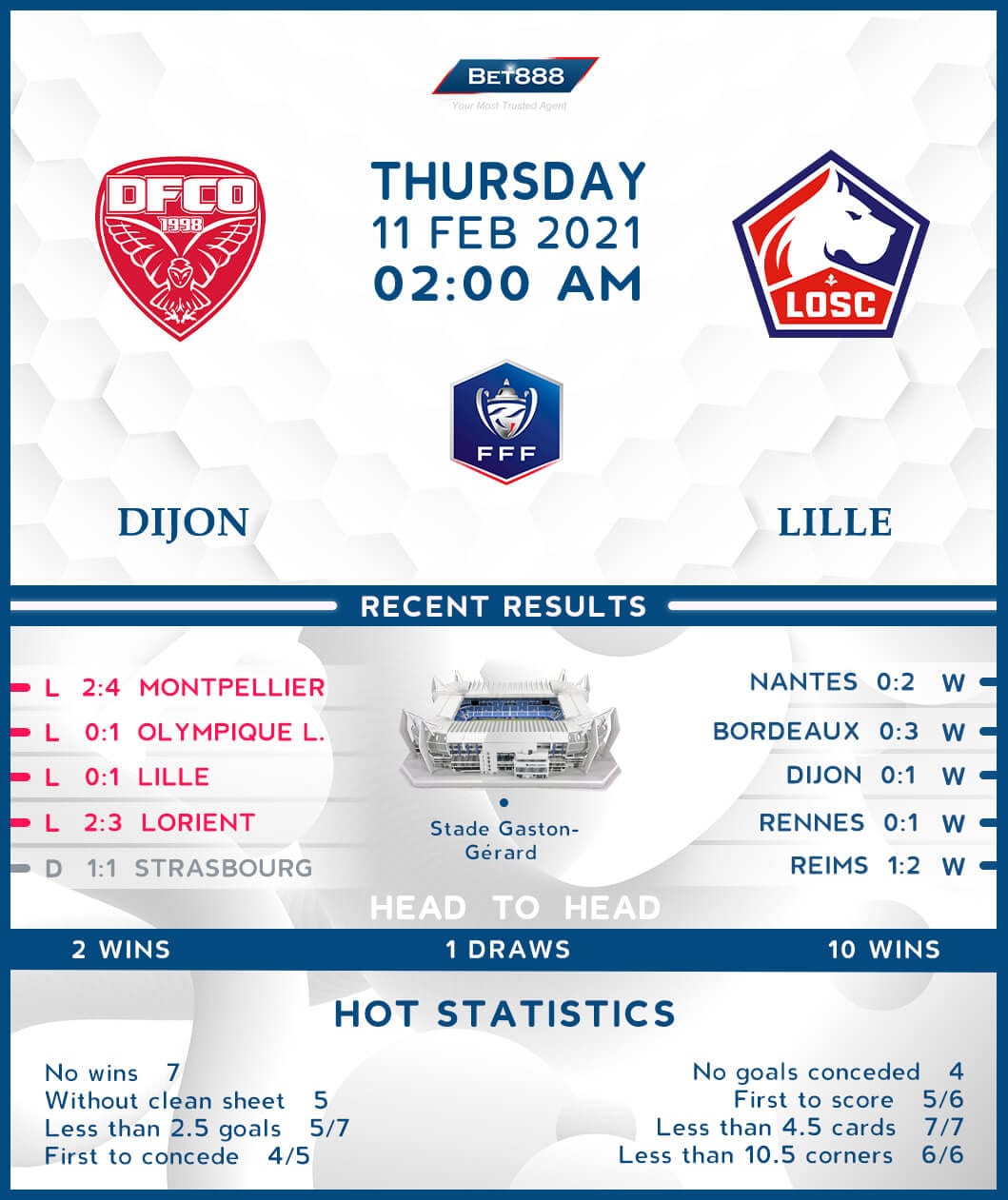