Tottenham Hotspur are in a comfortable spot to reach the UEFA Europa League quarter-finals as they take on Dinamo Zagreb at the Stadion Maksimir 2-0 up.

After going unbeaten in a sumptuous Group K campaign in autumn (W4, D2), Dinamo Zagreb outscored Krasnodar in both legs of their last-32 tie (3-2 A, 1-0 H). A 2-0 first-leg reverse puts the reigning Croatian champions in front of a Herculean task considering they have only won one of their six UEFA matches against English opponents at home (D1, L4). Damir Krznar’s men have won 38.1% of the UEFA competition ties in which they lost the first leg on the road (8/21), losing three of four in which they succumbed to a 2-0 first-leg defeat away from home. However, the ‘Blues’ have not lost any of their last 13 home matches in the Europa League (W10, D3), scoring 26 goals in the process. This season alone, they have kept three clean sheets in their four home outings in the competition.

Meanwhile, Tottenham cruised through to the Europa League knock-out stages without breaking a sweat, having finished top of Group J with four wins in six games (D1, L1). Jose Mourinho’s men swept Wolfsberger aside 8-2 on aggregate in the Round of 32 (4-1 A, 4-0 H) to set up only their third two-legged tie against Croatian opposition. Although they’ve won each of their previous three such showdowns, the ‘Spurs’ lost two of their three away fixtures, winning the remaining one. Curiously, Tottenham’s victory over Wolfsberger in Budapest snapped their dismal run of nine away games in the Europa League knock-out phase without winning (D4, L5). Yet, the Londoners are confident of securing a spot in the quarter-finals after successfully negotiating 18 of the 20 UEFA competition ties in which they won the first leg on home soil. 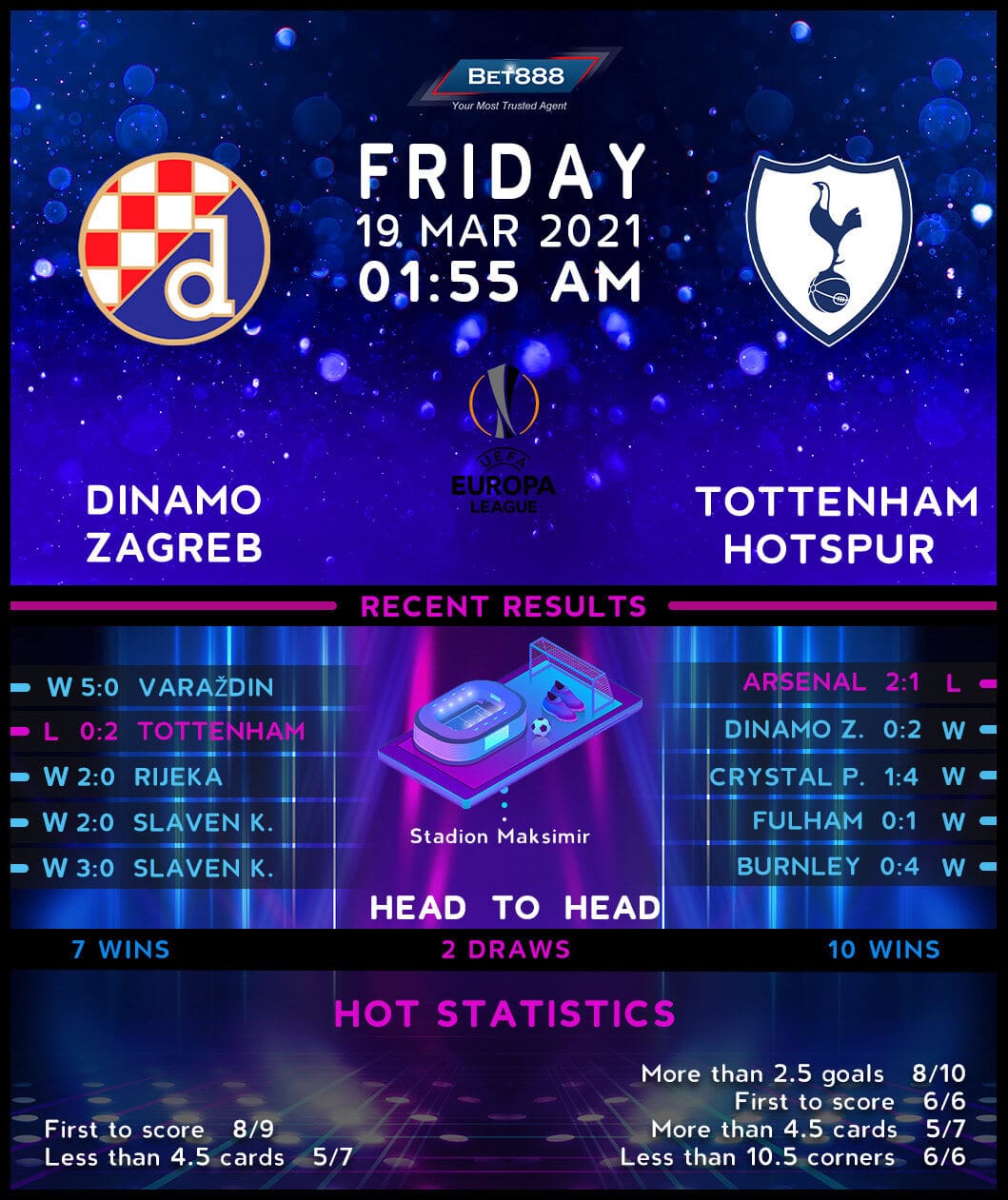