Although a 6-1 thumping of Chornomorets Odessa over the weekend maintained Dynamo’s eye-catching start to their Ukrainian Premier League (W12, D2, L1), that’s a stark contrast to their Champions League fortunes. The Ukrainian heavyweights head into proceedings nailed to the bottom of Group E (D1, L3) and are the only side in the competition yet to find the net this season. Additionally, they have attempted just seven shots on target across their opening four Group E outings, which is five less than Bayern Munich’s Robert Lewandowski has managed alone so far (12)! Despite turning Dynamo into genuine title candidates in the Ukrainian championship, current head coach Mircea Lucescu has won just one of his ten Champions League matches as a Kiev manager (D2, L7).

On the other hand, a frustrating 2-1 away defeat to Bundesliga strugglers Augsburg over the weekend halted Bayern’s three-match winning streak in all competitions. However, the ‘Bavarians’ have already booked their place in the Champions League knock-outs after winning their opening four Group E games by an aggregate score of 17-2! Yet, the perennial German champions could still make history here and become the first side in the European Cup/Champions League history to score 4+ goals in four matches on the trot. Given that Julian Nagelsmann’s men have netted an average of 4.00 goals per game in all competitions this season, that prospect looks to be very much within the realm of possibility. But it’s worth noting that Bayern have failed to win their last three Champions League fixtures on Ukrainian soil (D2, L1), playing out a goalless draw with Shakhtar Donetsk in their most recent visit to the country. 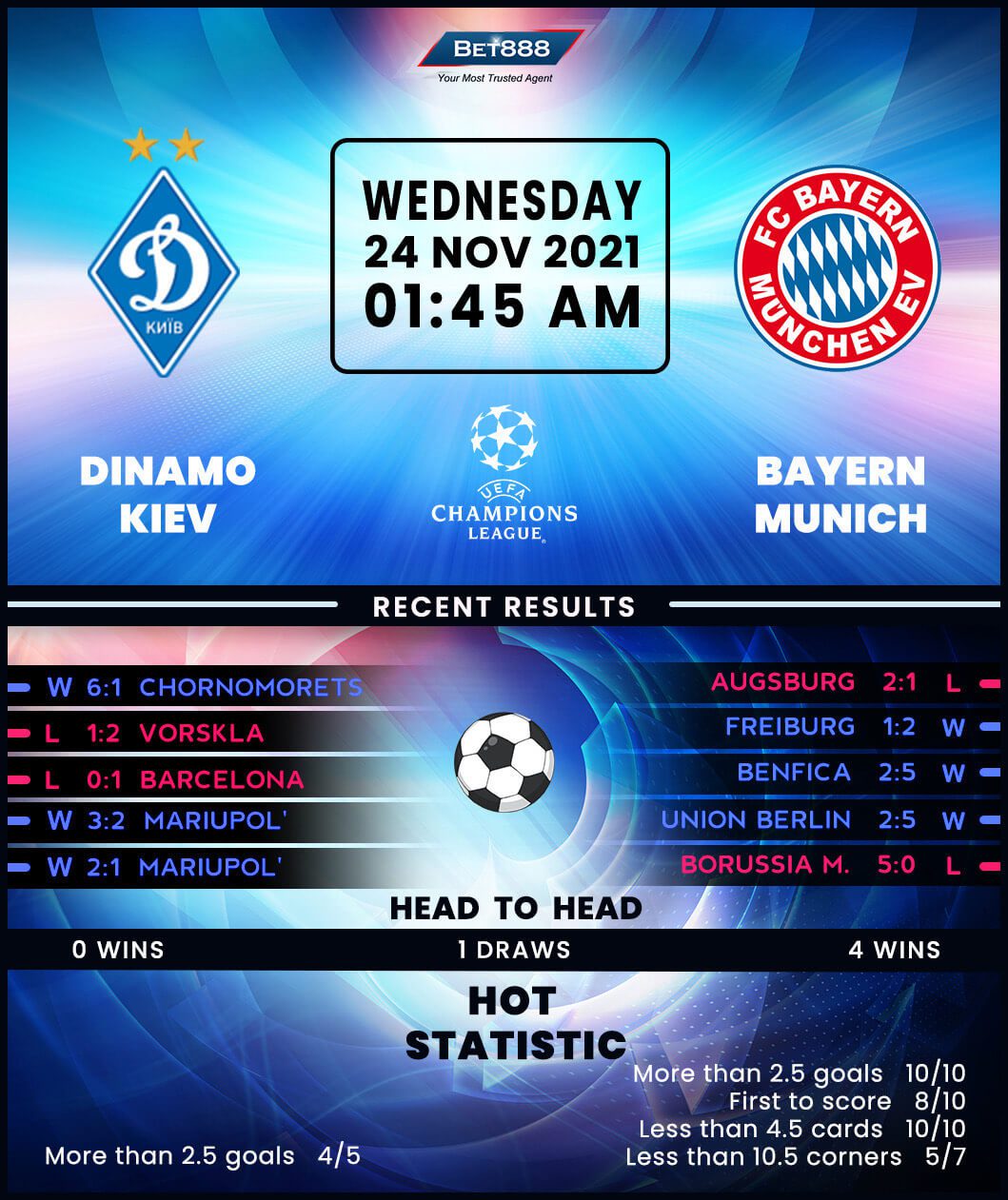