Ecuador’s patchy form in the ongoing World Cup Qualifying series has seen three consecutive victories sandwiched by a pair of losses. Curiously, while both defeats in that five-game sequence saw ‘La Tri’ draw a blank, Gustavo Alfaro’s men netted an average of 4.33 goals per win. At home, the Ecuadorians have won both World Cup qualifiers by an aggregate score of 10-3, scoring at least two goals in each half of the World Cup Qualifying action played so far. But, after winning three successive World Cup Qualifying meetings with Peru between 2007 and 2011, the hosts have lost their last three such encounters, each by a single-goal margin. There’s been plenty of action in Ecuador’s recent World Cup Qualifying matches on home soil, with nine of their last ten such contests producing over 2.5 goals.

Meanwhile, Peru’s disastrous start to this World Cup Qualifying campaign has seen them succumb to four straight defeats following a 2-2 away draw with Paraguay on Matchday 1. A 3-0 home thumping to Colombia in their most recent outing means all of Peru’s four losses in this World Cup Qualifying series have yielded a margin of 2+ goals, with the last three seeing the Peruvians fail to get on the scoresheet. Since the beginning of 2015, ‘La Blanquirroja’ have picked up just two victories in their 31 away World Cup Qualifying fixtures (W2, D4, L25), ‘awarded’ wins excluded. Six of their last nine defeats in such contests have witnessed Peru draw a blank, which has been the case in both of their previous meetings with Ecuador. 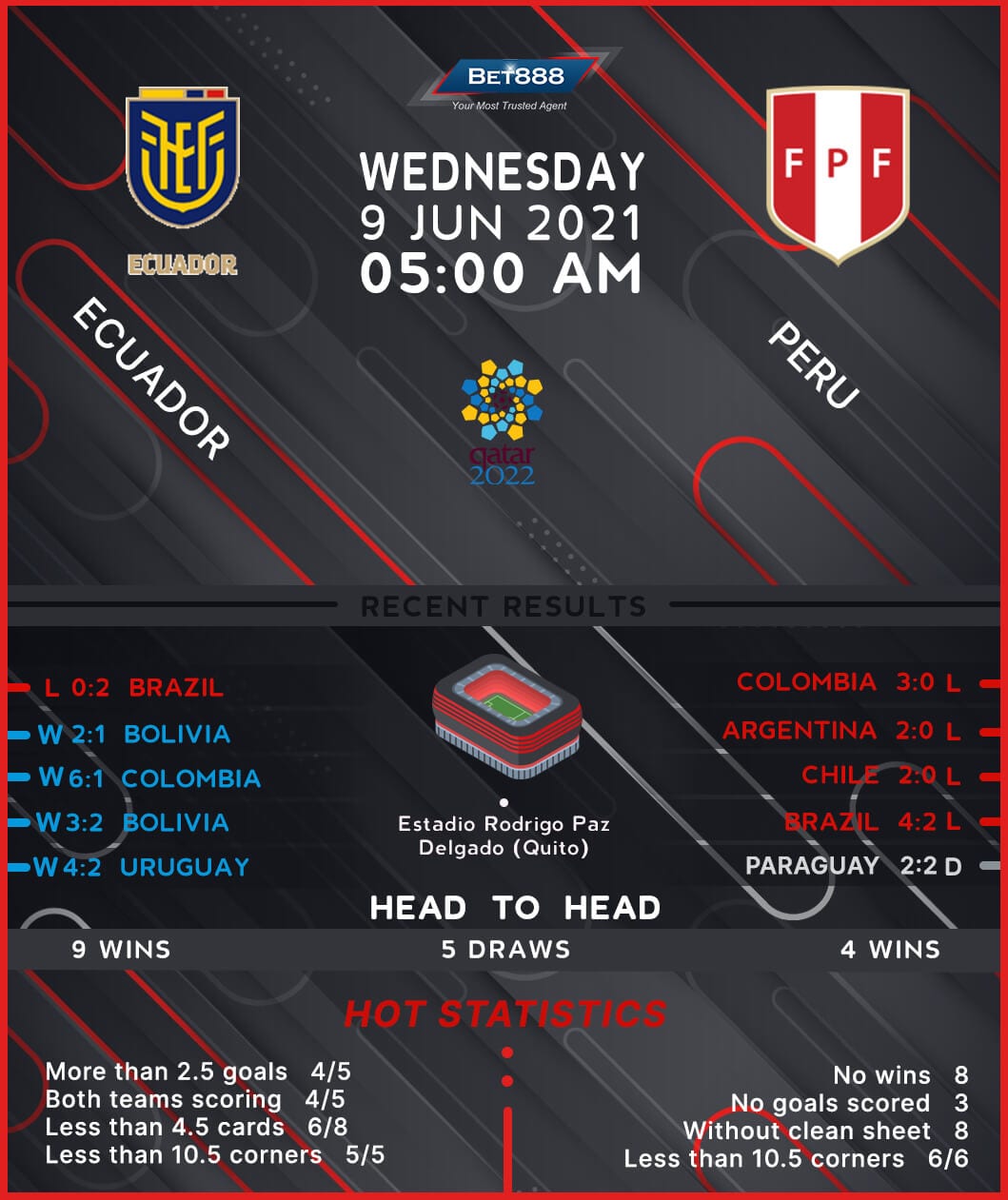