Eibar and Atletico Madrid go head-to-head at the Estadio Municipal de Ipurua in a potentially low-scoring La Liga match. Six of their last eight league meetings have produced under 2.5 goals.

Eibar have picked up just one victory in their last seven La Liga matches (D3, L3), scoring under 1.5 goals in each draw/loss in that sequence. Indeed, a lack of firepower up front has seen ‘Los Armeros’ net the division’s third joint-low 15 goals this season, with only 26.67% of them coming at home. Particularly toothless before half-time, Jose Luis Mendilibar’s men have scored just a single first-half goal in their eight home La Liga games this term. Action at the Estadio Municipal de Ipurua has been at a premium this season, as two (22.22%) of Eibar’s nine league fixtures here have featured over 2.5 goals. Interestingly, prior to securing a 2-0 victory when they last met Atletico Madrid in La Liga (January 2020), Eibar had gone winless in 11 such contests beforehand (D2, L9).

Meanwhile, Atletico Madrid are leading the way in La Liga this season, as they enter this round on the back of a five-game winning league run, holding a four-point advantage over closest chasers Real Madrid. Away from home, ‘Los Colchoneros’ have won five of their last six La Liga matches (L1), with four of the games won/lost in that period seeing the victor keep a clean sheet. Notably, Diego Simeone’s men have conceded a league-low four away goals this term, three of which arrived in the second half of play. Winning the first half could pave the way for another success, as Atletico Madrid have won all nine La Liga fixtures when doing so this season. Curiously, though, they have claimed four wins in the six league matches that were level at half-time (D2). 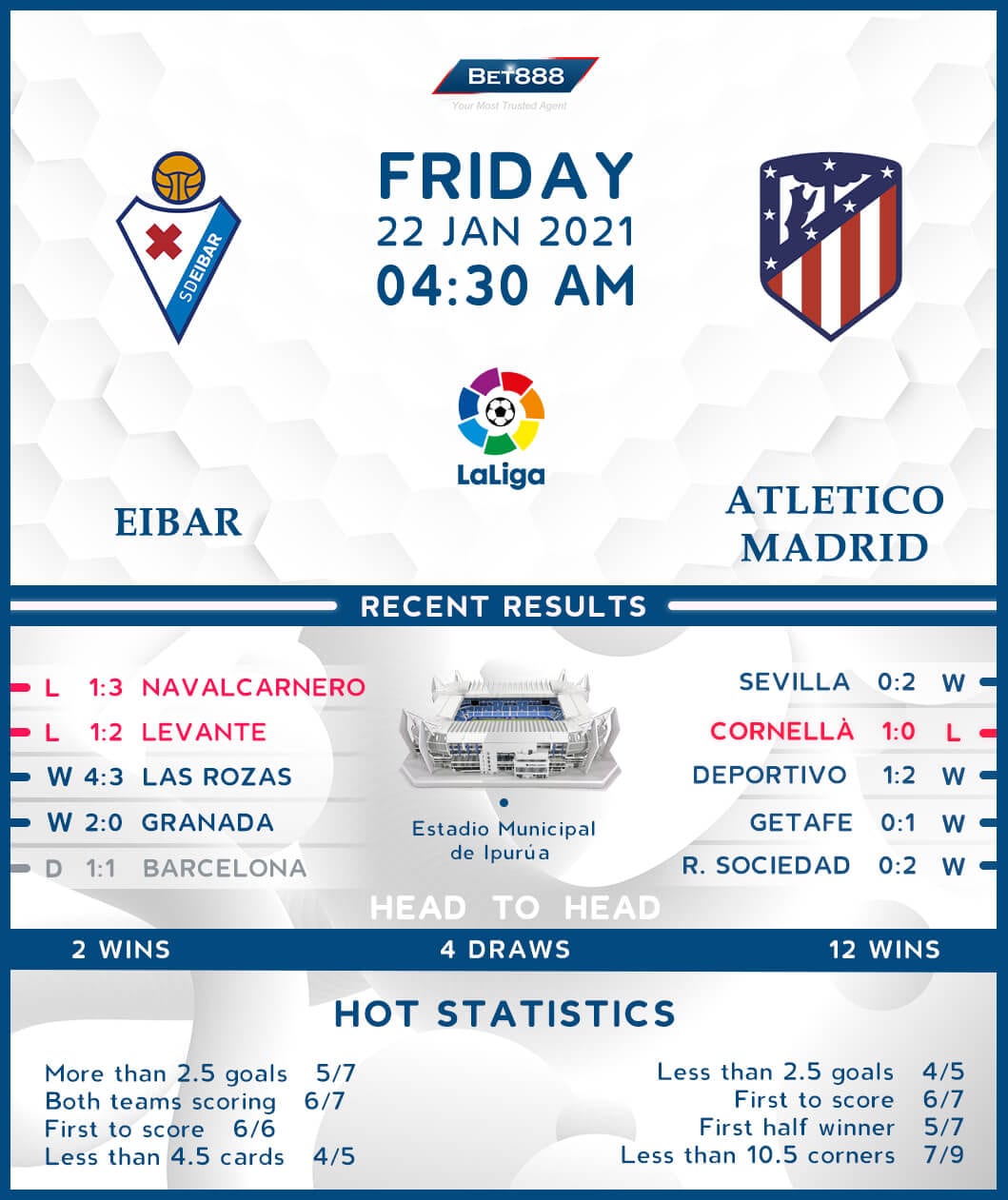