Relegated Eibar entertain third-placed Barcelona at the Estadio Municipal de Ipurua on the final matchday of the 2020/21 La Liga season.

Following back-to-back La Liga victories ‘to nil,’ Eibar have gone winless in two consecutive league matches (D1, L1), conceding the opener by the fourth minute on each occasion. The hosts have won just two of their ten home La Liga fixtures since the turn of 2021 (D3, L5), scoring under 1.5 goals in each game they didn’t win. Since securing promotion to La Liga in 2014/15, Eibar have suffered five defeats in six home league meetings with Barcelona (D1), frustratingly drawing a blank in each reverse. Eibar’s immense scoring difficulties have seen them net a miserly average of 0.66 goals per home La Liga match this season. Their tally of 12 home goals scored in a single top-flight campaign is the second-worst in the 21st century.

Meanwhile, Barcelona head into proceedings winless in three consecutive La Liga outings (D2, L1) since a 3-2 away win to Valencia in early May. In fact, Barca’s tally of seven defeats in 37 La Liga fixtures this season is their worst such total in a single top-flight campaign since 2007/08 (9 losses at the time). However, the Catalan juggernauts have come out victorious in 11 of their last 13 La Liga road trips (D1, L1), netting an intimidating average of 2.69 goals per game in this sequence. Additionally, Ronald Koeman’s men have scored a league-high 40 away goals this season, including another division-high 22 second-half strikes. There’s been plenty of post-half-time action in Barcelona’s recent La Liga trips, as each of the last two has featured 4+ second-half goals. 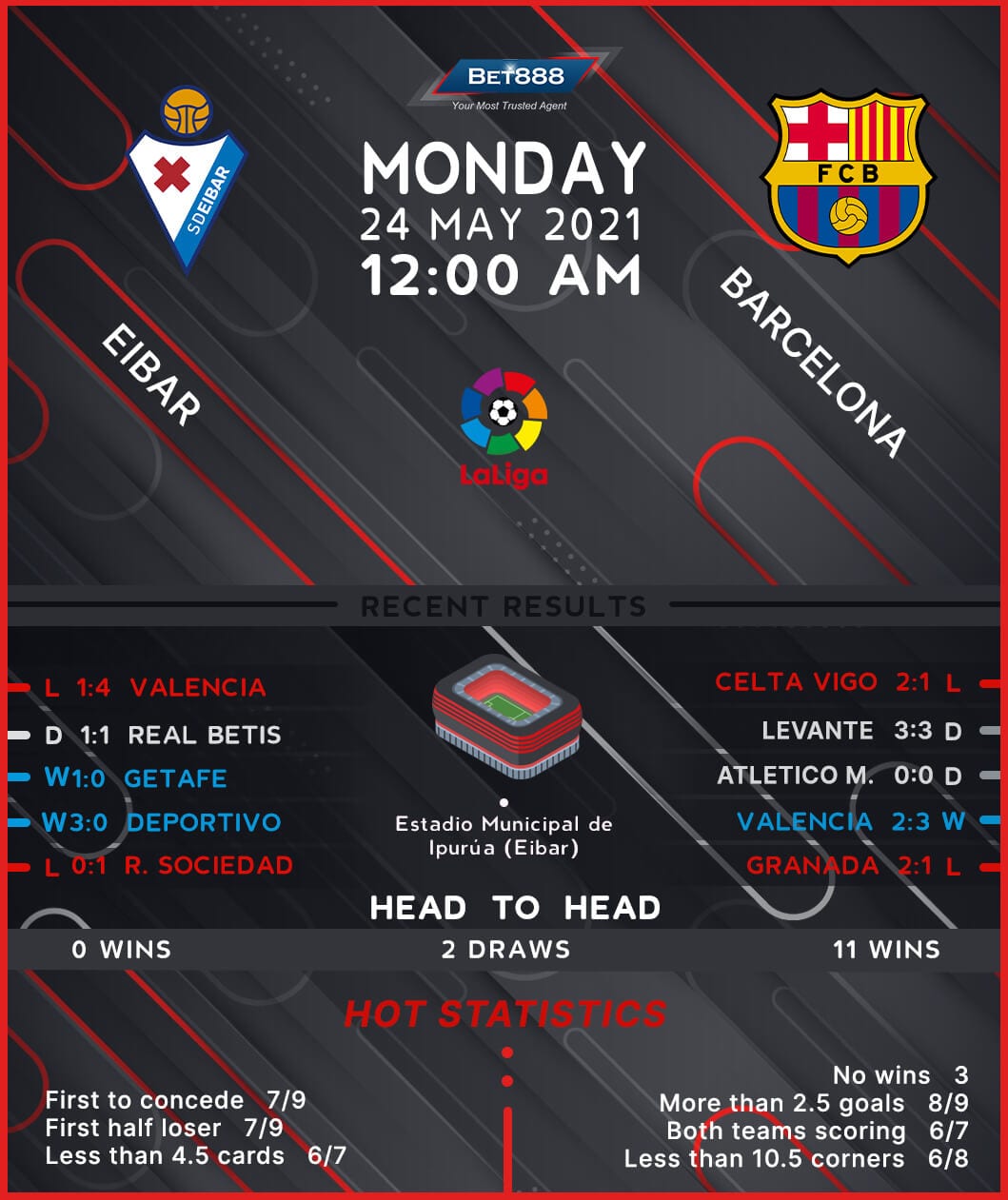