Estadio Municipal de Ipurua is the venue as relegation-threatened Eibar take on mid-table Levante in a must-win La Liga fixture.

Eibar have gone winless in 12 league fixtures on the bounce (D4, L8) since beating Granada 2-0 at home in their first La Liga game of 2021, a sequence that saw them drop to the relegation zone. Additionally, ‘Los Armeros’ scored under 1.5 goals each time across that 12-match sequence while conceding 2+ goals in half (6) of those encounters. It has been an utterly underwhelming home domestic campaign for Eibar so far, as they’ve picked up just a single win in 13 La Liga outings at the Municipal de Ipurua (D6, L7). They are the only side in the Spanish top-flight yet to hit double digits in terms of the points collected at home (9). On the bright side, though, Jose Luis Mendilibar’s men have not lost any of their last five home La Liga clashes against Levante (W2, D3), netting over 1.5 goals on each occasion.

Meanwhile, Levante have not drawn any of their last four La Liga matches (W1, L3) since being held to a 1-1 home stalemate to Athletic Club on Matchday 25, with each game won/lost in that stretch seeing the winner on the day keep a clean sheet. Levante’s defensive woes have seen them register a league-low three shutouts for the entire 2020/21 campaign. However, they conceded a decent average of 1.34 goals per La Liga game so far. After drawing a blank in back-to-back league fixtures, the ‘Granotas’ will be desperate to get on the scoresheet here, something they have failed to do in each of their last three top-flight meetings with Basque opposition (L3). Topically, Paco Lopez’s men have bagged an average of just 1.07 goals per La Liga trip this term, netting 2+ goals in only 35.71% of their away La Liga matches. 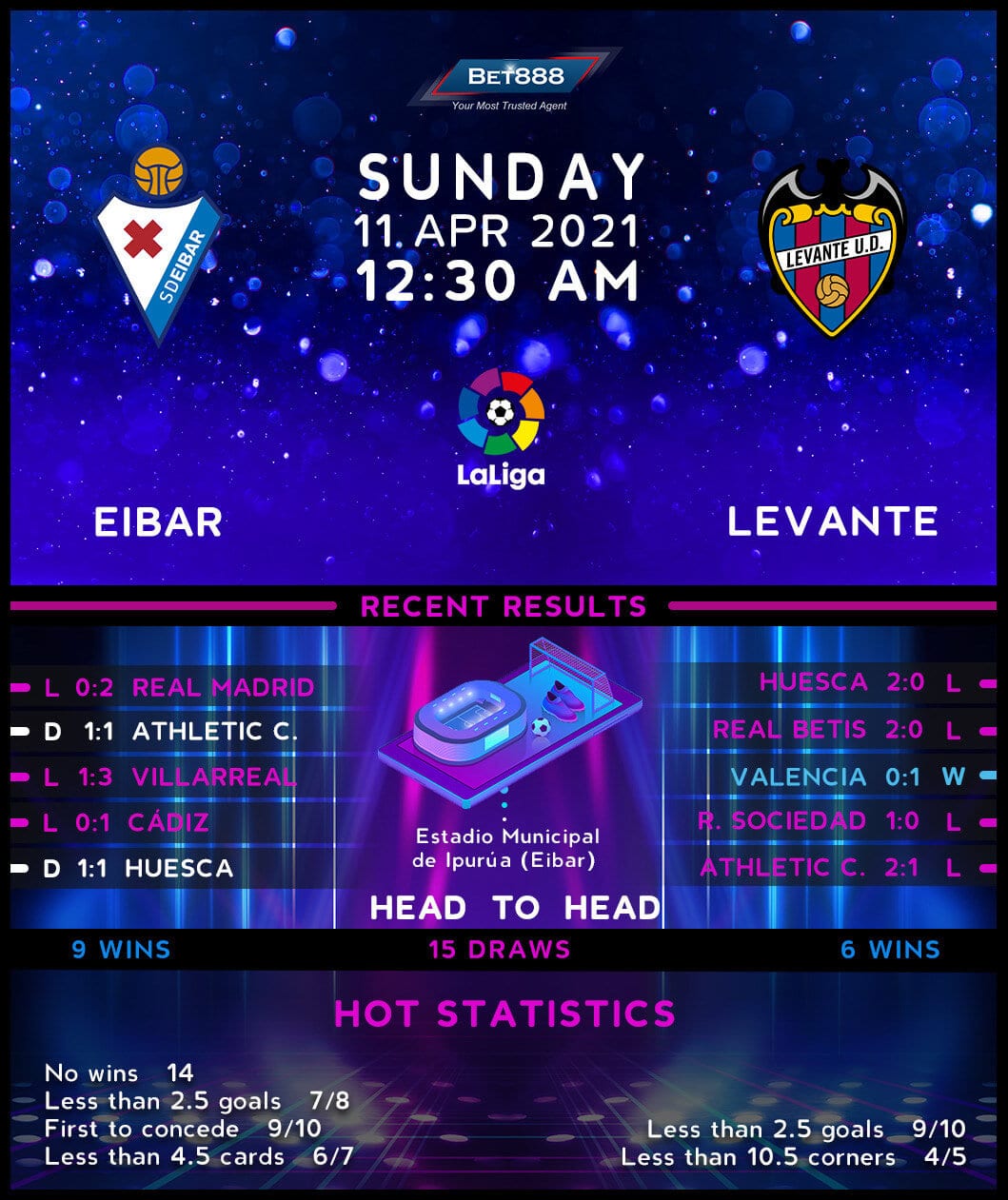