Real Madrid will be looking to extend their winning La Liga run against Eibar to four games when the two teams meet at the Estadio Municipal de Ipurua.

Though unbeaten in their last five La Liga matches since losing 2-0 to Cadiz in late October, ‘Los Armeros’ have drawn four times during that sequence (W1). Low scoring has been a theme for Eibar in recent times, as each of their eight previous league games has featured under 2.5 goals. What’s more, the hosts have failed to find the net in six of their opening seven home La Liga fixtures so far, scoring a league-low one home goal! Indeed, four of those seven contests have yielded the same 0-0 scoreline! Since returning to La Liga, Eibar have suffered five defeats in their six home league matches against Real Madrid (W1), conceding an average of 3.2 goals across those failures.

Meanwhile, Real Madrid seem to have managed to overcome a temporary crisis, going from three consecutive La Liga games without a win (D1, L2) to three league victories in a row, conceding only once in this run. Also, ‘Los Blancos’ have scored at least one goal in six successive away La Liga matches since being held to a goalless draw to Real Sociedad in their first road trip of the season. Remarkably, quick-fire Real Madrid have scored the opening goal in ten of their last 12 La Liga fixtures, though they’ve lost both league games in which they conceded the first goal. Interestingly, none of Real’s last seven matches in all competitions has ended in a draw (W5, L2), with five results (win/loss) in this sequence seeing the winner on the day keep a clean sheet. 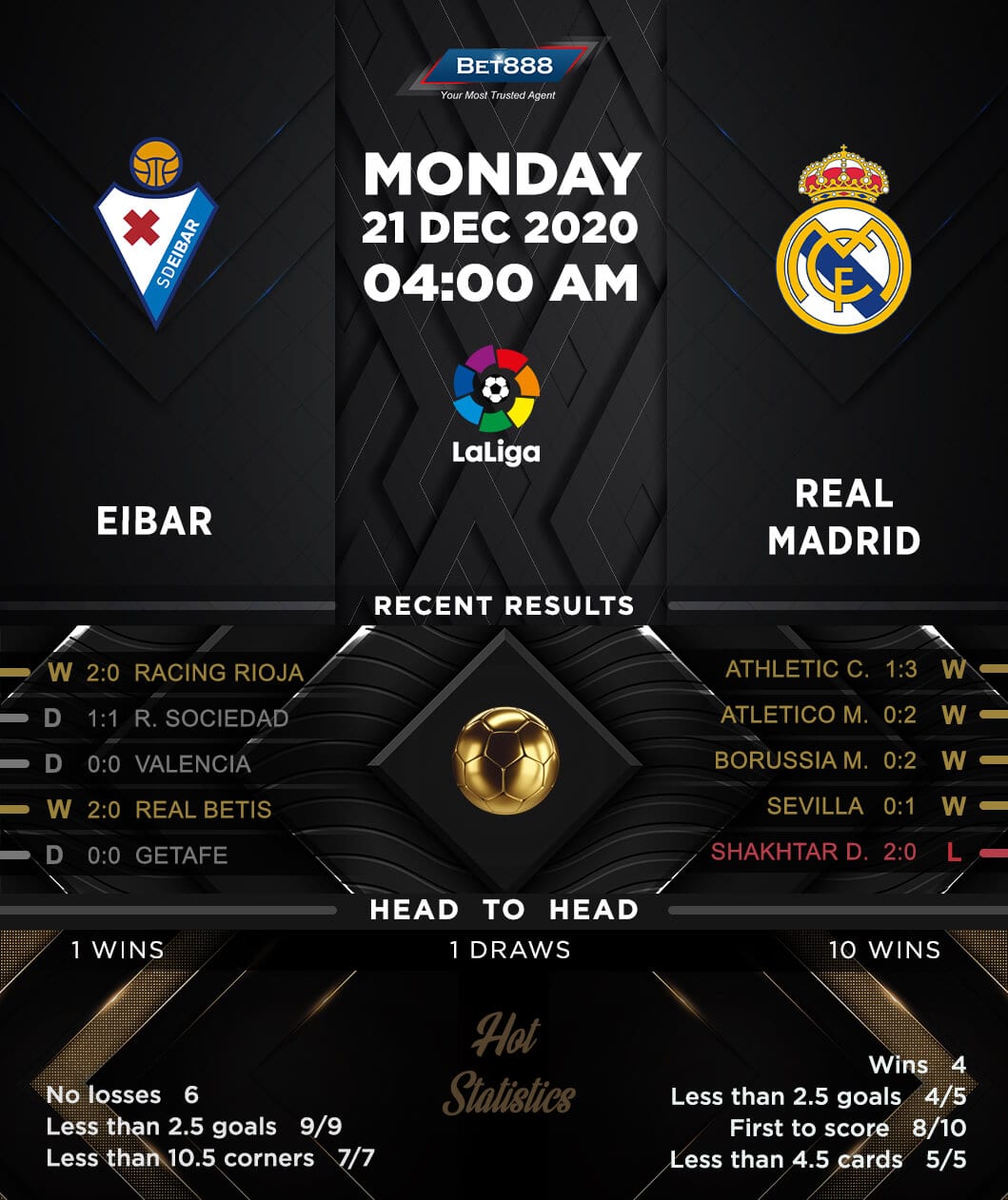