Rock-bottom Eibar are desperate to return to winning ways in La Liga and earn salvation as they entertain fifth-placed Real Sociedad at the Estadio Municipal de Ipurúa.

Nailed to the bottom of the table, Eibar have lost their last four La Liga fixtures by an aggregate score of 12-1. Only three points will do for the hosts, who enter this round trailing 17th-placed Elche by seven points, with only five league games left to go. ‘Los Armeros’ have gone winless in 15 La Liga matches (D4, L11) since a 2-0 home victory at the expense of Granada in their first league outing of 2021. A genuine lack of firepower in the attacking third has seen Jose Luis Mendilibar’s side score a league-low 23 goals throughout 2020/21, managing a miserable average of 0.71 goals per game. In fact, only one team has netted fewer home league goals than Eibar (8) across Europe’s top-five divisions this season. Low scoring has been a common theme in Eibar’s home La Liga matches this term as only four of 15 have featured over 2.5 FT goals.

On the other hand, Real Sociedad came from behind to beat Celta Vigo 2-1 last time out, ending a run of five La Liga matches without winning (D2, L3). Away from home, ‘La Real’ have picked up just one victory in their six La Liga games since the turn of 2021 (D3, L2), with a narrow 1-0 win over bottom-half-of-the-table Getafe the solitary success in this sequence. Imanol Alguacil’s men now travel to Ipurua, where they’ve suffered four defeats in six La Liga meetings with Eibar (W1, D1), with five of those clashes seeing the sides separated at full-time by under 1.5 goals. Curiously, though, quick-start Sociedad have scored the opening goal (if any) in the second-high ten away La Liga games this season (10/15), going on to win 60% of such fixtures (W6, D2, L2). 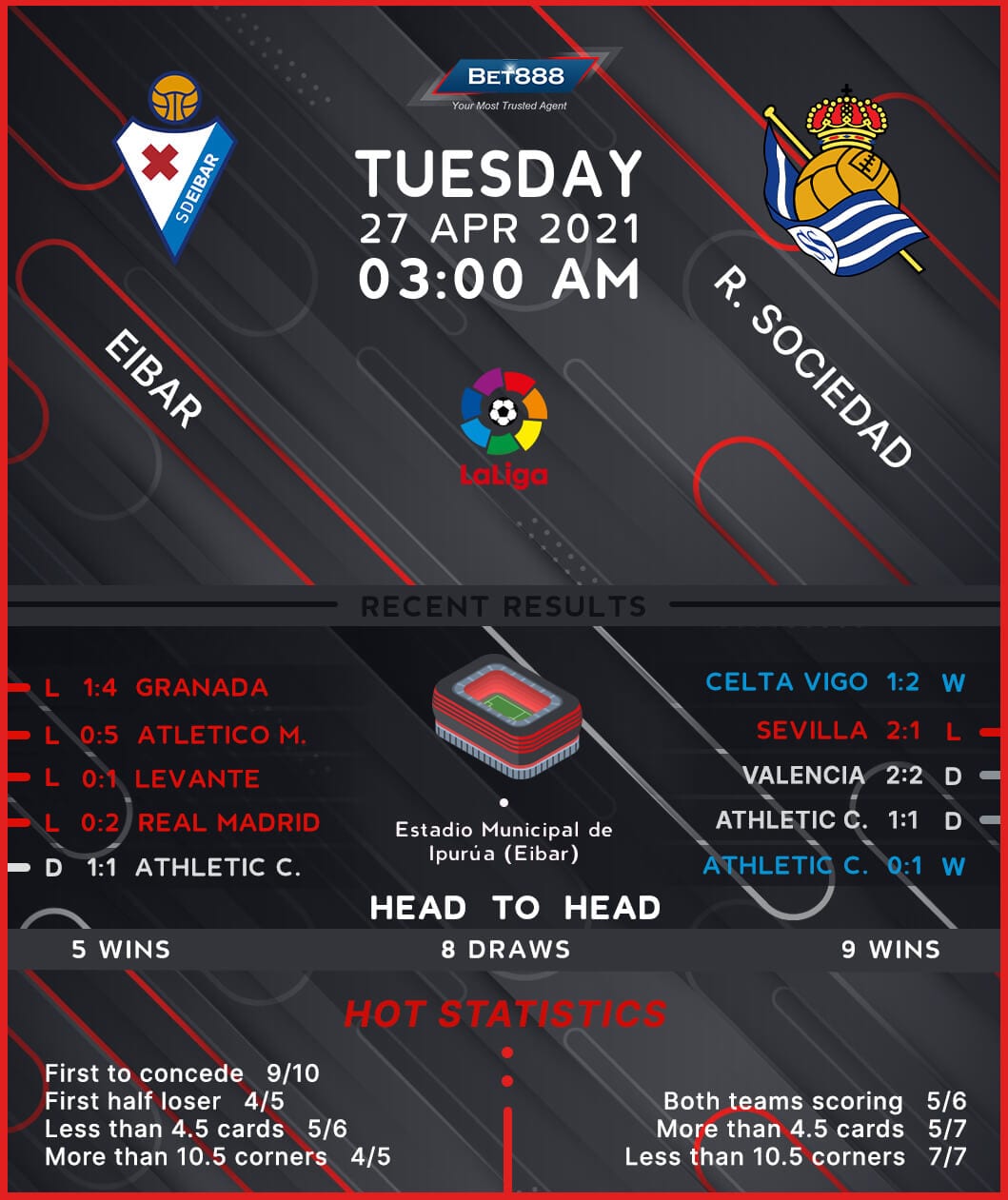