It has been a thoroughly underwhelming start to the new Bundesliga 2 season for underperforming Eintracht Braunschweig as they’ve lost both inaugural 2022/23 league matches by 2+ goals ‘to nil.’ Braunschweig’s tendency to fall apart after the halftime break has seen them concede precisely two second-half goals in both competitive outings this term. Taking into account their results from the tail-end of the 2021/22 season, ‘Die Lowen’ have lost their last four competitive fixtures by an aggregate score of 9-2, failing to get on the scoresheet in three. Yet, they have fond memories of their most recent DFB Pokal clash against Hertha, having run out 5-4 victors in the 2020/21 round two.

Meanwhile, Hertha BSC preserved their Bundesliga status by the skin of their teeth last season, pulling off a second-leg comeback to dispatch Hamburger SV in the relegation playoff final. But Sandro Schwarz’s men have delivered a mixed bag of performances this summer. After going unbeaten in their opening five pre-season friendlies (W4, D1), they have lost the last three on the trot by an aggregate score of 6-2. It’s also worth noting that ‘Die Alte Dame’ have won just two of their nine competitive away matches in 2022 (D2, L5). Both those victories came ‘to nil,’ highlighting the importance of breaking the deadlock. 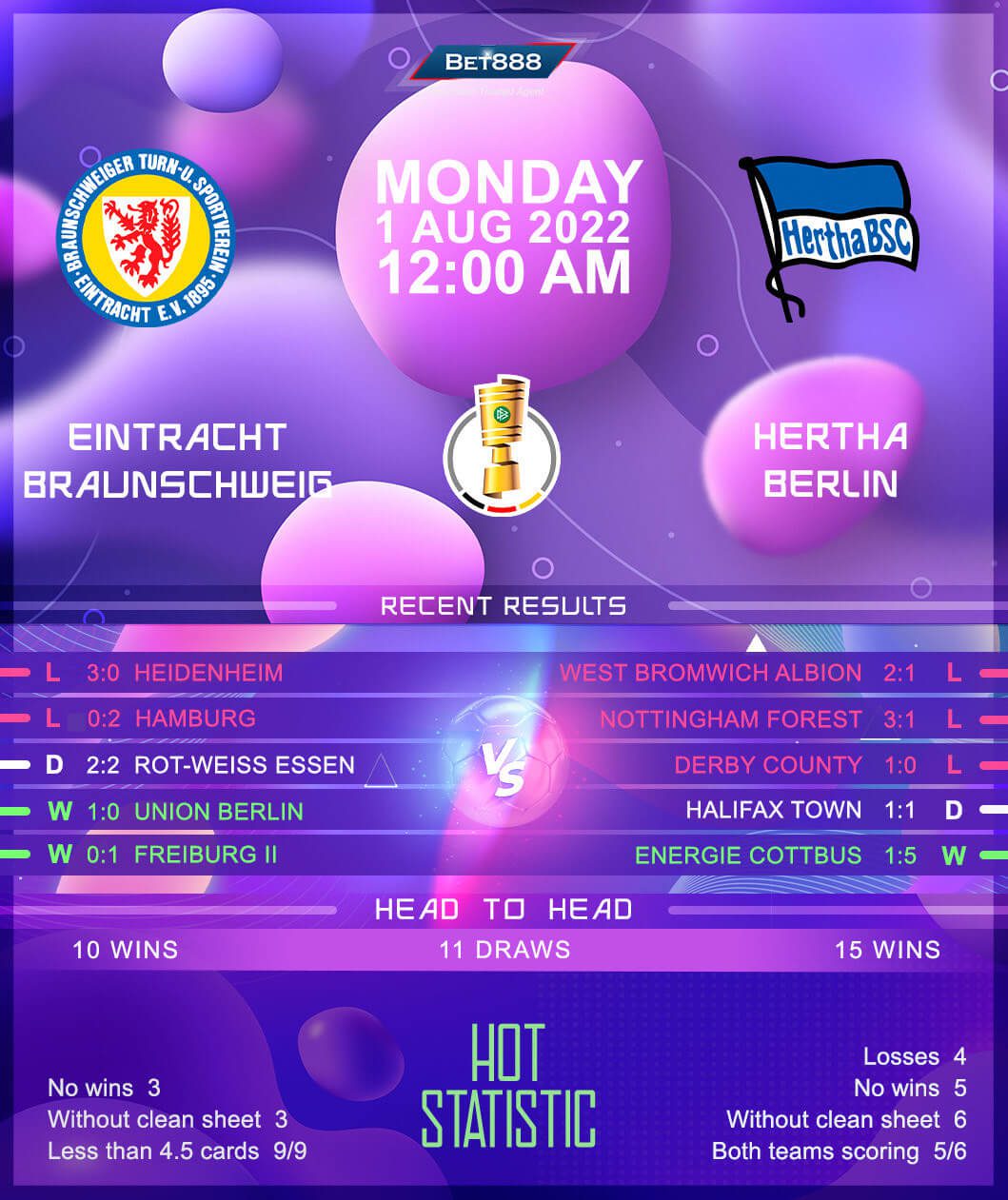