Deutsche Bank Park is the venue as Eintracht Frankfurt and Augsburg go head-to-head in an exciting Bundesliga encounter.

A humiliating 4-0 defeat to Borussia Monchengladbach last time out halted Frankfurt’s five-game unbeaten Bundesliga run (W3, D2), though they remain in fourth ahead of the kick-off. Before drawing a blank at Borussia-Park, ‘Die Adler’ had found the net in 23 consecutive league fixtures, netting 2+ goals on 16 occasions in the process! Notably, Adi Hutter’s men go into this showdown as one of only two sides yet to lose at home this Bundesliga campaign (W8, D6). Bringing the 2019/20 season into the equation, Frankfurt are unbeaten in their last 16 home Bundesliga games (W10, D6) and are only one match short of equaling the club’s record from 1993 (17). However, their defensive woes have seen Eintracht keep a joint-low three clean sheets this Bundesliga season, last doing so in a 2-0 win over Koln in mid-February.

Meanwhile, a goalless home draw with Arminia Bielefeld last time out means Augsburg have drawn a blank in three of their previous four Bundesliga outings, as the visitors lament the division fourth-low 29 goals scored this league campaign. Additionally, the ‘Fuggerstädter’ have netted a miserly average of 0.85 goals per Bundesliga trip this season, scoring under 1.5 goals in 13 consecutive such contests since a 3-1 win at Union Berlin on Matchday 1. Heiko Herrlich’s men have conceded seven unanswered goals in their last two Bundesliga meetings with Frankfurt (L2). Interestingly, they’ve lost back-to-back top-flight H2Hs, as many defeats as they had in their previous 14 meetings in the competition (W7, D5, L2). Augsburg’s lack of capacity to recover after falling behind has seen them lose 88.89% of the Bundesliga fixtures in which they were trailing at half-time this season (GP9 – D1, L8). 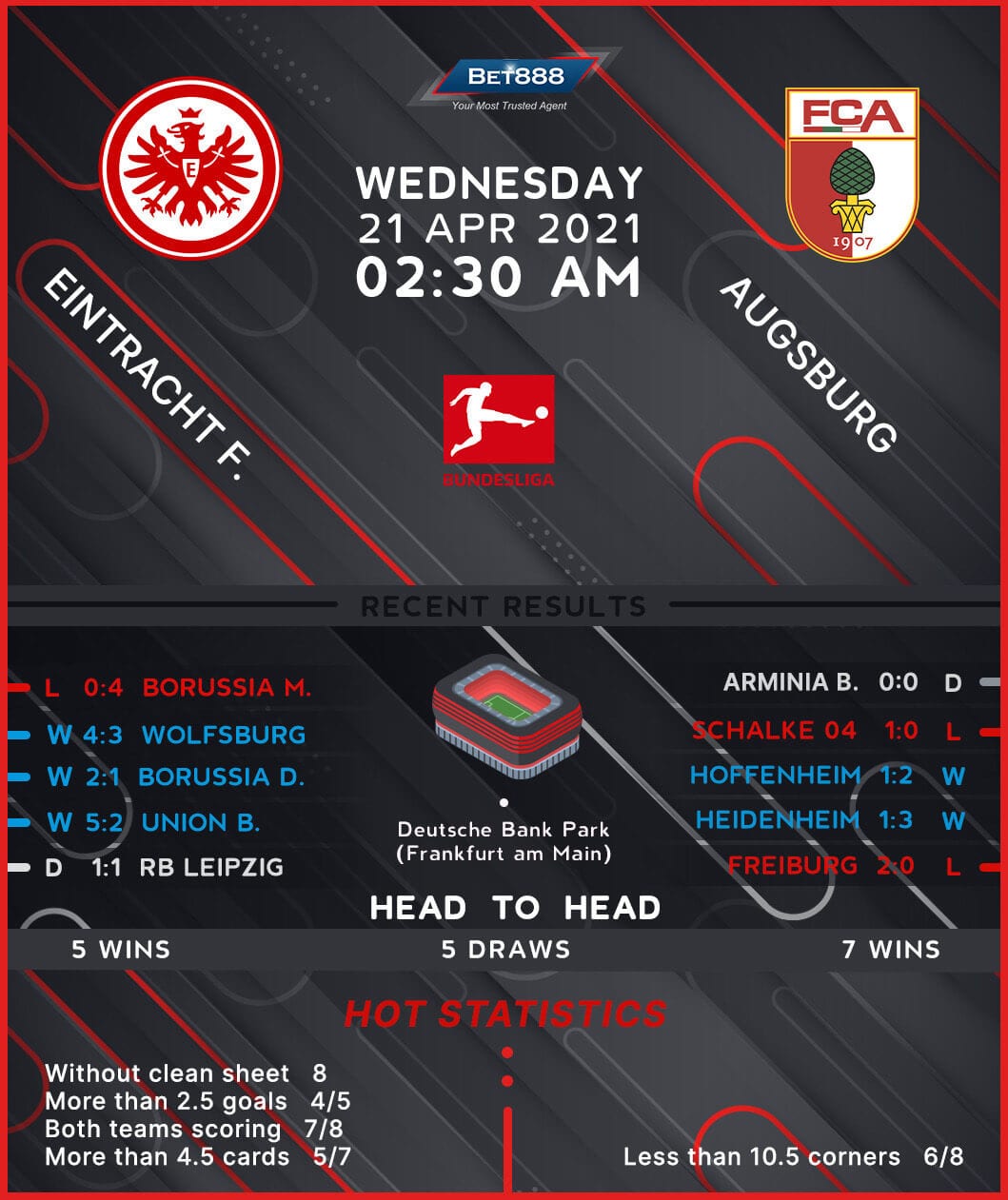