Eintracht Frankfurt and Bayer Leverkusen go head-to-head at the Deutsche Bank Park in a potentially high-scoring Bundesliga contest, as all of their last five such meetings have featured over 2.5 goals.

Eintracht Frankfurt won their final Bundesliga match of 2020 at Augsburg (2-0), bringing a dismal nine-game winless league run to a halt (D7, L2). Although they have not lost any of their six Bundesliga home fixtures this season, they have drawn five of them, including the last four (W1). Curiously, all but one of those stalemates have come by the identical 1-1 scoreline. Against this backdrop, none of their 18 previous top-flight meetings held at this venue has produced a draw (W8, L10). Remarkably, none of the 70 Bundesliga showdowns between these sides has ended goalless! So, ‘Die Adler’ will be confident of getting on the scoresheet here, especially considering they’ve found the net in eight consecutive home league games, last season included.

Meanwhile, a 2-1 home defeat at the hand of Bayern Munich on the eve of the Christmas break did mark Leverkusen’s first Bundesliga reverse this season (W8, D4). However, Peter Bosz’s men have yet to lose on the road this season, winning each of their last five league trips (D2). Notably, ‘Die Werkself’ have scored an average of 3.25 goals across their four previous away Bundesliga matches, hitting the net within 30 minutes on each occasion. Particularly dangerous from set-pieces, Leverkusen have fired in a league-high 13 goals from such plays! At the other end of the pitch, Bayer boast a league joint-best defensive record of just four goals conceded across their first seven Bundesliga trips. Notably, they have not lost any of their three Bundesliga games in which they conceded the opener (W2, D1)! 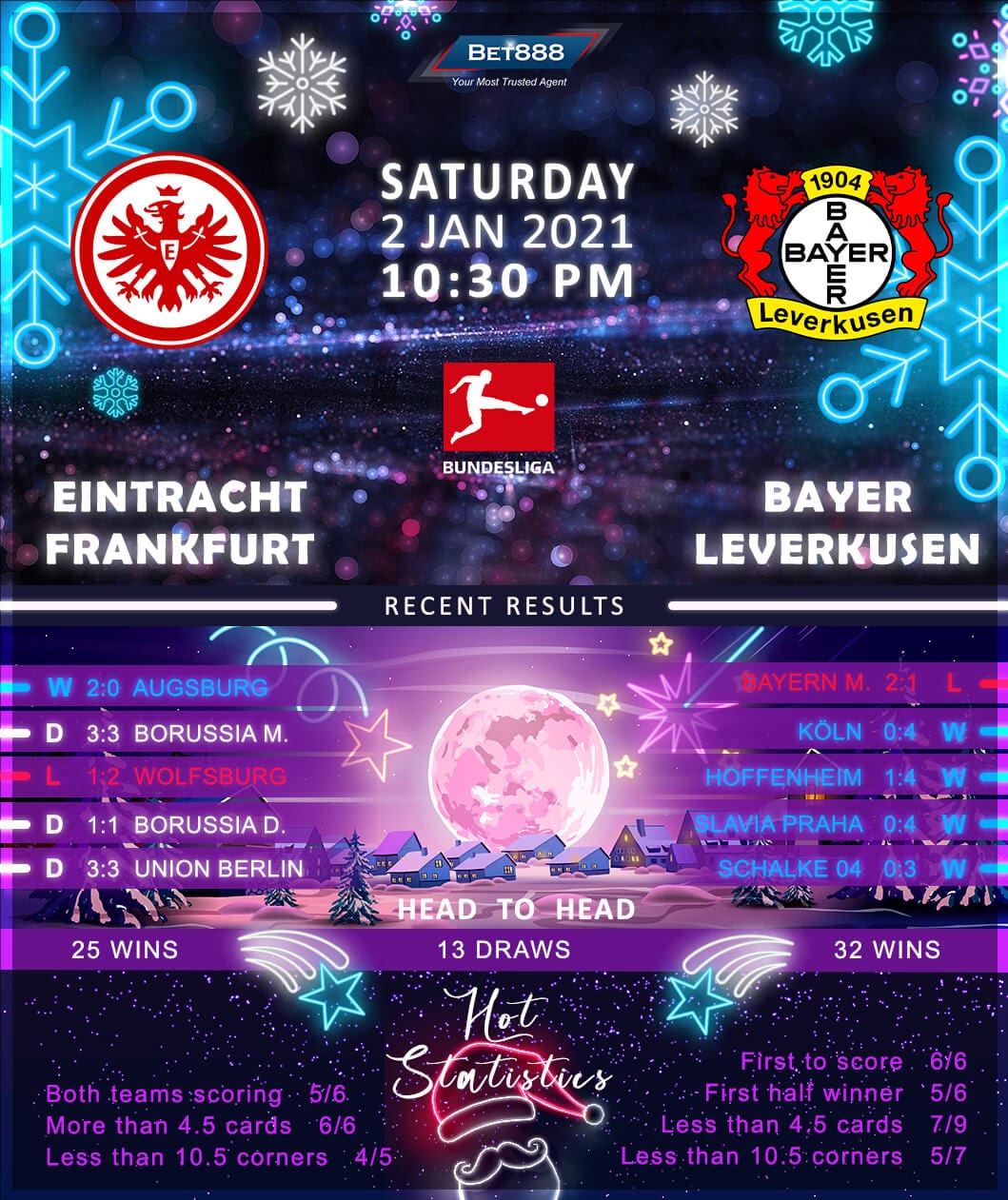